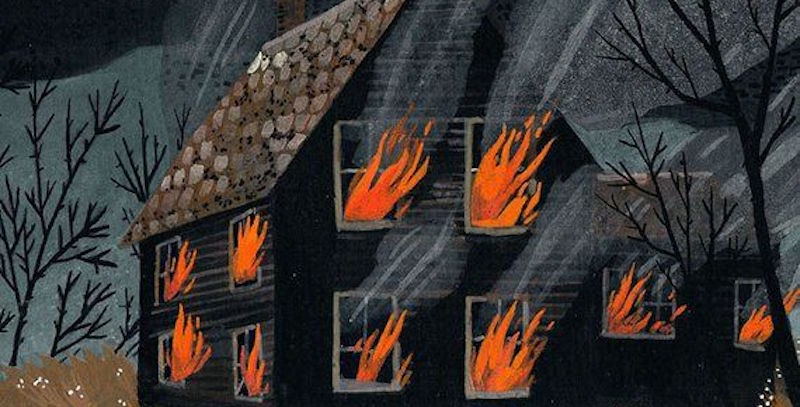 We Are All Unreliable Narrators When It Comes to Family

My brother is a soldier in an Army special forces unit. When he drives between Fort Bragg and his girlfriend’s Massachusetts dorm, he sleeps on an air mattress in my kitchen. Last time he came through, we sat up late trading stories about our father. I was about to publish a collection of poems partly about growing up with him, and my brother wanted to compare notes. It got worse after you left, he said. He meant when I moved away for college. He was eight and our father was teetering on a precipice: a severe alcoholic, he’d stopped working, stopped talking to friends, seldom left the basement. Me, our mom, and my brothers all lived upstairs; he lived in the cave below. The stories my brother told me that night, most of which I was hearing for the first time—of our father belittling him, taunting him, the unpredictable rule-making, the creative punishments—seemed to me a blend of fact and fiction: on the one hand true, on the other  warped by bitterness and distance.

But was my version of him more accurate? When I first started writing about our father, I tried to represent him as truthfully as possible. But in the eight years I spent writing the poems that would become my book, I found myself making him a better person than he was. Less violent, less vicious. More thoughtful and self-aware. I left out the time he slammed my head into the edge of my desk, splitting the bridge of my nose, blood spattering the open textbook. All the afternoons he jimmied open a basement window and lowered in sleeves of Jim Beam nips, then strolled in the front door and announced he was getting sober. How it got to where he’d piss in the basement sink, stumble up the stairs only to rage at our mother or hit me up for cash to blow at the VFW bar. He was a real bastard, my father. It dawned on me, listening to my brother speak, that my aim in writing the book was to transform him into someone more complex, more sympathetic. Someone worth grieving.

And yet he really was a better man than I can remember clearly. If I look at that man straight on, he blurs and vanishes. All those years he was a single dad, dropping me, an infant, with his ex-wife’s parents while he scrubbed creosote from the chimneys of central Massachusetts, then came back filthy to pick me up. How when I was young he gave me books, the science fiction and fantasy novels he loved—Robert Heinlein, Terry Pratchett, Mercedes Lackey. Him telling me You’re a smart kid. Go to school. Him loping around the house, goofy in a sleeveless Ron Jon shirt, singing Jimmy Buffet songs off-key, swooping in to kiss our mother on the neck. The only way to get him down on the page is to haul him hand over hand out of that place I can access only when I don’t insist—like that rift between sleeping and waking, where reality and invention have equal gravity.

It dawned on me, listening to my brother speak, that my aim in writing the book was to transform him into someone more complex, more sympathetic.

My father was a real bastard, by which I mean he became one. He wasn’t always, and he wasn’t only. The process of getting him, all of him, on the page was part time-travel, part radical empathy, part pure invention. I had to imagine him as the best versions of himself he ever showed me, as well as the father I more readily remembered, plus the man whose life the last five years—aside from his homelessness, rumors of half-hearted suicide attempts, accidents and surgeries—was a mystery to me. The result is a refraction, a spectrum thrown on the blank wall of the page, a collapsing of his timeline into a person that never existed.

Poetry isn’t constrained by fact. A poem is a sublimation: the world we know is transformed, made new. A poet working with the raw materials of their own life is faced at every turn with a choice: how closely do I cleave to the actual? How and when do I depart? My students agonize over these decisions and most are uneasy when I insist (in the same voice I use on myself) You are not a journalist. Do what’s best for the poem.

The next morning, before he drove back to base, my brother picked up an advance copy of my book and started going page by page, meticulously, asking me what was real and what wasn’t. He came to “Deciding,” a poem about a house-fire in our neighborhood, and stopped—I remember this, he said. You carrying Noah up the driveway. The reflection of the fire in the windows. He even remembered, he said, the words I say aloud in the poem: I’m gonna go.

But I never said those words. Yes, the fire happened, but I went out alone and stood with neighbors, watching the house burn. The house was the next block over, so the fire was never reflected in our windows. When I turned around, my arms were empty.

To tell him he was wrong would be to commit the poem to the world of fact—to which it does not belong.

There’s the idea of truth—meaning what actually happened, or at least what we think we remember—and then there’s the truth that artists are after: expansive, resonant, metaphorical. Though these truths are not mutually exclusive, I find my best work is a blend of the two: I transport events across time, put words in the mouths of people who never spoke them, add characters who weren’t there. The people in my poems are sometimes dreamed up, more often an amalgam of people I’ve known, people I’ve loved. The aim is not to make a 1:1 model of my life, but to make, each time, the most arresting representation of what it feels like to be alive.

I didn’t correct my brother that morning. To tell him he was wrong would be to commit the poem to the world of fact—to which it does not belong. And it would be to deny my brother’s experience of the poem—that it felt true—which was, and remains, the greatest compliment ever given to my work.

Our father died in November in an apartment outside Hartford. He was 53. When I think of my brother now, closing my book, laying his hand on the cover, I can’t help but see him as he was at the burial. Tall in his crisp green Class As, lingering after everyone but my sweetheart and I have gone. I watch from the car as he stands stiffly in front of the folding table, laying his hand on the small lacquered box that holds what’s left of our father, saying something I can’t make out. Or not saying, exactly, but humming, a song he remembers from a long-ago radio: looking for my lost shaker of salt. Or he’s in a Red Sox jersey and jeans, shivering hard, fists jammed into his pockets. Or he’s a child in a puffy jacket and Velcro shoes. The halyard clangs against the flag pole. His blond hair lifts in the wind.

All these versions of him are false. They are also true.

Edgar Kunz has received fellowships and awards from the NEA, the Academy of American Poets, the MacDowell Colony, and the Bread Loaf Writers’ Conference. He was a Wallace Stegner fellow at Stanford, and his poems have appeared in Ploughshares, AGNI, New England Review, Narrative, Gulf Coast, and twice in the Best New Poets series. His first poetry collection, Tap Out, publishes in March 2019.

What I Wish My Children Could Learn From My Rural Upbringing 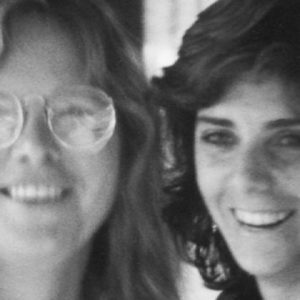 Halfway through What You Have Heard Is True: A Memoir of Witness and Resistance, the American poet Carolyn Forché finds...
© LitHub
Back to top