Meet the Man Brought to Trial for Murdering the English Language

(In the Press, by a Jury of His Enemies)

In the year 1730, a man named Colley Cibber was appointed Poet Laureate of the United Kingdom. His literary contemporaries, notably Alexander Pope, Jonathan Swift, and Henry Fielding, did not think him the least bit worthy of the position—first, they considered him a very bad poet, and second, they were sure that the only reason he got the job was because he was a Whig, like the Prime Minister at the time, but unlike most of the other prominent writers of the time.

But Cibber was not only a poet but also an actor who established and managed his own company, as well as a playwright—though his plays were mostly adaptations of Shakespeare’s works. He had some success as a comedic actor but was roundly mocked when he tried to take on dramatic roles. His poems were parodied, his plays were derided, and in general he was considered to be Bad at Literature, despite his post. Pope in particular loved to attack Cibber in print, modeling oafish characters on him and directly insulting him.

In 1740, Cibber published his autobiography, An Apology for the Life of Colley Cibber, Comedian, which only further inflamed his enemies against him. Case in point: on May 17 of that year, Henry Fielding, under the name Captain Hercules Vinegar, published a piece in The Champion called “The Tryal of Colley Cibber, Comedian, &c. For writing a Book intitled An Apology for his Life, &c. Being a thorough Examination thereof; wherein he is proved guilty of High Crimes and Misdemeanors against the English Language, and in characterizing many Persons of Distinction.” In it, he literally (mock-)tries Cibber in the press:

You stand indicted here by the name of Col. Apol late of Covent Garden, Esq; for that you, not having the Fear of Grammar before your Eyes, on the of at a certain Place, called the Bath, in the County of Somerset, in Knights-Bridge, in the County of Middlesex, in and upon the English Language an Assault did make, and then and there, with a certain Weapon called a Goose-quill, value one Farthing, which you in your left Hand then held, several very broad Woulds but of no Depth at all, on the said English Language did make, and so you the said Col. Apol. the said English Language did murder.

The prisoner pleads not guilty—after he figures out which hand to raise, ha ha, what a doofus—and two witnesses are called to assert that they had “often seen him with a Goose-quill in his Hand, and a Bottle full of Liquor before him.” Fielding is sure to note that “Several Exceptions were taken to the Indictment, as that the Wounds were not described and the English Language was not said to have died, &c. but they were all over-ruled.”

Then Cibber is allowed to plead his case:

Sir, I am as innocent as the Child which hath not yet enter’d into Human Nature of the Fact laid to my Charge. This Accusation is the forward Spring of Envy of my Lawrel. It is impossible I should have any Enmity to the English Language, with which I am so little acquainted; if therefore I have struck any Wounds into it, they have rolled from Accident only. I confess in my Book, that when I am warmed with a Thought, my Imagination is apt to run away with me, and make me talk Nonsense. Besides, if the English Language be destroyed, it ought not to be laid to my Charge, since I can evidently demonstrate that other Literati have used the said Language more barbarously than I have.

Cibber is about to be convicted when someone runs up to the Captain to whisper in his ear that he’d taken out two advertisements in The Champion, “upon which the Captain, not from the Motive of a Bribe, but of the Prisoner’s Submission to his Correction, and likewise considering that he had stood already three Times in the censorial Pillory, and been well pelted, directed the Jury in his Favour.”

The mock trial was a hit. If nothing else, at least Pope and Fielding would be gratified that their names are remembered (by some, at least) almost 300 years later, whereas Cibber’s is remembered by very few. I guess the moral of the story is that bullying works?

Literary Allusion Runs Deep Through the History of Hip-Hop 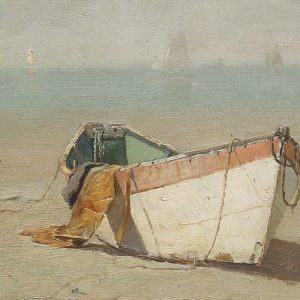 As long as I can remember, I have loved boats and words. When I was about two years old, I was with my parents and three...
© LitHub
Back to top