At the Netherlands Somewhat Glamorous Boekenweek

In the heart of Amsterdam, a large red brick neo-Renaissance building dating from the late 19th century towers over one side of the Leidseplein where crowds of tourists sit drinking beer. It stands on the corner of two busy streets with a taxi stand and trams jingling dangerously over zebra crossings. Today, March 22nd, curious tourists might see a long red carpet being rolled out in front of the porticoed entrance and paparazzi setting up their equipment on either side of the metal barriers. Should they be tempted to slip into the building in the hopes of running into a Hollywood actor or two, security guards will block their path.

Around eight o’clock the show starts. The first stars, clad in evening dress—a rare sight here—walk the carpet. They don’t just arrive by limousine or taxi, but also by bicycle, hiking up their long gowns to step off and double lock. The next day the newspapers publish lengthy photo reportages; the guests, their outfits, and their dates are discussed on TV.

This isn’t a film festival, this isn’t the Oscars, this is Holland’s annual book ball (Boekenbal). Where else in the world do writers get the red carpet treatment and feature widely in the press the next day? Boekenbal is the official kick-off to the Dutch Book Week promotion, and it’s been taking place since 1947. The Book Week itself is even older, dating back to 1932, two years after the inception of the Foundation for the Collective Propaganda for the Dutch Book (CPNB), which was founded by publishers and booksellers to create a lively Dutch reading culture and stimulate book sales. 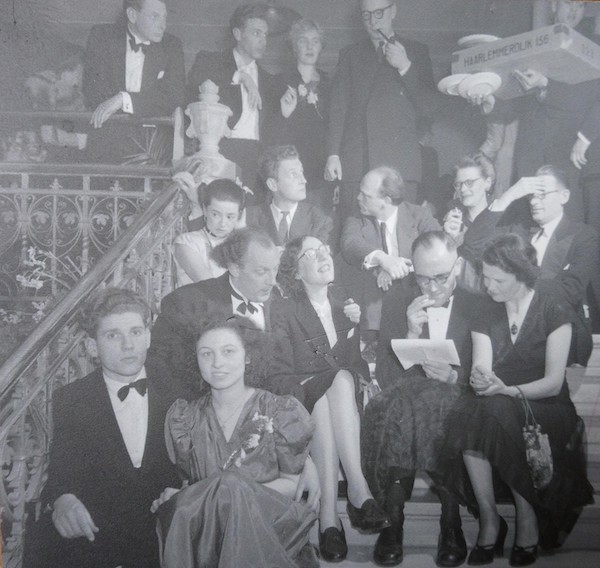 The Dutch Book Week celebration is made up of four elements—a theme upon which to hang backlist promotions in the stores, an opening ball and a Book Week author who writes a short book, usually a novella, given away by all bookshops to customers who spend more than €12.50 (around $14). This year’s theme is the title of a famous 1934 poem by Martinus Nijhoff: De moeder de vrouw. A word-by-word translation would give you “The mother the woman/wife” but there isn’t a satisfactory non-literal translation to be had. If you look at the website of the David A. Reid translation prize you’ll find multiple translations of the poem, 46 in total—including a mediocre one of mine as a beginner translator, none of which come up with a truly satisfactory title. Kate Foley’s introductory note explains that “moeder de vrouw” is generally a working class appellation for “wife and mother” (her indoors perhaps?) but that it might even, given the article, be the name of a boat here.

There are manifold tales of drunken authors and bad behavior, fights and hook-ups that go back through the years…

The Dutch-based English language publishing house World Editions cleverly decided to export the idea of Dutch Book Week with a pilot edition in the UK last year. Christine Swedowsky of the New York office (previously Director of International Marketing at Penguin-Random House) came up with the idea, which was launched with a blog tour featuring authors Renate Dorrestein, Jaap Robben and Esther Gerritsen (see some nice coverage here). This year Dutch Book Week travels to the US for the first time with novels around the theme of motherhood and women included in bookshop promotions.

Since both the Netherlands and Flanders (the Dutch-speaking part of Belgium) celebrate Dutch book week consecutively, World Editions—supported by the general delegation of the Government of Flanders to the US—are flying out three popular Flemish authors: Saskia de Coster, Kristen Hemmerechts and Annelies Verbeke to appear at the New Orleans literary festival, the Virginia Festival of the Book and Politics & Prose, among others. In early April the Dutch writer Christine Otten will give some readings. There will also be book giveaways and an extensive blog tour. For more information, visit the special site.

Boekenbal, the ball with the red carpet, has legendary status in the Dutch literary world. The first edition was held in 1947 in the Amsterdam Concert Hall. These days you can count on 900 prominent guests to be treated to a theatrical program in the City Theatre (writers, musicians, comedians). B-listers—there are 500 of them (including myself this year) are admitted later for the actual ball, which involves dancing to cheesy music and networking.

The elitist nature of the event has inspired a Bal des refuses in the past. Publishing houses get a limited number of tickets and must decide which authors to invite (usually those with a new book out, or with a book connected to the theme), and there’s a lot of jostling and lobbying in the weeks before the ball. Other guests include booksellers and librarians, journalists, actors, and the very occasional translator.

For all its glamour, drinks are not free but bought with tokens which you have to acquire in a long queue near the door. Though you pay for it yourself, the beer tastes watered-down and the wine is to be avoided. Wiser ball-goers drink at the pre-ball dinners at publishing houses, or at the chic Hotel American opposite. There are manifold tales of drunken authors and bad behavior, fights and hook-ups that go back through the years… The theatre is decorated according to the week’s theme by art students and from midnight onwards, ball guests can take down and keep the decorations. I have a fish mobile, a book sculpture, and a print of an old photograph in my personal collection.

The Book Week author is always an established name and treated like royalty for a week with extensive press coverage and tours around the country. Given their status, many of these authors have been translated into English, examples include Cees Nooteboom (1991), Arnon Grunberg (1998), Tom Lanoye (2012), Tommy Wieringa (2014), Dimitri Verhulst (2015), Herman Koch (2017) and Griet op de Beeck (2018).

Griet op de Beeck talks about her time on her blog: “It’s impossible to describe my experiences as author of the Book Week gift during the […] Book Week. All those people, their stories, all those bookstores, theaters, libraries I was invited to read in, all those media appearances. Life is intense and literature can apparently really mean something, which I was able to establish to my happy astonishment.”

The gift book, with a current print run of around 800,000 copies, has been around as long as Book Week. It can mean a further break-through for an already established author. An added bonus for book buyers is that the gift book functions as a free train ticket on the last Sunday of the promotion. You can travel anywhere in the Netherlands for free that day, just as long as you’re carrying the gift book. You might even come across the Book Week author giving a reading in your train, which happened to my daughter and me in 2016—there she was, Esther Gerritsen, quite by coincidence, performing in our carriage.

Michele Hutchison is a British writer and translator, mainly of Dutch-language literature. She won the 2020 International Booker Prize for her translation of The Discomfort of Evening by Marieke Lucas Rijneveld. She was also awarded the Vondel Prize 2019 for her translation of Stage Four by Sander Kollaard. Her translation of Ilja Leonard Pfeijffer’s Grand Hotel Europa has just been published by Farrar, Straus and Giroux. 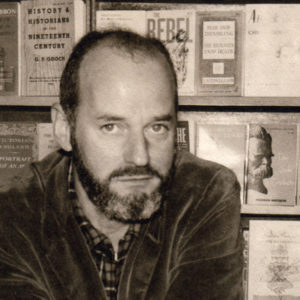 My first year at Sonoma State, the school I finally was serious enough to graduate from, I was taking my first poetry writing...
© LitHub
Back to top
Loading Comments...