TODAY: In 1869, William Strunk Jr., an English Professor at Cornell University and author of The Elements of Style (1918) (later revised and expanded by his former student E. B. White) is born.

I know this isn’t the kind of place you can write an essay about: The problem with writing about Florida · Never-before-published Hannah Arendt on what freedom and revolution really mean · Was Jane Eyre written as a secret love letter? · I had to meet her, plain and simple: Working as an assistant to Adrienne Rich · Can you really have a book club for 8 million people? On the inaugural One Book, One New York project · People are ready to vote for something, not just against it: An interview with Naomi Klein · How an oddball nerd hobby (Quidditch) grew into a semi-professional sport · The rise of women-only literary spaces, UK edition · On our fascination with missing girls and the bizarre lack of women in the room where it happens · Charles Simic literally writes in the dark: In conversation with a great American poet
This week on Book Marks:
The wizardy inside: Harry Potter and the Sorcerer’s Stone turns 20 · From 1984, E.L. Doctorow on Milan Kundera’s The Unbearable Lightness of Being · Back in 1957, The Nation Review panned Ayn Rand’s “excruciatingly awful” Atlas Shrugged · From The New York Times, Jennifer Egan on Nick Laird’s new novel of sectarian violence and buried secrets · “Between the music and the drugs, there is only horror”: on the 40th anniversary of its publication, a review of Michael Herr’s Dispatches · Toscanini, Naomi Klein, artificial intelligence, and more: the best-reviewed books of the week
Lit Hub Daily
Share: 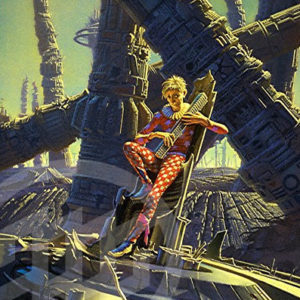 This week in literary film and television news, old things were made new again. That is, an old television show based on an older...
© LitHub
Back to top