Was Jane Eyre Written as a Secret Love Letter?

An Autobiography Transformed Into a Novel

In the summer of 1846 Charlotte Brontë faced two crises. Both she wished to keep secret.

First: due to cataracts, her father was going blind. Why was this so calamitous?

As a Church of England parish priest Patrick Brontë enjoyed a small but permanent income, a large rectory that was home for his children, sister-in-law, and servants, and the social status that made him a leader in his community.

His children, now all adults, had enjoyed a happy and secure childhood living in the Haworth parsonage. Crucial to all four had been the constant writing of fiction and poetry. Virtually all of it remained unpublished. When they reached maturity, it was time for the young Brontës to find work to help support the family. In this they failed. Charlotte, when she was 19, and Anne, when she was 20, got brief jobs as governesses; Emily, at 20, taught for some months in a boarding school for girls; but all soon  returned home. Branwell, also at age 20, tried being a tutor in the home of a clergyman, had a love affair with the lady of the house, and was expelled.

Now, all of them were threatened by Patrick’s blindness. If he lost his eyesight, he lost his post as parish priest, lost the rectory that was the family home, and lost his standing as a leader in the community. And with his children seemingly incapable of earning money, how would they survive?

This then was the family crisis. One laced with embarrassing details which proper, Victorian families would wish to remain secret.

As the oldest daughter, Charlotte felt responsible for rescuing the family. So for example she took it upon herself to care for her father’s health: finding him a specialist in Manchester willing to operate on his eyes and setting a date for the operation.

As Charlotte was managing this, she was experiencing a second, entirely secret, and intensely personal crisis. Several years earlier, in February 1842, hoping to win financial independence for the family by starting their own school, Charlotte and her sister Emily set off for Brussels to study French, thinking they could use this skill to attract students. There Charlotte, 26 years old, fell in love with Constantin Heger, the husband of the woman running the school. Returning home in January of 1844, Charlotte began writing passionate love letters to him, which first met with an alarmed and distant response, and then silence.

Haunted by “searing regrets,” Charlotte took her father to Manchester in August 1846. During the days and weeks following the operation, while her father rested his eyes in an adjoining darkened room, she started writing the novel that would become Jane Eyre.

Certainly money, to fulfill her responsibilities to protect and sustain her family. Though not necessarily something to trumpet publicly either in the small town where the family lived or even in the great world of London and its literary elite.

The other hope? The further reason for writing? The secret letters to Constantin Heger probably ended in November of 1845. The unstated fantasy driving the writing of Jane Eyre, which she began drafting nine months later, was in all likelihood to create a novel of romantic love that would achieve—through imagination—the fantasy fulfillment of an adulterous passion that was never to be hers. It would be a letter to him. At least in a novel, Brontë could have the heroine voice her own feelings, addressing them not to Heger but to the fictional Fairfax Rochester: “All my heart is yours . . . and with you it would remain were fate to exile the rest of me from your presence forever.” Jane’s words, but Charlotte’s defiant message. Here, certainly, was an even stronger reason for Brontë to maintain what soon became her fierce insistence to her closest friends that she had not written a novel.

And so it appeared with a title page reading: Jane Eyre. An Autobiography. Edited by Currer Bell.

And yet, given her limited experience of life and of people, what else did Charlotte have to draw upon as she desperately began to write? Indeed, she later confessed herself lacking that “knowledge of the world, whether intuitive or acquired” enjoyed by the “eminent writers” of the day. How was she to create the highly detailed world of this novel, with its story of dangerous and passionate love, and its spiky, independent-minded, risk-taking heroine? She turned inward. Ironically, Jane Eyre became, as the seemingly mysterious title page proclaimed, an autobiography, drawn both from Brontë’s personal experiences and a rich and long-standing fantasy life.

She was well aware of what she was doing. In a letter dated November 6, 1847, using her pseudonym “C Bell,” she describes for G. E. Lewes, who was preparing a review of Jane Eyre, the two sources she had used for her novel. She begins, “You warn me to beware of Melodrama and you exhort me to adhere to the real,” and she notes, “When I first began to write, so impressed was I with the truth of the principles you advocate that I determined to take Nature and Truth as my sole guides and to follow in their very footprints.” And for this reason she carefully “restrained imagination, eschewed romance; repressed excitement . . . and sought to produce something which would be soft, grave and true.” But, she continues, she soon began to worry that to write this way constantly, to be an unremitting realist depending solely on her own experience, particularly given that this experience was “very limited,” not only risked the danger of tedious repetition, but also that the writer might become “an egotist.”

Here we see Brontë’s key anxiety. She doesn’t wish to push herself too much into the foreground. She knows how much of her past life is in her novel and how that could possibly lead to exposure, which she feared. And so, rather teasingly, she moves to the second source for her book: not experience, but imagination; not realism, but fantasy. She concedes that a new demand emerged. “Imagination is a strong, restless faculty which claims to be heard and exercised, are we to be quite deaf to her cry and insensate to her struggles? When she shewes us bright pictures are we never to look at them and try to reproduce them?” Here Brontë alludes to the many crucial and powerful moments in Jane Eyre that depict not those things she had experienced, but rather the “bright pictures” of those things she longed for. It’s telling, and significant, that Brontë gives imagination a feminine gender. It is she who is strong and restless, who cries out and struggles to be heard. For Brontë the answer to her rhetorical question is clear: the dreams of desire have their own rights.

The success Jane Eyre enjoyed from its earliest days is owing to Charlotte Brontë’s conscious awareness of the strategies of “secret history;” that, from the start, this is how she will work: Truth and Imagination, realism and fantasy each given their proper function in the creation of the whole. Both are intensely personal for her: the truth of her experience—much of it derived from a past life of shame, exclusion, and frustration—and the emotionally dominant claims of her imagination. And both, as she could not say to Lewes, are far too intimate for her to admit that they are hers. While she insisted that her invented protagonist had little relationship to her own life, in fact just about everything that the novel reveals about Jane comes from Charlotte’s experience. Indeed, the title page is—perhaps intentionally—quite accurate: this is “An Autobiography,” but one transformed into a novel.

It is thus a book with a “secret history.” In one of the novel’s most amazing and self-revealing moments, near the end of the narrative, Brontë writes about this very topic. A young and very attractive clergyman, St. John Rivers, trying to help Jane, whom he has found near death from exhaustion, quizzes her about her past. Where did she come from? Whom did she know? Though she is at the moment totally dependent upon the sympathy of Rivers and his sisters, Jane crisply replies, “The name of the place where, and of the person with whom I lived, is my secret . . . ” He presses her: “Yet if I know nothing about you or your history, I cannot help you . . . ” Still, she stiffly preserves her silence. Her heroine is never more like Brontë than in this moment when Jane demands to keep her history secret. The novel’s heroine and the woman who invented her will face their crises alone, eschewing the help of others.

In the end, Jane’s words are Charlotte’s: “How dare I? Because it is the truth.” 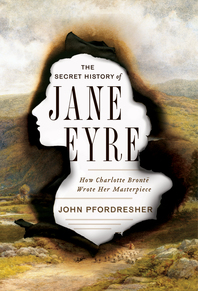 From The Secret History of Jane Eyre. Used with permission of W.W. Norton & Company. Copyright © 2017 by John Pfordresher.

John Pfordresher, a professor of English at Georgetown University, is the author of numerous academic books and essays. He divides his year between Arlington, Virginia, and Florence, Italy. 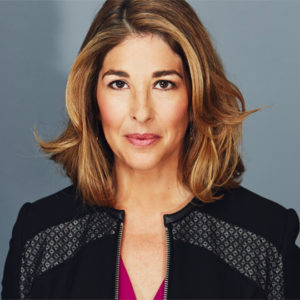