TODAY: In 1599, Edmund Spenser dies in London, followed by burial in the Poets’ Corner at Westminster Abbey.

What do you do when there’s a madman wandering around the White House? Well, if you’re a major national newspaper, you stand up to a government that lies to its citizens. (FILE UNDER: history repeating itself.) • Here is a good essay on writers and their cats, because you deserve a break • From lists to libraries, there’s got to be a better way to categorize the books we love • If it wasn’t for my corporate job, I couldn’t be a novelist (Jillian Medoff would rather talk about sex than reveal how much her novels have made) • How should a Christian writer be? Jamie Quatro on God, sex, and Evangelical America • Forget Orwell and Atwood and all the anointed literary prophets of 2017: allow Gabrielle Bellot to recommend a deep (re)reading of Borges to get you through the end times • The most anticipated crime, mystery, and thriller titles of 2018 (so far) • Translation as an act of political power: Chenxin Jiang on what it means to bring the stories of refugees into English • Do audiobooks count as reading? Writer James Tate Hill fell in love with literature as a visually impaired teen, and wonders what it means to have never really “read” a book • Tessa Hadley and Lucy Hughes-Hallett consider the significance of the country house in literature • 20 famous writers and their early headshots

What the critics wrote about Burn Rate, Michael Wolff’s other infamous book • With Winter, the second volume in her seasonal cycle, Ali Smith establishes herself as a writer for our disorienting times • This week in Secrets of the Book Critics: Jane Ciabattari on Virginia Woolf, Toni Morrison, and the mavericks of the literary world • Mud and Blood and Death and Deceit: three 1930 reviews of Dashiell Hammett’s The Maltese Falcon • A look back at The Palace of Dreams, Albanian literary icon Ismail Kadare’s censored 1981 parable of totalitarianism • Back in 1997, the New York Times wrote about the Joycean messiness of Haruki Murakami’s The Wind Up Bird Chronicle • Ali Smith, Jenny Diski, murderous nannies, and Yellowstone wolves all feature among our Best Reviewed Books of the Week 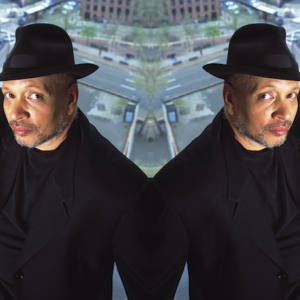 15 covers of Sylvia Plath’s The Bell Jar, ranked from most to least sexist. | Literary Hub Good writers borrow,...
© LitHub
Back to top