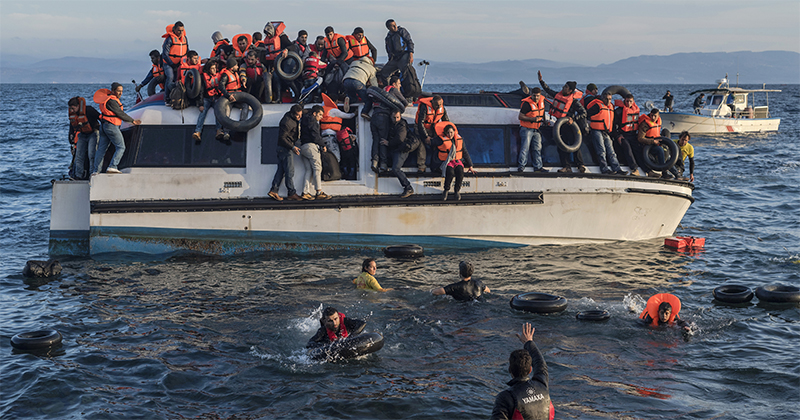 The Political Power of Translation

Chenxin Jiang on Bringing the Stories of Refugees into English

When Angela Merkel opened Germany’s borders to refugees in August 2015, I happened to be spending the summer in Berlin. For days, I did little but watch the news and read about Syrian families and other refugees streaming into German train stations. A year later, I moved to Berlin, keen to do whatever I could in the volunteer effort to welcome refugees. I signed up for a knitting club for Germans and refugees—but as a novice, I was more trouble than help for the organizers. I made a desultory effort to learn Arabic from a Living Language book. Before long, I grew busier with archival work and books to translate, and my store of enthusiasm dwindled. There were tens of thousands of refugees in Berlin alone, so what could any one person do? It never occurred to me that my work as a literary translator—from Italian, among other languages, into English—might have anything to do with the political causes about which I cared so deeply.

Then I received an email from an editor: would I like to translate a book written by an Italian doctor running a clinic on the island of Lampedusa, on the frontline of the humanitarian effort to rescue refugees on the dangerous sea route to Europe? Before I’d even had time to read the whole book, I said yes. And when I did read Tears of Salt, I was even more excited by the prospect of translating it. Together with co-author Lidia Tilotta, the Lampedusan doctor Pietro Bartolo recounts the stories of the refugees he’s rescued: families separated and reunited, women pregnant from rape, tragic accidents at sea. 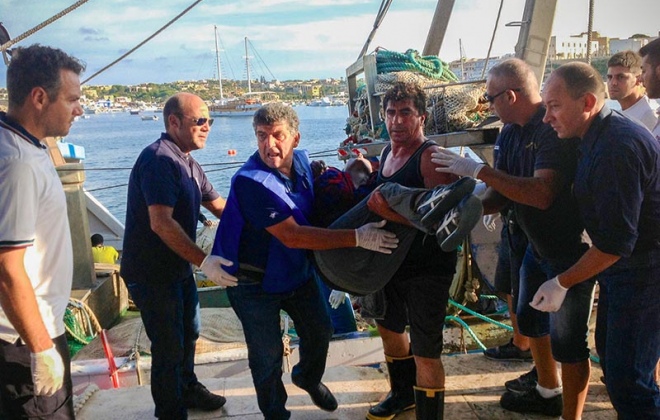 Interspersed with these accounts is Bartolo’s own story of growing up on Lampedusa as the child of impoverished fishermen. Since the island itself had no high school, the young Bartolo was sent to Sicily to pursue an education, eventually returning to Lampedusa to run its only clinic. Choosing to work as a medical doctor on a remote island is, of course, a political act, in that it makes medical care accessible to an underserved community—even if that wasn’t Bartolo’s only, or even his primary, motivation. Nonetheless, when the number of refugees crossing the Mediterranean reached crisis levels, Bartolo increasing found himself drawn into a political conversation about Europe’s identity and humanitarian commitments. These are especially fraught questions on Lampedusa, a small Italian port that’s geographically closer to the Tunisian than to the Sicilian coast, blurring the boundaries between Europe and Africa.

It goes without saying that literary translation, too, is a deeply political act, one that makes particular texts accessible to particular readers by transporting them across linguistic boundaries. Translators often advocate for the authors and books they translate, but we don’t always think of translation as a form of political advocacy per se. Nor should we, necessarily: it’s true that giving sustained attention to an intricate or challenging narrative makes a political statement about what we value, but we don’t read or translate good books only or even chiefly because of the political import of that gesture—we read them because they’re so good, we simply can’t help it.

“It goes without saying that literary translation is a deeply political act, one that makes particular texts accessible to particular readers by transporting them across linguistic boundaries.”

That said, some books particularly foreground the political dimension of the translator’s task because of their immediate political relevance—and once I thought about it, I realized that I’ve often been drawn to them in the past. The very first book I translated was a memoir of the Chinese Cultural Revolution, a deeply traumatic episode that’s glossed over in Chinese schools and barely addressed in Hong Kong, where I grew up. Ji Xianlin’s The Cowshed was, by all accounts, the most widely read memoir of the Cultural Revolution in China itself; I thought it should also be made available to readers of English. But that, of course, would only happen if someone translated it.

And that, of course, is what translation does: it makes the perspective of an Italian doctor on Lampedusa—a story in which much of the dialogue is itself translated from Arabic and Sicilian—accessible to a reader in Newcastle or New Mexico. In Tears of Salt, Pietro Bartolo puts forward what  he thinks is the right solution to Europe’s humanitarian dilemma, given that the crisis of forced migration is far from over. It’s not one I fully agree with, but that’s beside the point: what matters is that through the English version of Tears of Salt, his perspective becomes part of the conversation about how receiving countries should react. English-speaking countries have received relatively few refugees compared to the untold numbers entering some continental European countries and the even larger numbers in Jordan or Turkey, so it seems especially important to keep this conversation alive.

Gianfranco Rosi, the Italian director whose award-winning Fire At Sea documented Bartolo’s work on Lampedusa, said of the film: “I want the people who watch the film to come out and say, ‘What’s my position toward this? What can I do?’” That’s a lot to ask from one book or one film, of course—and while I hope that the powerful narrative of Tears of Salt provokes a response from its readers, I don’t have a programmatic aim for what it should achieve. Perhaps my translation of Bartolo and Tilotta’s words will convince a reader somewhere to fail at learning Arabic, abortively join a knitting club, or even succeed in finding some practical way in which she can help. Perhaps it’ll change some readers’ minds and galvanize others. But even if Tears of Salt doesn’t directly move its readers to action, Bartolo’s voice can now be heard in its English translation, and that’s something.

Born in Singapore and raised in Hong Kong, Chenxin Jiang translates from the Italian, German, and Chinese. She is the recipient of a PEN Translation Fund Grant and the Susan Sontag Prize for Translation, and her writing and translations have appeared in The Atlantic, The Guardian, The Nation, and Words Without Borders. She is currently a PhD student in the Committee on Social Thought at the University of Chicago. Her latest translation, the international bestseller Tears of Salt: A Doctor’s Story by Dr. Pietro Bartolo and Lidia Tilotta, will be published by W. W. Norton in January. 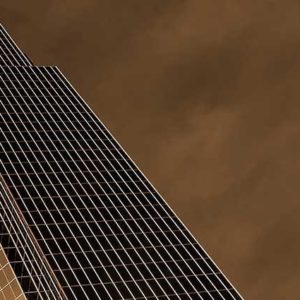 As a management consultant, I talk about money all day. Since it’s my client’s money—not my own—these conversations...
© LitHub
Back to top
Loading Comments...