If It Wasn’t For My Corporate Office Job, I Couldn’t Be a Novelist

As a management consultant, I talk about money all day. Since it’s my client’s money—not my own—these conversations are more transactional than emotional; they’re not personal, it’s business. When I talk about my own money (particularly my book money), however, it’s entirely different. Offering even cursory details has the air of confession; I feel exposed, vulnerable and can barely choke out words. I’d rather describe my darkest, dirtiest sexual fantasies than tell you how much I’ve earned writing novels. But this essay is about my corporate career, which means it’s mostly about money; to tell it right I have to come clean.

I sold my first novel, Hunger Point, for $100,000. This was back in the mid-90s when six-figure advances weren’t as rare as they are now. Still, it was a very nice chunk of change for an unknown debut that also happened to be my MFA thesis. On top of the advance, I sold foreign rights to several countries ($15,000); a feature film option that was re-upped a few times ($135,000); a cable movie option, and later, payout of that option ($85,000) when the movie was made (Hunger Point, starring Barbara Hershey and Christina Hendricks). All told, I earned the equivalent of a four-year education at a top-tier private college. (And, for the record: Clive Owen, steam room, dead silence.)

At the time of the sale, I was employed by Deloitte, a professional services firm, making $70,000 a year, plus bonus. After taxes, medical premiums, 401(k) contributions, and other incidentals, I netted around $35,000. I was subletting a studio apartment in Manhattan (ka-ching!), so after rent, food, commuting, clothes, shoes, bags, cosmetics, therapy, booze, books, and trips to Atlanta to visit my parents, I was living paycheck to paycheck.

It was perfectly reasonable, then, for my accountant to suggest that I leave Deloitte and write full time. “Look at the numbers,” he said. “Why continue to work at a job that pays less than what you earned selling one book?” Are you fucking crazy? I thought. “This is just a one-time thing,” I told him. “Besides, I don’t know if I could write if I didn’t work.”

For many authors, art comes from chaos. For me, it’s the opposite. In fact, having steady, stable employment is what affords me the freedom to write fiction. When I was a kid, my family struggled financially; by my senior year in high school, we’d moved 17 times. So I understood very early that the way I eventually earned money would have to be separate from my writing life; to my mind, a corporate job not only offered financial security, it also ensured that I’d never be forced to write solely as a means to pay rent. As a result, I’ve been able to pursue two distinct, unrelated careers over the past few decades: becoming a solid corporate citizen during business hours, while earning an MFA and publishing four novels in the shadows.

Office life isn’t for everyone, but it’s definitely for me. By nature, I’m a hard worker, obsessively organized, self-motivated, self conscious, and anxious to please, traits that serve me well in the workplace (that also happen to serve me as a novelist). As a consultant, I advise HR executives on how to communicate with employees during periods of change, both large (i.e., mergers and acquisitions) and small (i.e., introducing a 401(k) plan).

Over the years, I’ve worked for Deloitte, Aon, and other Fortune 500 companies selling strategic communications campaigns. Contrary to popular belief, most organizations are committed to their employees’ health and wellbeing. They want to offer comprehensive benefits, opportunities for career growth and work-life balance; they know that a happier, healthier workforce is a more productive workforce. But business is dynamic, and to stay profitable, companies often have to make difficult decisions, like freezing salaries or increasing medical plan premiums. While most employees understand this (or they would if these decisions were properly explained) a surprisingly high number of executives have difficulty relaying economic realities in clear, cogent language—which is why they hire me. I’m an expert in corporate communications, with particular expertise in employee compensation and benefit programs. This means I translate technical, legal and financial jargon into easily digestible language so that employees can understand why management is making changes, how these decisions affect their jobs, and what actions they can take to succeed in the new landscape. Basically, I’m making an argument, which is not unlike writing a novel. Sure, the form and medium differ, but the tools of the craft—precision, accuracy, pacing, plausibility, real-world chronology, emotional heft—are strikingly similar.

When I told my accountant that I needed my corporate job to be an artist, I wasn’t kidding. In fact, of all the reasons why I’ve been able to write and sell novels for 25 years—education (including an MFA), luck, tenacity, talent, privileges that I do/do not see—my corporate career is easily among the top three. Here’s why:

Money: In addition to a six-figure salary plus bonus, I have a pension and a 401(k), all kinds of group insurance (life, medical, disability, Workers’ Comp), 24-hour IT support, office supplies, and a company cell phone. Having job income that’s separate from book income means art is art, commerce is commerce. After Hunger Point was published, I had offers to write a celebrity memoir (think anti-vaxxer blonde bombshell), a YA novel, a TV pilot, the Hunger Point movie screenplay, and a second novel exactly like Hunger Point. I was also asked to join the staff of a fledgling (now very prestigious) literary magazine. Although these projects might have netted big money (except for the lit magazine; sure, it was the 90s, but let’s be realistic), they didn’t interest me, so I passed on all of them. (Instead, I spent four years writing a long, boring, convoluted father-son saga that no one wanted to read, much less publish.) Because I have a day job, I can say no. I can take creative risks, and explore ideas that may or may not pan out. And when a book doesn’t sell—which happened in 1999 (my shitty Vietnam novel), 2005 (an overwrought family drama) and 2008 (another overwrought family drama)—it may kill my ego, but it won’t have any impact on my ability to feed my family.

Structure: Corporate life gives shape to my days. Over the years, I’ve figured out how to exploit downtime to incorporate my writing. I’ve trained myself to toggle between my client assignments and my novels, which means I can wedge a 90-minute writing session into an eight-hour day without much ramp up.

Work habits: I have a laser focus that enables me to dissect a 15-page white paper the same way I approach a 350-page novel. Some projects, like some novels, take three, four, sometimes five years between kick-off and pay-off (my new book, This Could Hurt, took seven), so I’ve learned patience and persistence: chipping away, day in and day out, and setting small milestones to mark my progress.

Commitment: As a workaday employee, I understand in my bones how valuable I am to an organization, which is to say: not at all. I am dispensable, replaceable, a cog in a soul-crushing machine. Therefore, my corporate career helps me define and reinforce what’s important: I work for time to write and money to live.

Quality: My corporate career, like my literary career, has been shaped not by a single client or a single novel but across the whole of my adult life. I’ve had peaks and valleys in both (more valleys than peaks, frankly), and while a modicum of success in one helps assuage failure in the other, neither is guaranteed to last forever. I’m an insignificant employee; embracing this not only makes me grind harder, it also ensures that I’ll produce a better work product. In the office, I live every day with the threat of market downturns and fickle clients, so I take nothing for granted. Similarly, I’m not a brand-name author, so while my anonymity allows me to write free of creative and financial expectations, I do so at my own peril. To say I don’t aspire to greatness would be lying—I do. But greatness to me isn’t measured in dollars earned or units sold; greatness is tackling more ambitious projects, it’s making sure each word matters because I have to prove myself (to publishers, to readers, to myself) with every single book I write.

Rejection: I’ve been fired, laid off, and demoted. I’ve had managers steal my work and skim money off my bonus. I’ve been humiliated, devalued and demeaned. But I can take a punch. Corporate life has taught me how to maintain my productivity in the face of poor sales, lousy presentations, nasty clients, mortifying mistakes and dead car batteries. Same with novel-writing. You think corporate America is cold? The literary life will suck you dry. I’ve been laughed at, ignored, rejected, rejected, rejected, and then rejected. But I’m a working mother who writes novels: I stand up, shake myself off, soldier on.

As it turned out, I was right: my first advance was a one-time thing. Since 1995, I’ve sold three more novels, along with movie money and foreign rights, but Hunger Point remains my biggest payday. There are lots of reasons why: I haven’t published enough, my books aren’t timed to trends, I lack an author platform, I’m not a social media star. Although this paradox—that you can get older, wiser and more proficient in your craft and yet make less and less money over time—is not unique to publishing, it is an impossible business model for a novelist. But I found a workaround. I understand—and more importantly, I accept—that the market will bear what the market will bear, so I keep my head down, do my job, and write my books, while allowing myself the occasional fantasy about steamy showers, Clive Owen, and…

Jillian Medoff is the acclaimed author of the national bestseller I COULDN'T LOVE YOU MORE, as well as the novels HUNGER POINT and GOOD GIRLS GONE BAD. Her first novel, HUNGER POINT, was adapted into an original Lifetime movie.

The Political Power of Translation 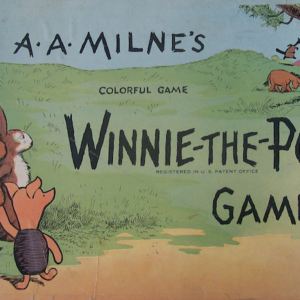 In response to a cease and desist letter from Donald Trump's lawyer, Henry Holt and Co. has moved the release...
© LitHub
Back to top