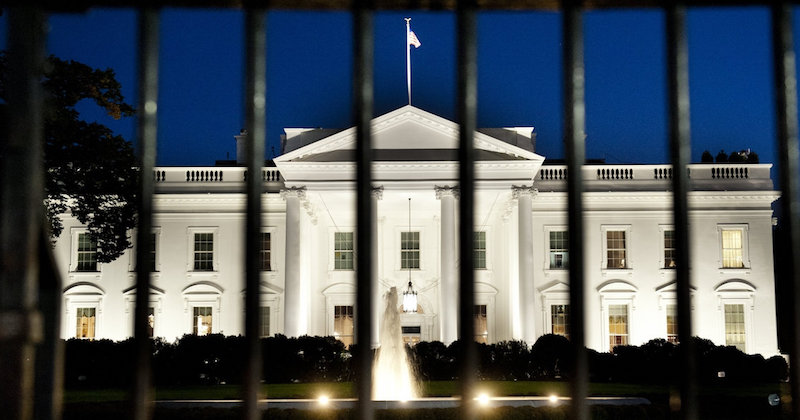 What Happens When There’s a Madman in the White House?

“When the president does it, that means it is not illegal.”

Now his senior aides are shuffling in, eyeing him nervously. Among them is Henry Kissinger, his national security advisor. It is Kissinger who colluded with Nixon to invent the “Madman” strategy. The idea is simple: Make the Russians and the North Vietnamese believe that Nixon is so psychologically erratic, so impulsively violent, that he might launch a nuclear strike in a fit of rage. Nixon and Kissinger believe it could force the Communists to submit to American demands at the negotiating table. They have even staged a full-scale nuclear alert, buzzing the Soviet Union’s borders with nuclear-armed B-52 bombers while Kissinger warned the Russians: “The president is out of control.”

Now, as Kissinger enters the Oval Office, he really is worrying about the president’s state of mind. Since the invasion of Cambodia and the explosion of campus protest, Nixon has been veering into uncharted waters, even drinking his way through sleepless nights. He’s picked up the phone at 3 am and issued slurred orders:

“Bomb the shit out of them,” he’ll say, ordering strikes against North Korea or Syria. Kissinger and the other staff will discreetly put things off until morning, when Nixon will inevitably have little memory of what happened the night before.

“If the president had his way,” Kissinger complains to his aides, “there would be a nuclear war each week!”

Beyond his drunken declarations of war, the president’s behavior just seems . . . increasingly loopy.

One afternoon a Secret Service agent stood vigil as the president fed treats to his Irish setter, King Timahoe. As the agent stared in disbelief, the leader of the free world briefly examined one of the dog biscuits, then popped it into his own mouth.

The whispers were caroming in the White House hallways, especially about how the president behaved last month when 100,000 protesters converged on Washington after the Kent State shootings. The president stayed awake all night, playing classical music at top volume, sipping cocktails, and peeking through a window at the demonstrators’ candlelight vigils. Then he began making phone calls—more than 50 in all—jarring dozens of surprised friends and advisors out of their sleep. Finally, after 4 am, he summoned his Cuban American manservant, Manolo Sanchez, and ordered Secret Service agents to drive them to the Lincoln Memorial.

Climbing up the steps with Manolo beside him, Nixon entered the lair of the hippies. The student demonstrators crawled out of their sleeping bags, astonished to see the president of the United States, the bogeyman himself, interrupting their dreams. “I know most of you think I’m an SOB, but I want you to know that I understand just how you feel,” Nixon announced.

As the students rubbed sleep out of their eyes, the president rambled on about his desire for peace and his admiration for Winston Churchill, whom Nixon had originally believed “was a madman.” Secret Service agents tried to pull him away, but he kept talking. He discussed college football and traveling abroad, and he recommended the students surf the beach near his home in San Clemente, California.

The kids were spooked. “He didn’t look at anyone in the eyes; he was mumbling,” one said later. Another told a reporter, “He looked scared and nervous like he was in a fog. His eyes were glassy.”

The Secret Service tried to coax him back to the White House, but Nixon insisted on taking Manolo to Capitol Hill. It was nearly dawn when the president ordered the House of Representatives unlocked. He took a seat and asked his manservant to make a speech from the speaker’s dais, from the same podium used for State of the Union addresses.

“Manolo, say something!” the president commanded. Finally, the reluctant man, speaking in fractured English, stepped forward and spoke briefly about how proud he was to have become an American citizen. The audience—Secret Service agents, a nighttime cleaning woman, and two of the president’s aides who had been alerted to what was happening—stared at the scene. As Manolo concluded his brief remarks, Nixon’s hands slowly slapped together, the lonely clapping echoing through the nearly empty chamber.

Nixon’s chief of staff, H.R. Haldeman, had arrived just in time to see the president applauding his personal valet in the House chamber. At home, Haldeman wrote in his diary:

“The weirdest day so far. I am concerned about his condition . . . there’s a long way to go and he’s in no condition to weather it.”

In the Oval Office, Haldeman, Kissinger, and Nixon’s other senior aides watch carefully as FBI director J. Edgar Hoover and CIA director Richard Helms arrive and take their seats. Nixon has summoned them—and all of his intelligence chiefs—for an emergency strategy session to deal with the enemies at home.

The president launches into an angry tirade. He says that young people are “determined to destroy our society” and are engaging in “revolutionary terrorism.” He is certain that the provocateurs are being financed by a worldwide Communist conspiracy, all with the goal of bringing America to her knees.

“Good intelligence,” he says, is “the best way to stop terrorism.”

Next, Nixon demands a tight, coordinated plan to defeat and destroy the enemies. He has ideas about how to proceed: widespread electronic surveillance, a secret campaign to intercept and monitor private mailings, burglarizing homes and offices, planting bugs, rewarding informants, planting undercover spies everywhere.

His intelligence advisors are stunned. The plan the president is proposing is clearly illegal. Nixon goes even further. He says the CIA has to become involved in domestic espionage against American citizens, in clear violation of national law.

Nixon’s words settle in. No one says it out loud, but several are scared by his recklessness. If they get caught carrying out any part of the plan, it will ruin their careers and probably bring down the administration. Nixon preempts any resistance from his aides: “When the president does it, that means it is not illegal.”

The president’s aides exchange quick glances. Maybe the whispers are true. Maybe Nixon’s no longer simply pretending to be a madman. Maybe he is becoming one. And maybe he’s taking them all down the same road. 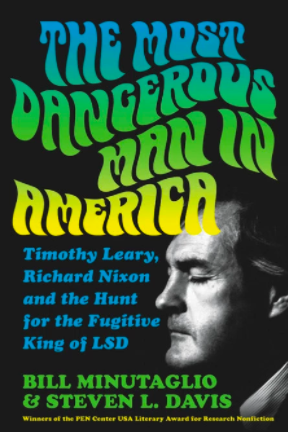 Bill Minutaglio and Steven L. Davis, are the authors of the PEN Center USA award-winning Dallas 1963.

Turning Thirty in the Shadow of Dracula's Castle 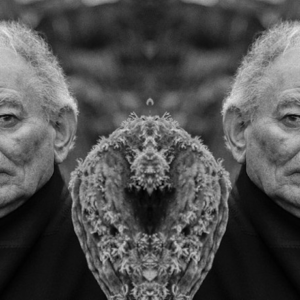 How should a Christian writer be? Jamie Quatro on God, sex, and Evangelical America. | Literary Hub Hot sex with...
© LitHub
Back to top
Loading Comments...