TODAY: In 1953 at the Théâtre de Babylone in Paris, Samuel Beckett’s play “Waiting for Godot” premières. Directed by Roger Blin, who also played Pozzo, the production stars Lucien Raimbourg as Vladimir, Pierre Latour as Estragon, and Jean Martin as Lucky.

“All the people you could have been haunt the bookstore alongside the person you could still become.” On walking into a bookstore in your forties vs. your twenties • An argument for the universal wearing of beards, courtesy Victorian tastemaker Thomas S. Gowing • Honor Moore on finishing the book and conjuring her mother • “I’m not sure what age is normal for a kid to worry that you’ve derailed your parents’ dreams.” Adam Nemett on growing up with an artist for a father • What to read while recovering from top surgery: Davey Davis on the books that arrived at exactly the right moment • “Watch closely. This is how Black writers live.” Toward an expanded canon of Black literature • Reading feminist futurism in the age of the “female” virtual assistant • A reading list to address your mounting dread: six essential texts by women on climate change • When privilege confronts its past: Angela Morales on the Mexican-American dream • “The evil of banality does not deserve my feelings.” Ece Temelkuran talks to Leland de la Durantaye • When American artists tried to start a television revolution

In case you missed ’em, a round-up of the Best Reviewed Books of 2018 • From Olga Tokarczuk’s Flights to Wayetu Moore’s She Would Be King, the vital stories of the Transnational Literature Series • This week in Secrets of the Book Critics: Michael Schaub on Joan Didion, Victoria Patterson, and ’90s sitcoms over prestige dramas • The enduring enigma of Jean Toomer, Joyce Carol Oates channels Margaret Atwood, and more Book Reviews You Need to Read This Week • Sex robots, Henry VIII, a tribe of whalers, and more all feature among the Best Reviewed Books of the Week

How a drug-addicted art critic created the perfect sleuth for the Jazz Age • Five fictional felines crime fans will love, as recommended by Clea Simon • The CrimeReads editors round up their more anticipated picks for January • Lyndsay Faye, our resident Sherlockian scholar, rounds up the past year in Sherlockiana ahead of Holmes’ birthday this weekend • Spies in the Speakeasy: Tessa Lunney takes us on a tour through the 1920s in crime fiction • “Beneath the ground, there are all kinds of secrets lurking.” Sara Blaedel on the lure of the small-town mystery • Our favorite CrimeReads stories of 2018 • A look back at the CrimeReads editors’ favorite fictional excerpts of the past year • Looking to start the year with a fresh dose of paranoia? Lisa Levy rounds up five great psychological thrillers out this month • How to get away with murder (sibling rivalry edition), and more true crime advice from true crime expert Tori Telfer • Move over, Victorians! Catherine Lloyd on why Regency England is the perfect setting for mysteries 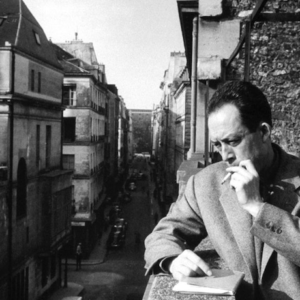 A reading list to address your mounting dread: six essential texts by women on climate change. | Lit Hub When privilege...
© LitHub
Back to top