The privilege of escapism is not allowed for me: Reading Jane Eyre while black · In which the world’s most beautiful bookstores gather in one place · The secret e-book that changed my life: On genderfluidity and the unwavering power of words · Can your best friends be books? In praise of the solitary, the bookish, the diehard readers · Angela Davis on Black Lives Matter, Palestine, and the future of radicalism· “What am I trying to leave behind?” An interview with Jhumpa Lahiri· Why we keep waiting for Godot: On the enduring popularity of a bleak and difficult play ·Too smart or too pretty? Elisa Gabbert on the Anne of Green Gables paradox · From Mary Shelley to Maurice Sendak, the greatest goths in literary history · Jared Yates Sexton applies the rules of fiction in an attempt to understand Donald Trump · Where are the likes? Coming to terms with being a writer on social media
This week on Book Marks:
A 1952 review of Bernard Malamud’s The Natural, the first serious novel about baseball · Actors banished from the stage: On John Le Carré’s The Spy Who Came in From the Cold · How reading Gabriel Tallent’s My Absolute Darling “is like watching an electrical storm” · A horrible and disgusting absurdity: Three 1818 reviews of Mary Shelly’s Frankenstein · A look back at Rebecca West’s 1941 mosaic of Yugoslavia, Black Lamb and Grey Falcon · Horny teens, heartbreak, and hilarity in Daniel Handler’s All the Dirty Parts · Hogwarts as Never-Never Land: Stephen King’s 2000 review of Harry Potter and the Goblet of Fire · Psychopathic fathers, Viking sagas, Nora Ephron rom-coms, and more: the best-reviewed books of the week
Lit Hub Daily
Share:

"Here in a State of Tectonic Tension," A Poem by Lawrence Joseph 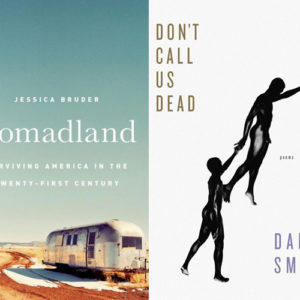