Scott Esposito on Genderfluidity and the Unwavering Power of Words

I’ve only purchased two ebooks in my whole life. I don’t like to do my reading on devices, and in fact I’ll do almost anything to avoid reading a book electronically. I love the feel of having a paperback to take with me and mark up—in my mind, nothing matches their ease and pleasure.

Of the two ebooks I’ve ever bought, one was trivial, and the other is a book that I’ve never, ever told anybody about. When I first bought this book I would have died of shame if anybody saw me reading it or happened to find it in my apartment. I purchased it as an ebook because that was the only way I could be sure that it would remain my secret.

I bought it in November 2010, and even though I’ve never told anybody about it, I don’t mind sharing it with you all now. Its title, in full, is Assuming a Body: Transgender and Rhetorics of Materiality, and it is an academic work of gender theory by a Princeton professor named Gayle Salamon, published in 2010 by Columbia University Press.

I know precisely why I wanted to read this book, and why it felt so shameful to me. For my whole life I had been experiencing doubts as to my presumed male gender, and I felt an intense desire to experience life as a woman. But I had never, ever been able to do anything about it. For about 20 years I had lived with this quandary, always profoundly ashamed of these desires, yet also deeply yearning to explore them. For those two decades I had gotten more or less nowhere.

Well, not exactly nowhere—I had at least figured out that this question wasn’t ever going to go away, and I would have to do something about it, otherwise suffer this angst more or less every single day for the rest of my life. So, more as an act of desperation than anything else, I downloaded Assuming a Body to my iPad with a vague idea that I could read it in secret and maybe it would do something to help me.

This book opened up some door in my mind that I had never been able to open in all my life. It helped me see that other people had wrestled with exactly the same questions I had wrestled with; not only that, they thought these were entirely valid questions, proper matters for the most serious kind of inquiry. Not to put too fine a point on it, but seeing how deeply Salamon took these matters, as did so many other thinkers that she cited and discussed in her book, made me feel as though I had a right to exist. This validation as a gender-questioning person was extremely powerful for me, and Salamon’s book also gave me theories and terms that I could use to begin thinking these questions through for myself.

I don’t want to overstate the impact of this particular book. I think that a number of books might have done what this one did for me—there was clearly something of it happening to be in the right place at the right time. All the same, I have no doubt that many other books would have failed to so move me. I should also add that it was still a very long time before I could even say the word “crossdress” to another human being, let alone feel comfortable being feminine in front of others. One single book didn’t suddenly change my life, but it was a crucial spark: it started something within me that I had never been able to start, no matter that I had tried very hard for years to do it, initiating an inquiry that led me to other books, which themselves led to even more books, this array of written material eventually becoming conversations with other people that slowly led to the courage and self-belief that I needed to find myself.

For those of us who value books as readers, writers, publishers, publicists, editors, critics, booksellers, or what have you, it’s essential to keep in mind that the books we cherish always have the possibility of making this kind of an impact on somebody. That, to put it bluntly, words matter, they matter very, very much.

Often the world fights to make books seem tiny and banal. If you work in the literary field, the daily grind of one’s job can make books feel like just another commodity. If you’re someone who loves to read, the mind-numbing cascade of new books, book reviews, author interviews, bookstore events, profiles, lists, gossip, feuds, and so on make it easy to diminish the importance of any individual reading experience. But I think we must always fight this tendency. If nothing else, my story proves that just one single book can be immensely powerful. When I feel that my work with literature has become just a little too routine, a little too uninspired, I bring out personal memories like this one to remind me just what kind of an impact words can have. All of us who love books must recognize this potential on some level—it’s clearly one of the big attractions that has drawn us to this world, the power that these words have had over us, or perhaps over very important people in our lives.

Because I am so aware how powerful words can be, it pains me very much to see that the President of the United States is someone with seemingly little regard for the grievous harm he inflicts when he lashes out at vulnerable individuals and groups. When Donald Trump suddenly banned transgender troops from the US military with one ill-considered, base-baiting tweet, he did a lot more than ruin the careers of 15,000 dedicated service personnel: he told every transgender person who was struggling as I once did that their hardships were unimportant and their searching was invalid. He told every queer person that their place in society is marginal and their rights are precarious, capable of being demolished with a tweet. I have no doubt that as news of this tweet spread around the United States, many gender-questioning people were thrown that much further into self-hate and hiding. Callously unemploying 15,000 Americans while also forcing our military to suddenly fill 15,000 positions for no reason other than bigotry is surely no way to make America great again, particularly at a time when our saber-rattling President needs his military to be at its very best. This is a terrible, shameful, self-defeating thing from a person whose very purpose should be finding ways to enable the success of every decent American, not to denigrate some in order to curry favor with those who espouse hate and division.

We could apply this logic to the many other groups that Trump has made a practice of persecuting as a candidate and now as President. It is not merely that our fellow citizens now see an extraordinarily powerful and norm-setting individual telling them their religion, race, gender, or sexuality is wrong; it is also that the President’s messages enable a constellation of other individuals to spread the same messages, from high powered television personalities like Sean Hannity all the way down to the local two-bit bully. Who knows the damage this has already done throughout this country. We can tally the number of families that Trump’s Executive Orders have destroyed, we can count the hate crimes that his repulsive rhetoric has inspired, but it’s much harder to know how many people have been pushed into a deeper level of shame, fear, and distress by Trump’s words.

If we cannot know how many minds such rhetoric has savaged, we also cannot know how many lives have been bettered by the messages spread in great books. That this is hard to measure and often invisible to us does nothing to change the fact of the great importance of these words for those around us. This is a crucial thing to keep focus on at any time, but particularly now, when those moved by resentment and rage are filling our society with hateful messages. We must never forget that this is a central fact of literary culture.

I know that against the awesome power of the President of the United States a single book doesn’t seem like much, against a hateful Klan rally a mere LGBTQ bookstore display seems puny. But I’m here to tell you that these things do make a difference for a lot of people. We must not doubt the importance of books. When we publish, or handsell, or review, or simply recommend to a friend, we must think very deeply about the kinds of messages we are putting into the world, as well as the sort of country we want our literary culture to represent. They are heard and seen by people all around us, and they are affecting lives.

This is something I know very well, not only for the impact books like Assuming a Body have had for my own life but also because I have had the great fortune to see the effect of the literary messages I have put into the world. After years and years of searching and struggling through my questions about gender, in 2014 I published an essay that revealed some of this personal history—it was the first time I had ever publicly talked about gender and revealed who I was, and the essay was a huge success. Two years later I published a short book that included this essay in the wider story of my life as a genderfluid person.

Many people who have been touched by these works and have gleaned some bit of courage or self-understanding from them have contacted me in one way or another to share how it has affected them, so I know for a fact that when you put good things into the world, it helps other people. It not only does that—it makes these people grateful, and it instills in them a desire to help others as they have been so helped. It very much pleases me to think that I have been able to push forward this literary conversation that has given me so much, enabling others to make their own contributions. This I think is key. We needn’t publish a bestseller or become President of the United States to meaningfully participate in the continuance of these ideas that bring us together and allow people to live their best lives. This is what we have to give, and with it great things are possible.

Books That Have Helped Me Find a Little More of Myself

When Werner Herzog Was My Dad: Of Post-Natal Visions and Other Wonders

Why I Made My Main Character a Right Wing Blogger 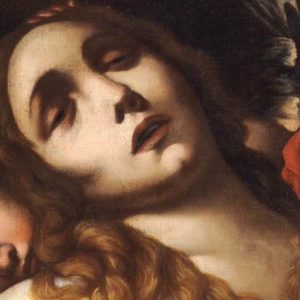 When Werner Herzog Was My Dad: Of Post-Natal Visions and Other Wonders

A number of summers ago I taught a three-day workshop on the Ecstatic Essay. I’d planned this class in deep Iowan winter,...
© LitHub
Back to top