When the swamp won’t drain and the fires rage on: Rebecca Solnit on why the President must be impeached • Just how expensive can the writing life be? Melissa Chadburn on the hidden costs being a writer • From Barbara Pym to Barbara Comyns, Patrick DeWitt recommends his favorite mid-century commonwealth writers • As New York City cooks in its own steamy soup, please enjoy these novels of the city’s inevitable apocalyptic destruction • Vanessa Hua on the banned Chinese novel her father loved as a boy • Honestly, have we ever had enough time for reading? • Things changed for Crazy Rich Asians author Kevin Kwan the day he realized maybe… he was actually funny • Kristen Arnett really wants you to party at the library • When art imitates art: from Picasso to Keith Haring, 15 portraits of fictional characters • “Our ancestry arises from a dark zone of the living world, a group of creatures about which science, until recent decades, was ignorant.” The tree of life is a freaky, freaky tree • The tale of Amo Afer: Anthony Kwame Appiah on the kidnapped African boy who became a German philosopher • Deborah Eisenberg’s conversation with Paul Holdengraber might convince you to try writing in front of a brick wall • Sharmila Sen on wearing “the mask that grins” as a brown woman, and the courage that anger requires • Whether your back-to-school vibe is “incorrigible stalker,” “aspirational lit-cult member,” or something in between, we have the perfect campus novel recommendation for you • David Auerbach grapples with the language of humans as well as that of machines • 15 beautiful covers by which to judge books this month • The Lit Hub staff’s favorite stories from August

To mark Women in Translation Month, Heather Cleary (our new Literature in Translation Columnist) recommends five recent literary marvels • The Lonely City and Crudo author Olivia Laing shares her five favorite books about love in the apocalypse • This week in Secrets of the Book Critics: writer and Millions Contributing Editor Nick Ripatrazone on criticism as performance and Twitter as purgatory• Mario Vargas Llosa on the nature of fiction, Neel Mukherjee on the end of the British Empire, The Miseducation of Lauryn Hill at 20, and more Book Reviews You Need to Read This Week • From Jewel to Jimmy Carter, Alicia Keys to Ally Sheedy, and, of course, James Franco, we look back on the first reviews of 10 celebrity poetry collections • King Lear in contemporary India, the world’s most infamous fraud, and the life of Arthur Ashe all feature among our Best Reviewed Books of the Week

The best narrative nonfiction true crime books by journalists, for those who like their facts straight and their sentences twisty • From We Have Always Lived In the Castle to The Butcher Boy, the most compelling crime books narrated by young (and rather disturbed) voices • Do incarcerated people have access to crime novels? Time to take a look at the arbitrary, ridiculous world of prison censorship and answer this question once and for all • Reading crime and mystery can change your life: 7 personal essays that explore the transformative power of reading and writing crime fiction • Crime and the City goes to Phoenix, Arizona for a look at Noir in the Valley of the Sun • How a renegade historian unmasked an impostor: Javier Cercas on truth, reconciliation, and the battle for Spanish history • As the summer of scam draws to a close, a look back on the many articles about con men, scammers, and impostors to appear on CrimeReads over the past few months • “Like the best noir, urban fantasy stories often ask, ‘Where is the line between good and evil?’” A beginner’s guide to urban fantasy noir, from Richard Kadrey • 5 true crime visions of the West Texas mesas, and how to write crime fiction when you’re from an existentially un-scenic place • Read an exclusive excerpt from the new graphic novel noir Slum Wolf, an anthology of graphic novelist Tadao Tsuge’s bleak tales of post-war Japan

A Key To Treehouse Living 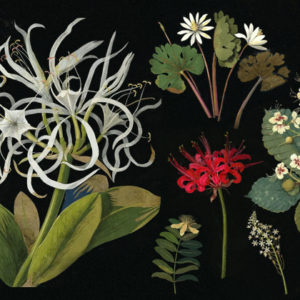