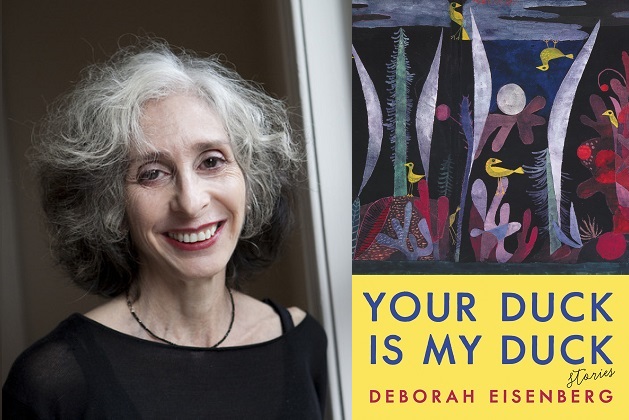 Deborah Eisenberg: “It Might Be Time To Rely More Heavily On Our Irrational Capacities”

In this episode of A Phone Call From Paul, Paul Holdengraber speaks with Deborah Eisenberg on “Bartleby the Scrivener,” the dire political state we live in, the virtue (and adventure) that lies in difficulty, the commodification of art, and why she enjoys writing in front of a brick wall.

Paul Holdengraber: I think of Herman Melville’s short story “Bartleby the Scrivener” a great deal these days. Many of us perhaps find similarities between the world now and the world that Melville describes in “Bartleby.”

Deborah Eisenberg: I barely remember the story and have only my impressionistic memories of it, but I was just thinking this morning of “Bartleby.” That feeling of being battered by the world. . .

it’s coming through in so many directions. The dominant horror that so many people are feeling beaten into paralysis by is the appalling political climate and a terror of both the future and the present. And when I think of the act of preferring not to, as in “Bartleby,” I think of resisting or shutting down and the ways it’s associated with a kind of onslaught of commodification and professionalization of everything, including art and writing.

I actually spent the entire summer in full Bartleby mode, except for one instance when I went to Brownsville, Texas. The situation at the border is so chaotic and hidden and changes moment to moment, so I didn’t see much, but the gleeful sadism of tearing children and parents apart is horrifying to me. It’s very rarely seen, and of course there’s an element of slavery and of the Holocaust. And here it is now, in our country. I and two friends had the opportunity to spend a few hours in a very clean, well-painted immigration courtroom in Brownsville. 40 young men and women were brought in in handcuffs and chains. With the zero tolerance law, or whatever it is legally classified as, there were no legal entries to the country. You could not come in through the bridges—you either swam or rafted across the Rio Grande. Anybody who came across did so illegally. These young men and women were then sentenced either to deportation or imprisonment followed by deportation, simply for seeking asylum. It’s simply intolerable.

PH: You tell me this on the heels of us discussing “Bartleby the Scrivener”. Bartleby has only one sentence to say to his supervisor at any given time, “I would prefer not to.” And yet this story you told makes one think, action is necessary. Yet here we are quite pleasurably evoking Bartleby.

DE: Yes, it’s a horrible paradox and I’ve been trying to examine this myself. This is an inflammatory thing to say, but my thoughts turned immediately to the German population under the Third Reich. I’ve always designated those who hid Jews during the years of Nazi ascendancy, as heroes. Of course they acted heroically, but in a way to say they’re heroes is to say, “Well, I’m not, so I could never do anything of that sort.” It has recently occurred to me that whether they were heroes or not is utterly irrelevant. It’s what they did that mattered. They may not have in any way enjoyed what they did. Those people were facing death, and we aren’t. There are lots of things we can do. There are organizations that help immigrants navigate an unfamiliar country and language, organizations that enable people to teach as volunteers in prisons. Well, I don’t feel like doing any of it, but the time for it has come.

PH: That’s true. How much longer can we remain in a Bartleby moment? In a quote from your interview with the Paris Review, you speak of the difficulty of writing. To me, the quote speaks to your aspiration to do things that you’re called upon to do, but are not easy. That there’s a virtue in difficulty, or that difficulty is necessary, or that it’s especially called for now.

DE: Absolutely. I want to do things I’m not able to do not because it’s painful, but because the great pleasure of being alive is to experience life—that is, both your interior world and the world around you—in a way that you haven’t. You can keep that up for a lifetime, a constant adventure. One of the great crimes of capitalism is that it has made it very difficult for people to do things that are unknown to them, that are exciting, that require the development of ability. Of course it’s very difficult to, for example, work in an assembly line. But it’s the wrong kind of difficulty. It’s the opposite of a kind of exploration, if that makes sense.

I used to worry about whether art was a privileged use of my time—not a privileged use of the time of great artists, but a privileged use of my time and the time of so many other people who could be contributing in other, possibly more conspicuous ways. But I no longer feel that way at all. I think it’s one of the few arenas that’s left to us in which we can enable ourselves to spread out into areas of the psyche, the mind, and humanness, in a fashion that’s not acceptable in a more restricted and purposeful way. Of course I worry that arts programs are being eliminated, and when they’re not, that they are becoming increasingly professionalized and scrutinized. The activities that are called “wasting time” are a precondition of doing any kind of meaningful scrutiny and I’m very concerned that it’s being eclipsed, partly because of “rationality.” The world is a terrible and terrifying mess. It might be time to rely a bit more heavily on our irrational capacities.

5 Novels That Embody the Lived Experience of Womanhood 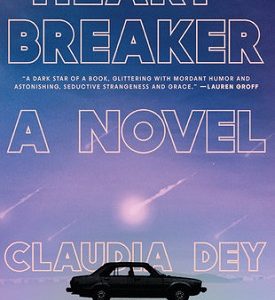 This is what I know: She left last night. My mother, Billie Jean Fontaine, stood in our front hallway with a stale cigarette...
© LitHub
Back to top