· “I have again reached the end of waiting.” Claudia Rankine on privilege seen and unseen. | Lit Hub Politics

· “Behind a lens you are a witness, an outsider—maybe you even operate as critic—but I am also from this town, so I am a participant.” Kerri Arsenault and Elizabeth Rush on writing from the edgelands. | Lit Hub Climate Change

· How deeply involved is Devin Nunes in the conspiracy to discredit Joe Biden? Seth Abramson connects the (many) dots. | Lit Hub Politics

· “The problem with grief is precisely how difficult it is to know what to hope for when you know that what will satisfy you is impossible.” Matthew Salesses on living through grief, both collective and personal. | Lit Hub

· “Are there wrong reasons for loving a wonderful book? Yes.” Sue Miller on first literary loves and more. | Lit Hub

· “I think perhaps the entire history / of me is here—viper of memory, / stab of regret, red light of oblivion.” Poetry by Henri Cole. | Lit Hub

· “The words died in me, and silence became my language.” Sulaiman Addonia on surrendering the language of home. | Lit Hub Memoir

· “Why is Giovanna so grim tonight?” Ann Goldstein on the most difficult-to-translate Elena Ferrante lines. | Vulture

· If Italo Calvino’s most famous books were a series of pies, what would they look—and, importantly, taste—like? | The Paris Review

· On the “forgotten” women writers of 17th-century Spain. | Smithsonian

· The authors of a book on the February 2020 riots in Delhi, India, which critics have accused of advancing Islamophobic sentiment, are suing Bloomsbury India for its decision to rescind the book’s publication. | Financial Express

· How does Charlie Kaufman’s film adaptation of Iain Reid’s novel I’m Thinking of Ending Things veer from the original? It does so in a major way. | Slate

· On radical politics and Henry David Thoreau, who attempted “to extract himself from a society that he found deeply troubling.” | New York Review of Books

· “I’ve still found myself having to argue that disability is a mainstream political issue.” Why publishing must become more inclusive of disabled authors. | The Guardian

Playwright and novelist Ayad Akhtar will be the next president of PEN America. 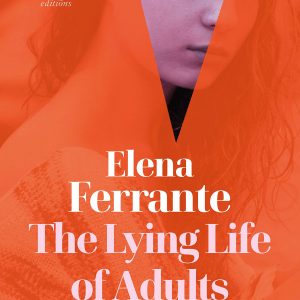 Once, without any warning, my aunt brought me to meet her and my father’s other siblings. We went to see Uncle Nicola,...
© LitHub
Back to top