On the Countercultural Influence of Peanuts

The 10 new books you should be reading this week. 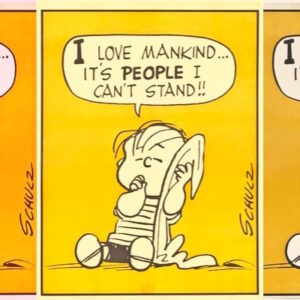 On the Countercultural Influence of Peanuts

Here’s where it begins for me: a four-panel strip, Lucy and Linus, simplest narrative in the universe. As the sequence...
© LitHub
Back to top