Also on Lit Hub: Ethan Joella on growing up with Browseabout Books • James Holland on the challenges of fighting inside a tank • Read from Okezie Nwoka’s debut novel, God of Mercy 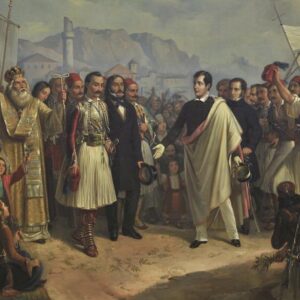 From the spring of 1824, Mesolonghi had become renowned across the continent as the place where Lord Byron had died: the sensational...
© LitHub
Back to top