Also on Lit Hub: On the tireless work of translator Megan McDowell · Juan Pablo Villalobos has some terrific ideas about building a border wall. 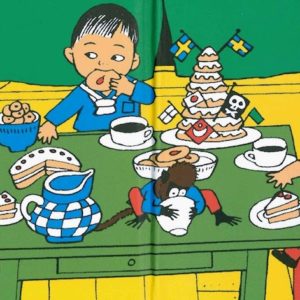 This week marks the 73rd anniversary of the time Astrid Lindgren, mother of two, fell down and sprained her ankle and decided...
© LitHub
Back to top