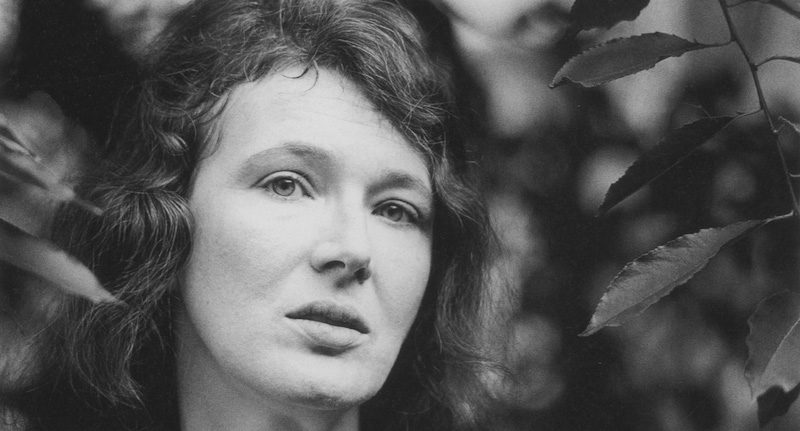 During the time that Angela Carter taught at the University of East Anglia, her reputation underwent a series of small transformations. The first of these came with the publication of The Sadeian Woman, which was scheduled in both the UK and the USA for 28 March 1979. As the date approached, Angela recalled the doubts and anxieties that had dogged the writing of the book. “I am now about to be incarnated by the media as No. 1 Lash Lady,” she wrote to Lorna Tracy. “I feel very ambivalent about this, obviously, and rather ambivalent about the book, though a very nice lady from Gay News, who interviewed me, assured me that anybody who bought it for a quick thrill would find it a long haul.” The lady from Gay News (whose name was Marsaili Cameron) may have been underestimating the stamina of thrill-seekers. For the rest of Angela’s life, a proportion of her fan mail came from people whose primary interest in her doesn’t appear to have been literary:

Dear Ms. Carter,
I suppose all the boys say this to you. I am Tony and of course I would like to be your slave . . .

A few reviewers, mostly for the mainstream left-wing press, did see what The Sadeian Woman was getting at. Hermione Lee wrote in the New Statesman that while “few women would feel inclined to treat the Marquis de Sade with affectionate familiarity . . . Angela Carter is neither ordinary nor timid. The tone is one of intellectual relish . . . rational, refined . . . witty.” Margaret Walters, writing in New Society, described the book as “provocative, always readable . . . illuminating, witty, freewheeling,” and Francis Huxley, reviewing it alongside Michel Foucault’s newly translated History of Sexuality in the Guardian, declared himself “grateful to Miss Carter” for showing how men “might free themselves from some habitual tyrannies and become human.”

More frequently, though, the reviews were marked by peevish incomprehension. John Weightman, writing in the Observer, admitted that he was baffled by Angela Carter’s project: “I fail to see why she has tried to harness Sade to the cause of Women’s Lib . . . The bewildered reader is kept going only by an occasional, surprising aside.” At least he was candid; others settled for reviewing the book they had been expecting, rather than the one they had read. Richard Gilman in the New York Times, while conceding that The Sadeian Woman contained “a number of shrewd insights,” presented it as a tirade against pornographers in general and against Sade in particular, describing its position as “fierce, unaccommodating and aggressively stated,” and its author as “a rigid ideologue, fervidly feminist, furiously antireligious and against transcendence of any kind.”

The most vehement reaction, though, came from other feminists. The paperback edition was stickered by the Federation of Alternative Bookshops for having a cover that was offensive to women (a painting by the surrealist artist Clovis Trouille featuring several half-naked women, some of whom are being whipped). Carmen wrote to Eileen Fairweather, a representative of the federation: “I don’t know if you realise how upset Angela Carter has been about this . . . The cover was chosen by her with us. Without wishing to sound sanctimonious, she is someone who has been committed to feminism for many years, and obviously neither she—nor us—would have used the cover if we had thought it sexist.” Fairweather responded with a somewhat mollifying letter, but said that she wouldn’t read a book like that on the Tube, “for fear some man would think I was reading porn, and use that as an excuse to respond accordingly.”

The book’s content was just as offensive to some sections of the women’s movement, appearing at a time when the debate about pornography was growing increasingly heated, and writers such as the American radical feminist Andrea Dworkin were condemning Sade as the misogynist extraordinaire.

Dworkin herself described The Sadeian Woman as “a pseudofeminist literary essay.” Susanne Kappeler—another prominent anti-pornography feminist—conducted a masterclass in missing the point when she accused Angela of treating Sade as nothing but “a Cultural Edifice . . . A literary artefact, removed by convention of the literary beyond the reach of political (or feminist) critique.” Angela was rather pleased with these denunciations: “If I can get up Susanne Kappeler’s nose, to say nothing of the Dworkin proboscis, then my living has not been in vain.”

Angela’s next book was also a semi-calculated affront to Dworkin, who in 1974 had argued that the fairy-tale form entrenches gender stereotypes and so holds women back. But on this territory, Angela—who knew considerably more about folklore than Dworkin did—was at a definite advantage. The Bloody Chamber was published in May 1979 to glowing full-page reviews. Janice Elliott, writing in the Sunday Telegraph, called it “a dazzling collection . . . Miss Carter leads us not so much into hallucination or illusion, as through the mirror into a parallel reality.” “Ms. Carter’s stories are too rich and heady for casual consumption,” warned Patricia Craig in the New Statesman, “but they do provide, at a very high level, romantic nourishment for the imagination.” Lorna Sage, reviewing the book for the Observer, explained that “the main theme is the collusion between artificial and animal nature . . . But I mustn’t make The Bloody Chamber sound too solemnly planned. It’s a splendidly funny, erotic and adventurous book.”

Lesley Garner, writing in Cosmopolitan, didn’t seem to see the funny side, but she was impressed by the collection nonetheless: “The stories . . . are presented to us like poisoned fruits, blooming, perfumed, delicious and rotten . . . They all make a horrid kind of sense, and they are painstakingly, exquisitely told.” Auberon Waugh, in a long review for the Evening Standard, felt that ‘The best story in the book, “Puss-in-Boots,” deserves to be included in every prose anthology of this century or any other . . . [it] had me gasping with admiration . . . If she can ease off a slight tendency to self-indulgence in nature descriptions, if she can hold back on the occasional lapse into coarseness—I don’t think we really need biological case-histories of female puberty—and watch against the risk of repeating unusual effects in the same volume, nobody will be able to deny her the title of Great British Writer.” Guido Almansi, writing in the Literary Review, by contrast to Waugh, especially liked the “moments of superb bad taste” and “carnal humour,” saying that the book was “miles away from the drab of the Drabblian world of British female writers.” And Susan Kennedy, writing in the Times Literary Supplement, pronounced that with The Bloody Chamber “Angela Carter extends her control over an area of the imagination on which she has already left her mark. Her re-telling of European folk and fairy tales has the power, not only to cause us to think again, and deeply, about the mythic sources of our common cultural touchstones, but to plunge us into hackle-raising speculation about aspects of our human/animal nature.”

Angela’s publicity schedule for The Bloody Chamber was considerably heavier than it had been for previous books: she made a number of television and radio appearances to promote it. On BBC2’s Word for Word programme, she read “The Snow Child,” a story derived from an obscure variant of “Snow White,” in which a count and countess are riding through a wintry landscape, the count wishing for a girl, who soon appears, only to be murdered by the countess, and then have her corpse defiled by the count. When Angela had finished reading, the journalist and broadcaster Arthur Marshall bluntly told her that “on the whole, I don’t really like stories of fantasy . . . I like stories that begin: “Mrs Henderson walked slowly into Sainsbury’s and purchased a pound of cod.” Angela cocked her head amusedly: “I’d like to know the Sainsbury’s where you can buy cod. You fantasist.”

Edmund Gordon studied philosophy at Trinity College Dublin and English literature at University College London, and since 2011 has been a lecturer in English at King's College London. A regular contributor to the Times Literary Supplement and the London Review of Books, he has also written for a variety of other publications in Britain and the US, including Bookforum and The Guardian. 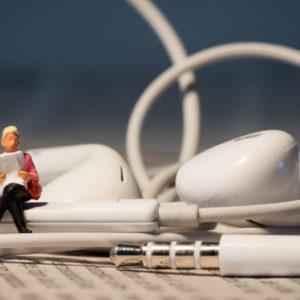 It was around noon of my third grueling day recording the audiobook of my first novel, The Gargoyle Hunters, when my innermost...
© LitHub
Back to top