It was around noon of my third grueling day recording the audiobook of my first novel, The Gargoyle Hunters, when my innermost self cried out to be heard. I mean this literally. The disembodied voice of my director burst into my headset to inform me that my disgruntled, empty stomach was grumbling loudly enough to be picked up by the hypersensitive microphone; my solo performance had inadvertently become a duet. To muffle these protests from within, I finished the chapter with a pillow pressed against my belly.

Truth be told, my cantankerous abdomen spoke for the rest of me, too. For the marathon task of recording my own audiobook over four long days proved far more demanding than I had expected.

Getting the gig was deceptively simple. Following the audiobook producer’s instructions, I sat at my desk at home and read the five-page prologue into my iPhone’s voice recorder. Written in the first person from the perspective of a middle-aged man recalling his childhood, the scene is a dreamlike account of a four-year-old boy being carried at daybreak by his father across the majestic ruins of New York’s old Penn Station, the felled granite columns strewn like giant pick-up sticks across the marshy junkyard of New Jersey’s Meadowlands.

Those 13 minutes were all the producer had asked for. But to be sure she was in a position to evaluate my ability to read dialogue, I also recorded a comic sequence in which a 13-year-old smart-aleck meets a self-importantly pious boy at a party, lures him into a Socratic verbal trap, and then obliterates him with a torrent of absurdist, Pythonesque ridicule.

It was my concern about having a stranger narrate these humor-infused episodes—the high-spirited buffoonery of precocious teenage innocents pinballing into each and the world—that led me to audition in the first place. I have a good deal of respect for professional audiobook narrators, and I had little doubt that any number of them would have done a fine job reading my descriptive prose. But I had, in my mind’s ear, a very specific way I wanted the boys’ dialogue to sound, and I wasn’t entirely comfortable handing that task over to an unknown voice actor who might not share my sense of humor.

A few days after I sent in my audition clips, the producer emailed to say the gig was mine if I wanted it: “You have a great recording voice,” she allowed. “Your performance would add a personal touch to the recording that only you as the author can provide with your voice.”

That was the last moment things were easy. Perhaps I was naïve (I was naïve), but it turns out that reading into your iPhone for 16 minutes on a lazy Sunday at home in no way prepares you for the arduous ordeal of being locked in solitary confinement for four days, six or seven hours a day—reading, reading, reading, with only the voice of a distant director for occasional company.

My first day did not start out auspiciously. With uncanny, the-dog-ate-my-homework timing, my train stalled in a Brooklyn subway station, and a dash upstairs to an Uber landed me at the Midtown Manhattan recording studio a half-hour late. (Just the way every rank amateur wants to begin a job in a completely new line of work.) My director, a put-together woman with short, lemony hair and an air of brisk competence, greeted me in a gloomily darkened recording room. Her sound engineer, a nearly silent young woman with a Sphinx-like affect, gave me a nod. Then, after a brief orientation from the director, the engineer shut me in a little sound booth for the long haul.

The cell-like booth, the small square window in its door the only visual connection with the outside world, was about the size of a European train commode. It contained a utilitarian chair and a Formica table with a slanted reading surface. A little frayed-edged carpet remnant rested on this surface, and an iPad loaded with the final text of The Gargoyle Hunters sat atop the carpet remnant.

I sailed into the task of recording my tale. I enjoyed it. Friends had predicted it would be strange hearing my written words spoken aloud, but it was anything but; I always read my prose aloud as I write. And the first thing I do every morning when I sit down at my computer is to read aloud, for continuity, the ten or 20 pages preceding the one I’ll be working on that day. As a result, I had probably read each page of my novel aloud 20 or 30 times before I ever leaned forward to speak into that sound-booth microphone.

I started out strong, charging through the prologue and the rollicking first couple of chapters at a good clip. But before the promise of lunch was even a glimmer on the horizon, a certain weariness set in, and it dawned on me: You’ve barely made it out of the starting blocks here. This is going to be an exhausting, long-distance slog during which, paradoxically, it is essential that you sound alert and energetic the entire time. The book was 334 pages, and if we were to complete the reading in four days—the time normally allotted for an actual professional audiobook narrator—a fairly cracking pace would be required. Author or no, there was no glamour here. I was to read and keep reading, and then read some more.

I’ve always admired actors and radio broadcasters, but not until the middle of the first afternoon did I begin to appreciate what an almost athletic performance was required to keep one’s mouth and vocal chords in shape for the duration. No wonder real actors spend years doing voice training and all those weird tongue exercises.

Before long, my throat grew ragged, a condition that worsened over time. And at the end of the third day, a Thursday, the director told me to take Friday and the weekend off so my voice could recover. “I don’t want to hurt you,” she said.

To make matters more difficult, this was a frigid week in January, and I was fighting a nasty cold, forcing me to treat myself (as I explained to my kids one evening in a moment of questionable parenting) “like a fucking orchid.”

Still, I’m a hard worker, and as the hours and days had progressed, I’d begun to figure out the craft of audiobook narration—or at least to figure out what worked for me. I became acutely sensitized to subtleties of mouth moisture, a whole universe of sensation and sound I had never in my life spent a moment considering. I developed my own routines: when I needed to sip water, suck on a lozenge, blow my nose, or spit into a Kleenex. During lunch one day, the director had helpfully told me how disgusting it was listening to other people’s nose and mouth sounds in her headset between takes. But after a time, I just stopped worrying how repulsive it all must sound to her and the engineer; these were methods that allowed me to control the pitch and tenor of my voice, and I had a job to do.

All this fussing with my nose and mouth and throat, of course, was meant to conceal from my listeners all the unpleasant realities behind the performance, and it occurred to me that this was pretty analogous to what we novelists do: The whole idea is to hide the struggle of creation from the reader so that the words on the page appear to have been put there effortlessly. The book I spent five years writing may be read by you in a weekend.

For the most part, the director kept silent and let me plug away, breaking in only when my shirt rustled or my lips snapped or my stomach howled in open revolt. But she was a trained actress whose understanding of enunciation techniques proved invaluable, as she always knew just which syllable I should emphasize in order to stop tripping over some noun or adjective that was giving me trouble. Sometimes, you see, I had trouble reading my own words. The novelist Annie Proulx, in blurbing my novel, had been kind enough to praise what she called my “rich, complex sentences.” But it’s one thing to write rich, complex sentences . . . and quite another to read them aloud. At one point, after stumbling for the fourth time over the same word, at the end of a paragraph-length sentence, I found myself hollering to my invisible director and engineer: “What kind of a crazy novelist would ever think of writing such a long, complicated goddamn sentence?”

Toughest of all for me was doing the accents of my foreign characters. The action of the novel centers on a Queen Anne row house on East 89th Street in 1974 Manhattan, where the divorced mother of our 13-year-old protagonist has begun taking in misfit boarders to make ends meet. One of these is Monsieur Claude, a bored Frenchman with scraggly, shoulder-length hair and sunken pothole eyes. Another is an educated but rumpled Englishman named Mr. Price, who likes to tell people he’s “in newspapers,” as he often sleeps on park benches with pages of The Daily News stuffed up his pant legs for warmth. The book also has a second English character, the wry Park Avenue gynecologist Dr. Sherman.

I wasn’t terribly good at reading the English characters, and my French accent was awful. Over the long weekend before my final day of recording, therefore, I tried everything I could think of to improve: I watched how-to videos by dialect coaches and listened to some Jeeves-and-Wooster audiobooks by P.G. Wodehouse. Finally, I had an inspiration. I called up my English roommate from Yale, a posh Etonian named Alexander Frederick Parker, and had him record the handful of lines spoken by Mr. Price and Dr. Sherman. And I emailed a French friend in Africa, Christophe Vessier, asking him to record Monsieur Claude’s few lines.

These I listened to and mimicked endlessly in my off-hours—at home, on the subway, at the gym—and on the final day I walked into the sound studio and told the director that I wanted to re-record those specific lines of the book. For each section of dialogue, I then listened to my English or French friend speaking the lines, then dashed into the booth to record my own version while their voices were still echoing in my ear.

Overall, the experience of narrating my own audiobook proved immensely satisfying. I haven’t listened to the recording, and probably never will, but I thought it might be a meaningful artifact for my kids and grandkids to have, long after I’m gone. And I feel comfortable that I gave it my best shot. As a complete novice with no technical training, I was never going to turn myself into an experienced narrator overnight. But I did have one ace up my sleeve: I happened to know the author’s intention behind every line. 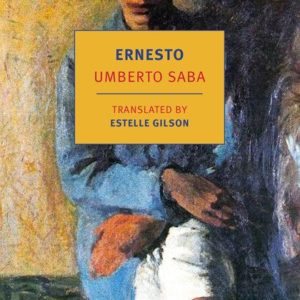 First Episode “What’s with you? Tired?” “Pissed.” “About what?” “The boss! Dirty bloodsucker—a...
© LitHub
Back to top