What's with all the ankle injuries, ladies?

This week marks the 73rd anniversary of the time Astrid Lindgren, mother of two, fell down and sprained her ankle and decided well, why not spend the time she was laid up writing down the stories she’d been telling her ten-year-old daughter? It was in this way that the literary classic Pippi Longstocking was born. Which led me to wonder—what other random or accidental events contributed to the writing of other classic books? After all, we usually think of book-writing as a planned (perhaps even plotted) endeavor. Books may be inspired by one random thing or other, but that doesn’t necessarily mean they were begun by force of accident—lots of people are wandering around just waiting to be inspired, and I know some of them. So below, a few beloved books with surprising, accidental, or decidedly external origins—and I’m on the hunt for more, so please feel free to add any others in the comments section. 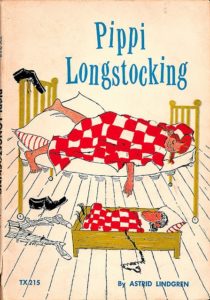 Not only did Lindgren wind up actually committing her famous character to paper after an accident, but Pippi herself is also something of an accident—as the story goes, when her youngest daughter Karin, then nine, was sick one day, she looked up at her mother and said, “Tell me about Pippi Longstocking.” Lindgren obliged, making the character up on the spot. “Since the name was remarkable,” she said, “it had to be a remarkable girl.” Remarkable indeed—enough to be one of the most recognizable children’s characters in the world, have her own theme park, and even grace the back of the Swedish 20 kronor note. 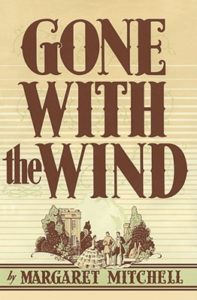 Margaret Mitchell, Gone With the Wind

Gone With the Wind is another literary classic written to stave off the boredom of having an ankle injury—in this case, a fully broken one. (Mitchell, by the way, was extremely accident-prone) Apparently, she only began work on the novel after her husband, charged with bringing books home from the library for Mitchell to read, finally exclaimed (throwing, I like to imagine, those very heavy library books down dramatically on the settee): “For God’s sake, Peggy, can’t you write a book instead of reading thousands of them?” Well, sure, when you put it that way. 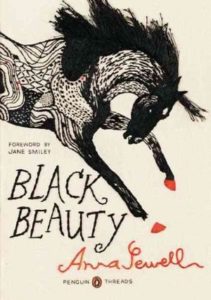 Sewell probably never would have written her classic children’s novel had she not, at the age of fourteen, somehow injured both her ankles (I’m beginning to think “ankles” are code for something—or maybe it’s just that women usually aren’t allowed to sit down long enough to write a whole novel unless they can actually hold up their broken ankle and shout LOOK) walking home from school. Her injuries were not treated properly, and she became handicapped, unable to walk on her own for very long—instead, quite often, being transported via horse-drawn carriages—hence her lifelong love of horses. So that’s one accident. Black Beauty was written during another: a decline in health after contracting either hepatitis or tuberculosis, which left her almost completely bedridden. She wrote the book in bed, and managed to see it succeed before she died. [Note: I know this one’s a bit of a stretch, accident-wise, but I’m just so fascinated by the ankle thing.] 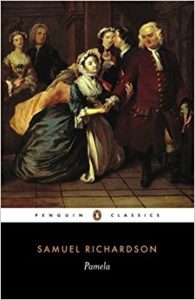 Samuel Richardson didn’t set out to write a novel—he essentially embellished one into being. At seventeen, he became the apprentice to a printer, and eventually became a printer himself, running his own press. In 1739, when Richardson was 50, he was asked “to put together a “letter-writer,” an etiquette manual consisting of letters that “country readers” might use as models for their own correspondence.” To that end, he began composing didactic letters he hoped might help servant girls deal with lecherous employers—and then he kept on composing those letters, and eventually, he produced the epistolary Pamela, which was not only a bestseller at the time but is also considered by many to be “the first modern English novel.” 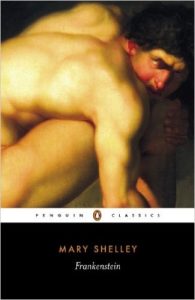 Mary Shelley famously began Frankenstein because Lord Byron dared her to (or maybe just demanded it)—which isn’t an accident exactly, because you know what you’re getting into when you go to Byron’s house, but nor is it a planned event, so I’m counting it. Essentially, the 18-year-old Shelley was sitting around a fire with Byron, her lover Percy, and John Polidori, eventual writer of the first modern vampire story (based, of course, on Byron), when Byron said “We will each write a ghost story!” Shelly couldn’t think of one, but one of the most important rules for living in the 19th century is not to disappoint Byron, and so she tried. “I busied myself to think of a story,” she explains in her 1831 introduction to the novel,

“—a story to rival those which had excited us to this task. One which would speak to the mysterious fears of our nature, and awaken thrilling horror—one to make the reader dread to look round, to curdle the blood, and quicken the beatings of the heart. If I did not accomplish these things, my ghost story would be unworthy of its name. I thought and pondered—vainly. I felt that blank incapability of invention which is the greatest misery of authorship, when dull Nothing replies to our anxious invocations. Have you thought of a story? I was asked each morning, and each morning I was forced to reply with a mortifying negative.”

But, well, she came up with something in the end. A whole genre, as it turns out. 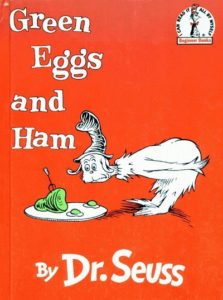 Frankenstein may have been written on a dare, but the possibly-even-more-famous Green Eggs and Ham was written on a bet. Bennett Cerf, co-founder of Random House and Seuss’s editor, bet him $50 that he couldn’t write a book using only 50 unique words. Seuss made it work with exactly 50—but Cerf never paid his debt. Seuss probably didn’t notice, as the book went on to become one of the best-selling picture books ever written (with any number of words). 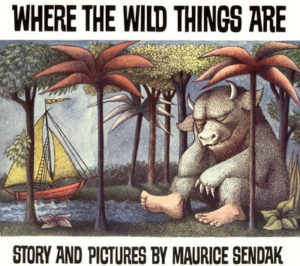 Maurice Sendak, Where the Wild Things Are

Sendak was planning on writing a book when he began work on his classic of kid lit, but he wasn’t planning on writing this book. “At first,” Sendak told the Los Angeles Times, “the book was to be called Where the Wild Horses Are‘ but when it became apparent to my editor I could not draw horses, she kindly changed the title to ‘Wild Things,’ with the idea that I could at the very least draw ‘a thing’! So I drew my relatives. They’re all dead now, so I can tell people.” I have to say I’m surprised there was anything Sendak couldn’t draw—but I guess that’s the whole point. 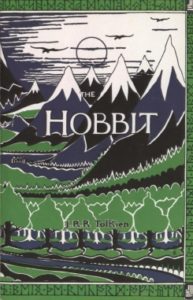 Trust The Hobbit to have a magical beginning. As Tolkien himself put it in a 1955 letter to W.H. Auden:

All I remember about the start of The Hobbit is sitting correcting School Certificate papers in the everlasting weariness of that annual task forced on impecunious academics with children. On a blank leaf I scrawled: ‘In a hole in the ground there lived a hobbit.’ I did not and do not know why. I did nothing about it, for a long time, and for some years I got no further than the production of Thror’s Map. But it became The Hobbit in the early 1930s, and was eventually published not because of my own children’s enthusiasm (though they liked it well enough), but because I lent it to the then Rev. Mother of Cherwell Edge when she had flu, and it was seen by a former student who was at that time in the office of Allen and Unwin. It was I believe tried out on Rayner Unwin; but for whom when grown up I think I should never have got the Trilogy published.

FYI: Rayner Unwin was the son of Sir Stanley Unwin, one of the namesakes of the publishing house George Allen & Unwin. In 1936, the elder Unwin paid his ten-year-old son a shilling to read and report on the manuscript of The Hobbit. His verdict:

Bilbo Baggins was a Hobbit who lived in his Hobbit hole and never went for adventures, at last Gandalf the wizard and his Dwarves persuaded him to go. He had a very exciting time fighting goblins and wargs. At last they get to the lonely mountain; Smaug, the dragon who guards it is killed and after a terrific battle with the goblins he returned home — rich!

This book, with the help of maps, does not need any illustrations it is good and should appeal to all children between the ages of 5 and 9.

The book was published the next year. 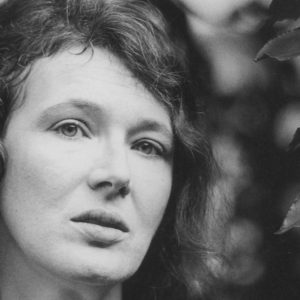 During the time that Angela Carter taught at the University of East Anglia, her reputation underwent a series of small transformations....
© LitHub
Back to top
Loading Comments...