Also on Lit Hub: Chinelo Okparanta recalls the lingering power of a first crush • Lit Hub Recommends • Read a story from Peter Kispert’s debut collection I Know You Know Who I Am.

You Can Blame Geoffrey Chaucer for Valentine's Day

Harrison Ford talking about libraries is your Valentine. 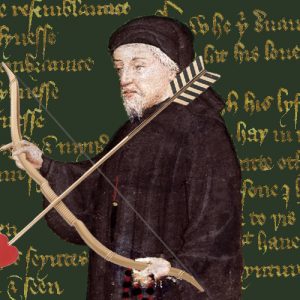 You Can Blame Geoffrey Chaucer for Valentine's Day

It's Valentine's Day, otherwise known as the worst night of the year to go out to dinner, the day of awkward lower school...
© LitHub
Back to top