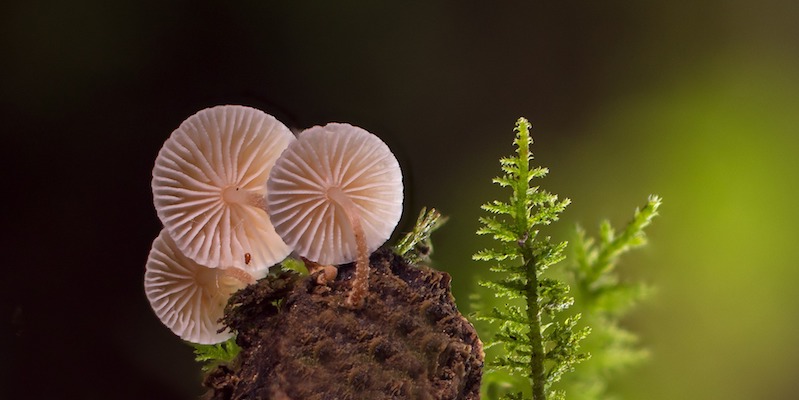 The Word ‘Anthropocene’ is Failing Us

By Bram Büscher and Robert Fletcher

The term “Anthropocene” is profoundly unsatisfying. As many scholars have by now argued, it treats “humanity” as a single entity that somehow dominates the entire planet. It obscures and depoliticizes profound differences between (groups of) people with vastly different impacts and claims. As argued by Lesley Head, the Anthropocene narrative also suffers deeply from deterministic, linear, even teleological thinking, as though history simply had to lead us to this moment of “the great acceleration.” And Head also shows that the nature–culture dualism is part and parcel of the Anthropocene narrative. In fact, she argues that:

It is not surprising that the human–nature dualism is so deeply embedded in the narrative, given its deep historical roots in Western thought . . . embedding of the associated concept of nature in contemporary life . . . and the fact that industrial capitalism is itself partly constitutive of both the dualisms that we now wrestle with and the Anthropocene itself.

This sounds familiar. It is, again, the political economy that connects the nature–culture dualism and the evidently dualistic Anthropocene. Indeed, the Anthropocene concept seems to have brought the dualism to new heights (or depths) by elevating one part of the equation to the driving seat of all contemporary change, including that of the geological record. No wonder, then, that some scholars contend that our current era should more properly be termed the “Capitalocene.” Yes, they say, a pervasive human influence over nonhuman systems can be seen to characterize this epoch. But this has been most centrally produced by the globalization of capitalist production over the past five hundred years, not by some general “anthropos.” Moreover, this dynamic of capitalist production is, by definition, always already both “human” and “natural,” something that Jason Moore conceptualizes as “world ecology.” How, then, will the analysis change if we switch from the Anthropocene to the Capitalocene? Let us start answering this question by following Moore a bit further.

There are two basic and integrated elements that we draw from Moore’s work to aid our purposes. The first is historical, the second political. Historically, Moore criticizes what he calls “the Anthropocene’s love affair with the Two Century Model of modernity: industrial society, industrial civilization, industrial capitalism.” Basically, much historiography around the Anthropocene, Moore asserts, revolves around eighteenth and nineteenth-century industrialization and, in particular, the harnessing of coal and steam power to ignite modern, capitalist development. The solution to the ecological crisis, from this perspective, is to curb and limit the use of fossil fuels with the resultant carbon dioxide (CO2) along with other emissions—something clearly visible in the 2015 United Nations Framework Convention on Climate Change (UNFCCC) Paris Agreement, which was widely acknowledged as an attempt to end the “fossil fuel era.”

Moore, in contrast, emphasizes a different historical origin of the current crisis: “the remarkable remaking of land and labor beginning in the long sixteenth century, ca. 1450–1640.” This era, he argues, is the beginning of the “capitalist world-ecology,” which “marked a turning point in the history of humanity’s relation with the rest of nature.” The turning point is not just that early capitalism “marked an epochal shift in the scale, speed, and scope of landscape transformation” across swiftly expanding capitalist geographical terrains, but that this led to a lasting bifurcation in the way humans saw themselves in relation to the rest of nature—the dramatic reinforcement and globalization of the nature–culture dualism.

The point in highlighting the term should be to move beyond it.

This brings us to the political implications of Moore’s intervention, poignantly summed up as follows:

To locate modernity’s origins through the steam engine and the coal pit is to prioritize shutting down the steam engines and the coal pits, and their twenty-first century incarnations. To locate the origins of the modern world with the rise of capitalism after 1450, with its audacious strategies of global conquest, endless commodification, and relentless rationalization, is to prioritize a much different politics—one that pursues the fundamental transformation of the relations of power, knowledge, and capital that have made the modern world. Shut down a coal plant, and you can slow global warming for a day; shut down the relations that made the coal plant, and you can stop it for good.

Moore’s politics is not focused on how one part of the dualism, “humanity” or “anthropos,” has used or transformed specific elements of the other part of the dualism, “nature” or, more specifically, fossil resources. Rather, it is—overtly so—focused on the inherently and historically integrated capitalist “world ecology,” which brings together “the accumulation of capital, the pursuit of power, and the production of nature as an organic whole.” Simply put, the focus for Moore must be on the historic and contemporary relations between power and politics, and for him these are always at the same time “human” and “nature.”

Conservation, as we have shown in previous chapters, has been an inherent part of the historical equations that have led to the rise of the Capitalocene. This means, on the most basic level, that the Anthropocene conservation debate should more accurately be termed the “Capitalocene conservation debate.” If we rename it this way, it is clear that the debate opens questions and issues far beyond conservation, nature or the overwhelming grandness of the “great acceleration.” Instead, it opens up potential for radically rethinking conservation within and through historical political economies writ large, as well as radically challenging and transforming them towards something new, something infinitely more liveable and positive than the problematic Anthropocene outlook. At the same time, this also means we should not get ourselves stuck in the Capitalocene. The point in highlighting the term should be to move beyond it. The specific reasons for doing so, however, are important.

In highlighting the Capitalocene label, we get closer to doing empirical and analytical justice to historical political economy and to recognizing how it evolved up to this moment. In so doing, moreover, we also have a better frame for understanding the current juncture in the “great conservation debate.” But how do we move beyond the Capitalocene (in a dual sense of moving beyond the term as well as beyond the historical period) and hence move the debate forward? Here, recent discussions in relation to Moore’s central concern of moving resolutely beyond the nature–culture dichotomy may help. Two strands of recent thinking on the Anthropocene are especially important for us here: work that, like Moore, aims to employ the Anthropocene discussion to resolutely do away with the nature–culture dichotomy and recent critiques of some of the theoretical predilections this has led to.

Donna Haraway challenges us to accept a basic reality of capitalist ruins while simultaneously encouraging us not to leave it at that.

In the first strand, two major creative statements responding to the Anthropocene discussions that aim to move beyond the nature– culture dichotomy are Anna Tsing’s The Mushroom at the End of the World and Donna Haraway’s Staying with the Trouble. Both books build on the by now familiar critiques of the Anthropocene concept. In Tsing’s words: “although some interpreters see the name as implying the triumph of humans, the opposite seems more accurate: without planning or intention, humans have made a mess of our planet.” Starting from the premise that “precarity is the condition of our time,” Tsing argues that the disasters expected to emerge from the great acceleration are already here and that we need to accept this. At the same time, she directs our attention to the “possibilities of life in capitalist ruins,” especially that which grows on the “edges” of the system. Tsing focuses on mushrooms as one key example of life springing up in edgy places and traces their “cultural-and-natural histories” through “entanglements” and “ephemeral assemblages.” This resonates with new conservation’s focus on “new natures,” for example by paying attention to the importance and possibilities of alien and invasive species. While his subtitle “why invasive species will be nature’s salvation” is overstated, Fred Pearce’s basic point, like Tsing’s, that we need to pay heed to the promise of unexpected reinvigorations of nonhuman life is important.

Like Tsing, Haraway challenges us to accept a basic reality of capitalist ruins while simultaneously encouraging us not to leave it at that. She even conceived the awkward term Chthulucene to make her point. This term, according to Haraway, is meant to “name a kind of timeplace for learning to stay with the trouble of living and dying in response-ability on a damaged earth.” What she means by this is that “there is a fine line between acknowledging the extent and seriousness of the troubles and succumbing to abstract futurism and its affects of sublime despair and its politics of sublime indifference.” Her term Chthulucene is thus an act of alternative realism, a deliberate attempt “to cut the bonds of the Anthropocene and Capitalocene.” Our project, and especially our attempt to develop an alternative conservation paradigm, shares this objective of trying to encourage acts of alternative realism. At the same time, the Chthulucene, Haraway emphasizes, is a project for imagining different “pasts, presents, and futures” while we “stay with the trouble” of the Capitalocene.

In interventions such as these, Tsing, Haraway and many others open space to think, sense and act differently—potentially outside or on the edge of “capitalist ruins.” This is important for understanding the Anthropocene conservation debate since it too provides space to think and act outside or on the edge of the capitalist ruins of lost or degraded biodiversity, ecosystems and landscapes. Yet, the terms with which we think through the debate matter, and here we need to distance ourselves from one of the main theoretical foci of Tsing, Haraway and Moore (as well as many others): their creative yet ultimately unconvincing attempts to move beyond the nature–culture dichotomy. The core of the problem we believe is simple: as these authors—and many others in a variety of theoretical “turns” from new materialism and actor–network to the “more–than” or “post”-human—attempt to move beyond the dichotomy in order to show that nature and society are deeply integrated and related, they often push too far. In the process, they erase (too) many critical distinctions, with dangerous consequences. Two are particularly important: the lapse into radical monism and the infinite extension of agency. 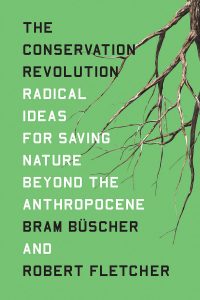 What Can the Artist Do in Dark Times? 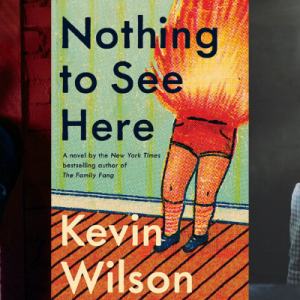 "How does one lose an accent?" That's the question that begins "Volver, Volver," the first poem I ever heard from Ariana...
© LitHub
Back to top