TODAY: In 2015, The Day of the Jackal author Frederick Forsyth reveals that he worked for MI6 for more than 20 years.

Also on Lit Hub: Javier Marias on the pain of the slow schism in a friendship • Five novels on womanhood, by women • From Claudia Dey’s Heartbreaker

Building a Personality From 100-Year-Old Photographs 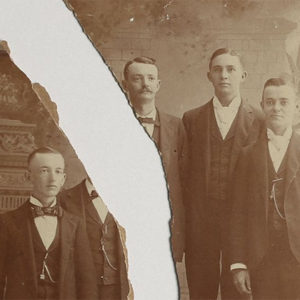 It’s odd how, over time, one loses touch with certain friends, especially groups of friends. With individuals it’s easier...
© LitHub
Back to top