TODAY: In 1873, Howard R. Garis, best known for a series of books featuring Uncle Wiggily Longears, an engaging elderly rabbit, is born. Look, not every day is Shakespeare’s birthday.

Also on Lit Hub: On Otherppl, David Shields on the painstaking work of collage • Who owns the memories when a family has more than one writer? • How to be a normal person in Hollywood • Read a story from Selahattin Demirtaş’ collection Dawn (tr. Amy Marie Spangler and Kate Ferguson. 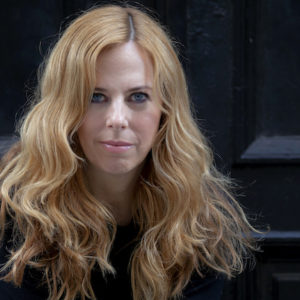 On July 14, 2016, Deborah Landau, the poet and director of NYU’s Creative Writing Program, was on a boat in the middle...
© LitHub
Back to top