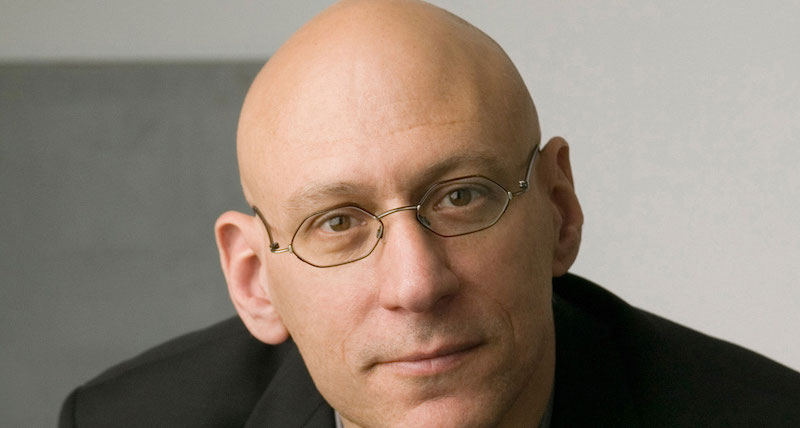 David Shields on the Painstaking
Work of Collage

Shields is the internationally bestselling author of 22 books, including Reality Hunger (named one of the best books of 2010 by more than thirty publications), The Thing About Life Is That One Day You’ll Be Dead (New York Times bestseller), Black Planet (finalist for the National Book Critics Circle Award), and Other People: Takes & Mistakes (NYTBR Editors’ Choice). The film adaptation of I Think You’re Totally Wrong: A Quarrel was released by First Pond Entertainment in 2017.

A recipient of Guggenheim and NEA fellowships and a senior contributing editor of Conjunctions, Shields has published essays and stories in the New York Times Magazine, Harper’s, Esquire, Yale Review, Salon, Slate, A Public Space, McSweeney’s, and Believer. His work has been translated into two dozen languages. He lives in Seattle.

David Shields: I mean, that’s a whole huge topic . . . One of my standard joke responses is, I’m not really that prolific. They’re all brief, collaborative and plagiarized. [laughs] That’s a joke; I hope the audience gets it. I often do a remix of other people’s stuff, like the Trump book has a lot of quotes.

Brad Listi: But the amount of research you have to do. I’ve done some collage work . . . it’s a lot of work.

DS: Tell me about it.

BL: To make it cohere is not an easy feat.

DS: You and I are interested in whatever you want to call it—assemblage, collage. My agent thinks I should slow down. There’s a quality, of you know as they say, flooding the market, like another book by David Shields. It’s collage. It might be interesting. It might not, but there might be a quality. Not that I’m some sort of commercial entity. The books are brief and they are really focused.

BL: How do you conceive of them? Do you start with a question that you’re trying to answer? How do you structure a project?

DS: I think that’s exactly it. I have this whole riff on how one does a book like this. In a way, the form of, say, The Trouble with Men is quite similar, isn’t it, to in a way Nobody Hates Trump More Than Trump. I really do feel, without sounding too grandiose, is that I start with a question that I’m haunted by. I’ve always loved this idea of W.H. Auden’s “Great art is clear thinking about mixed feelings.” You may have seen me quote it . . . and my students always roll their eyes when I quote it again. I take a subject about which I’m very ambivalent, and to take these two subjects—even though politically I work quite hard to end the reign of terror that is Donald Trump—as a performer I find him extraordinary. He’s an incredible performance art maestro. I had a guilty pleasure. He’s hard to get a handle on. I think the chatter class on the left and media folks and Democratic candidates; he’s very hard to push back against for all kinds of complicated reasons.

Basically, I start with a question—a huge question like reality or race or sex or death or celebrity—and I shoot a lot of film, as I call it. I just gather stuff for months, sometimes years. With The Trouble With Men, I had been taking notes on that work for probably fifteen years, and at one point in the book it was 3,000 pages of stuff. So I keep shooting film and researching and reading and emailing people, and then at a certain point I am no longer learning anything. All the insights are starting to repeat. At that point, I compress, compress, and compress and winnow, winnow, and winnow, by which I mean that I get rid of 90 percent of it. 3,000 pages became a very brief 30,000 word, 138-page book. You’re exactly right: I begin with a personal, cultural, and human cataclysm, something that I find I am obsessed with and which I think in my grandiosity carries larger human resonance.

BL: I think we talked about this the last time you were here, about the nuts and bolts of organizing the research you do. Can you refresh me on that?

DS: Basically, to take The Trouble With Men, it’s 3,000 pages . . . and I read it with an unbelievably gimlet eye. I’m looking to get rid of almost all of it. That’s the most trepidatious part, as I have hundreds of pages, sometimes thousands, and is there really anything here? I get rid of anything that I find predictable, safe, corny, sentimental, and self-protective. Anything that feels easy. I try to keep only stuff that, frankly, makes me nervous, that it feels like it’s getting at some uncomfortable stuff.  Then, say I have 3,000 pages narrowed down to a couple hundred pages: a big question for me is do I cut it vertically or do I cut it horizontally? Vertically means mini-chapters: a chapter on memory or a chapter on hip-hop or a chapter on reality TV. Horizontally would be something like Maggie Nelson’s Bluets. Two hundred and forty brief fragments. Basically is it “a a a b b b c c c d d d” or is it “a b c d a b c d a”? Book by book, it varies . . . You know, I’m seeing some books that you have on your shelves, like Jenny Offill’s Dept. of Speculation, and that’s a really interesting example.

BL: I marvel at the compression of that book.

DS: Compression is what this is all about. Someone else could have written that as 700-page, 600-page, or 400-page novel. That’s the whole excitement of this form, to be honest, is compression, concision, and velocity. Basically, you’re assuming and expecting the reader to fill in the gaps. If Jenny in that book makes a tiny gesture, you could fill in those ten years of that particular marriage that we don’t chapter and verse that you might get in a Jane Smiley novel. Jane Smiley is a great novelist, but that’s a different gesture.

A terribly important thing to me is that collage is not a refuge for the composition. The book still needs incredible momentum. The whole challenge of it is to get the work to where it doesn’t feel like random hopscotch but that it feels like there’s a beautiful madness as you’re excavating more and more deeply the very material that you’re meaning to explore, and that’s a subjective choice. In my opinion, The Trouble with Men and Nobody Hates Trump have a real drive to them. Not a conventional narrative drive but I’m gaining new ground in every chapter, and for many people, like a reader who wants to read a Raymond Chandler novel, the book doesn’t deliver that kind of narrative gyration.

BL: Good collage literature can fool you in a way that writing in a minimalist style can fool you. Like the undergraduate English major who reads Raymond Carver and thinks, that’s easy.

BL: You know, you look at collage and you all you have to get is take chunks and bits from other people’s work and mix in some of your own, and you have a book.

DS: I like to claim rather peremptorily that collage is an evolution beyond narrative, and there’s nothing more exciting. I don’t know if you’ve read David Markson’s work, but I remember somebody’s blurb that said something like, “For a bibliophile this book is an absolute page-turner.” I can’t put Markson down because first of all it’s so exciting on an intellectual, emotional, and metaphysical level, and, second, Markson works in musical beats, and to me the excitement of that kind of work is that if it really work the reader starts to get in rhythm with the author’s beats and it feels like a really serious conversation—and a very intimate one as well. There’s this wonderful line that I always quote from David Foster Wallace who was asked, what’s so great about literature? He said, we’re existentially alone on the planet. You can’t know what I’m thinking and feeling, and I can’t know what you’re thinking and feeling. Literature at its very best is a bridge across the abyss of human loneliness. The work I really love to read and write and teach to me if it really accomplishes what it sets out to do it feels like an incredibly intimate and significant conversation. 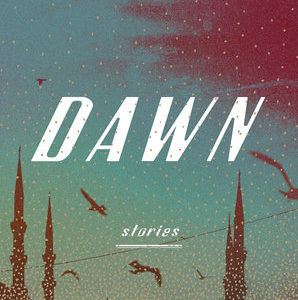 That Renault station wagon you see over there, it’s from our neighborhood—and so are all the guys inside it. They’re...
© LitHub
Back to top