Junk Science, Paternalism, and a Misplaced Faith in 'Expertise'

Adolf Meyer never accepted that different approaches to mental illness were in conflict. All “facts,” from whatever source, were welcome and would, in due course, contribute to understanding and combating mental illness. Meyer was an encouraging presence in the rise of virtually all the new biological treatments of the 1920s and 30s. Prior to that, he left his mark on the American eugenics movement.

But Meyer also played a decisive role in the rise of an important new American movement to combat mental illness that was not biological. Called mental hygiene, it was animated by the belief that many mental illnesses had their roots not in bad brains but in bad habits picked up from living in bad neighborhoods or being raised by bad parents. It was Meyer who named the movement and provided many of its original framing ideas. After World War II, when a new generation of American Freudians inherited mental hygiene’s mantle, Meyer’s stamp on their thinking was visible everywhere.

The story of mental hygiene begins in 1909, when Meyer co-founded the National Committee on Mental Hygiene, with a mission to research the social and environmental causes of mental illness and to develop strategies for ameliorating them.

In setting up this committee, Meyer worked (not always very harmoniously) with former asylum patient and wealthy citizen activist Clifford Beers. In 1908 Beers had published a widely noted memoir, A Mind That Found Itself, in which he described his appalling experiences in a mental hospital. He himself had originally envisioned a movement focused on reforming the often abusive and underfunded state hospital system, and had reached out to Meyer for help. Meyer persuaded Beers to focus instead on reducing the number of people who ended up in such institutions in the first place.

And as mentioned, Meyer coined the term mental hygiene for this initiative, thereby aligning it with other public hygiene movements of this time: social hygiene (which aimed to combat promiscuity and reduce the spread of sexually transmitted diseases), physical hygiene (which aimed to teach habits of cleanliness, good nutrition, and fitness), and what was sometimes called race hygiene (eugenics, in which Meyer of course was also active). All of these movements in turn came of age during a period in the early 20th century known as the Progressive Era, when the United States was first coming to terms with the effects of rapid industrialization, urbanization, and immigration.

The Progressive Era was marked by great moral contradictions. It was a time when so-called robber barons—late 19th-century American businessmen like the Carnegies and the Rockefellers—made huge wealth by exploiting workers and using cutthroat business methods, but it also saw the establishment of the first worker unions and efforts to improve child labor laws. The National Association for the Advancement of Colored People was established in 1909, even as Jim Crow segregation laws structured virtually all aspects of American life. White suffragettes fought to extend the vote to women, but did so in ways that often explicitly contributed to black disenfranchisement. Finally, it was the age of the expert, when lots of things were supposedly going to be fixed by the people who knew best.

With the help of other prominent figures in the field, Meyer and Beers’s movement of experts aimed to broaden psychiatry’s remit along preventive lines. Psychiatrists should no longer sit in their cavernous hospitals, waiting for mentally ill patients to come to them. They should instead seek to combat incipient mental illness before institutionalization was needed. In setting this goal, the mental hygienists created a new kind of patient for psychiatry: the so-called maladjusted person, also a term coined by Meyer.

Maladjusted people, he explained, were not truly mentally ill but were at risk of becoming so. One saw such people everywhere: they were the socially awkward ones, the introverts, the evasive ones, the shy ones, the excessively “good” ones, or conversely, the troublemakers or rebels. What all these people shared (different as they might have superficially seemed) was a deficiency in the ability to effectively “react” or “adapt” to the demands of life. As one of Meyer’s colleagues, C. Macfie Campbell, put it in 1917, “Mental disorders are disorders of human adjustment, maladaptations, unhygienic compromises, immature or distorted methods of meeting the complex situations of life.”

In their effort to prevent or at least reduce incidences of maladjustment, the hygienists initially focused on education. They mounted traveling exhibitions, produced and distributed pamphlets, hired and promoted public speakers, and pitched local newspapers stories. They taught ordinary people how to identify the early signs of disorder, urging parents in particular to bring their maladjusted children to a doctor at once. They offered tips for practicing good mental hygiene at home: avoid alcohol abuse, become aware of the fatal risks of syphilis, avoid overwork, reduce strain, don’t suppress feelings but also don’t brood, avoid taking refuge in fantasy, and partake in normal social activities.

These tips may strike us today as homilies that equated mental health with Progressive-Era understandings of productive citizenship, but the mental hygiene movement wrapped them in a patina of medical authority, and at the time they were taken seriously. 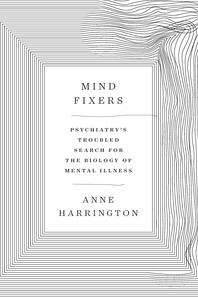 Anne Harrington is the Franklin L. Ford Professor of the History of Science and faculty dean of Pforzheimer House at Harvard University. She is the author of four books, including Mind Fixers and The Cure Within. She lives in Cambridge, Massachusetts.

Dreaming of Being a Writer When You've Never Actually Met One 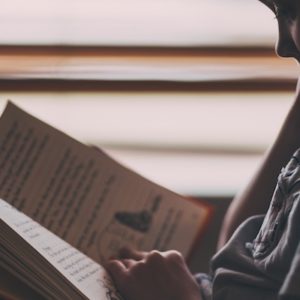 I’m both a writer and the daughter of a writer. This fact has undoubtedly brought my mother and me closer, in some ways:...
© LitHub
Back to top
Loading Comments...