TODAY: In 1987, Primo Levi, chemist, writer, and Holocaust survivor, dies at 67. His work The Periodic Table (1975) was called the best science book ever written by the Royal Institution of Great Britain. 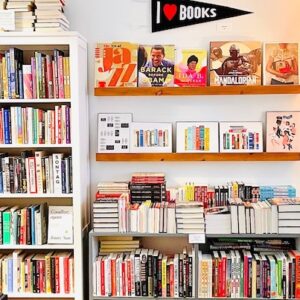 Shelf Talkers is a new series at Lit Hub where booksellers from independent bookstores around the country share their favorite...
© LitHub
Back to top