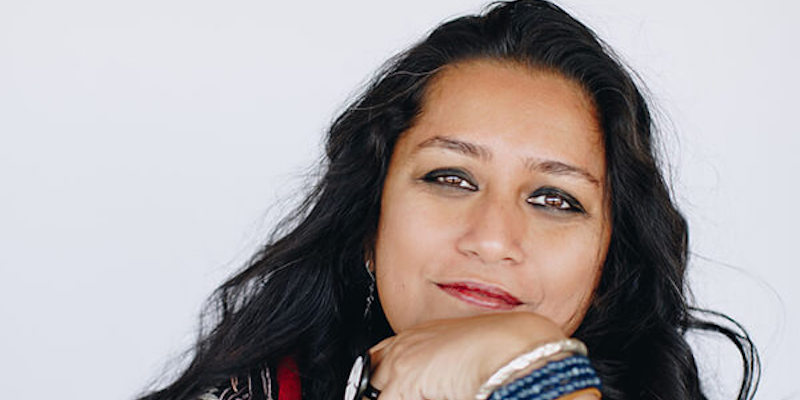 Madhushree Ghosh on Food as Survival, Grief, and Liberation

Anjali Enjeti in Conversation with the Author of Khabaar: An Immigrant Journey of Food, Memory, and Family

On a dark and foggy night in early December, Lyft delivered Madhushree Ghosh to my suburban Atlanta home where we jumped in my car and headed further north to Sri Krishna Villas, a vegetarian Indian restaurant in the southern part of Forsyth County. This formerly all-white county now has a sizable Asian population with South Asian restaurants and grocery stores lining busy roads.

When Madhushree, a molecular biologist, initially told me she’d be flying into Atlanta for a conference, we had planned to eat at a restaurant closer to her hotel in the city. But then she saw the photo I tweeted of two, three-foot long paper masala dosas, and had to check them out herself. The debut author of Khabaar: An Immigrant Journey of Food, Memory, and Family (University of Iowa Press), knows how to spot an authentic South Indian dish when she sees one.

We ordered at the counter, and when our number was called, I sent Madhushree to pick it up so I could video her carrying a dosa so large it barely fit through the doorway to the dining room. As we tore off pieces and dipped them in sambar, she assured me the restaurant was more than worth the drive to get there.

I recently caught up with Madhushree over the phone about her new book from her home in San Diego. This interview has been edited for length and clarity.

Anjali Enjeti: How does being a daughter of refugees and an immigrant by choice shape your food ways today?

Madhushree Ghosh: I come from a family of refugees. My parents had to leave what was then called East Bengal (but is now Bangladesh) due to the political strife of Partition. But they would have considered themselves displaced people, not refugees. Perhaps this is because they did not come to India hoping to avail themselves of resources.

All our stories and food ways came from East Bengal. My parents said everything was better there. The cauliflower in East Bengal was bigger. The roses were prettier. We eventually moved from Calcutta to Delhi and lived in a Bengali neighborhood, so our East Bengal food ways stayed the same.

“Food, writing, science, roots—the things I am passionate about all are grounded in activism and politics.”

As a student in India, my role was to study. My mother would cook. Many young women my age would spend their time in the kitchen but that’s not how I was brought up. So when I immigrated here in 1993, to Long Island, I didn’t know how to cook. There were no Indian stores near me, and I had no car. When I came here I knew how to make butter chicken. But you can’t eat butter chicken every day! A friend taught me how to cook rice in a rice cooker—how to add peas and carrots from a frozen bag and add cumin. It was not a very palatable dish.

I missed the food in India. My food ways started to fade.

AE: How did losing your parents complicate this?

MG: When my parents died, I lost all of the family recipes. But when I started cooking with intention, it’s almost as if I knew what to do, and had muscle memory from listening to my mother cook in the kitchen while I was studying. My subconscious must have been paying attention. Mulo chechki, a grated radish with onion seeds, is a simple recipe that I never made when my mother was alive. I was able to reproduce it after she was gone. I am now able to reproduce a lot of her dishes without having been taught by her.

I cook because I miss my parents. It’s how I express my grief. It’s how I keep them alive. It’s how I continue to pay respects to my roots.

AE: Does your career as a scientist shape how you see your family’s food traditions?

MG: I feel desi food, specifically Bengali food, since I know that best, is very scientific in how we eat. We start with rice and ghee, clarified butter that coats your stomach lining and the stomach to get the digestive enzymes to work, and then fiber or saag or greens, which have gut health and colon health properties, followed by lentils, which are protein rich, and then a curry in turmeric and ginger, which are anti-inflammatory in nature. This is followed by heavier proteins like fish, and then chicken and maybe goat curry, if we’re feasting. We round this out with mishti, a dessert, like a shondesh, naroo, or mishti doi (yogurt sweetened with jaggery).

There is an order to what gets in your body, so the body can digest it better. My mother used to say this is how we should be eating, one step at a time.

AE: As anyone familiar with your Instagram knows, you also grow your own food. Are you inspired to do this from your Baba’s garden in Chittaranjan Park?

MG: I didn’t think of it that way when I started. I was gardening prior to the pandemic but my gardening really took off during the pandemic. Through gardening, I was able to connect to my Bengali roots. I wasn’t expecting that at all.

I planted mustard greens, cauliflower, beets, and green onions, because that’s what my Baba used to grow. At our home in Chittaranjan Park, we didn’t use gloves. We just had a tool, a khurpi, like a spade, to dig the soil. We used our hands. Our fingers were immersed in the soil and water. That’s how we bonded with my Baba.

When you grow something and chop it and make food out of it, you are eating that energy. There’s a lot of energy spent to grow a single mustard leaf. There was sunlight in it. There were bugs in it for the soil to aerate, and the chlorophyll. So when we grow our own vegetables and cook our own vegetables, there’s a connection to make sure that it’s good for the world.

AE: You write about the assassination of Indira Gandhi, and witnessing the Delhi riots that followed. How does this violence shape how you think about extremism and violence in the US?

MG: We grew up with terrorist attacks in the background of our childhood. Middle class civilians like us were subject to horrendous civil rights abuses. We could be stopped anywhere. My neighborhood in Delhi, Chittaranjan Park, started having blockades. At public events, airports and office buildings, we had to go through checkpoints with guards touching us to check if we were carrying anything suspicious on our person.

“When I fight for equality, for social justice, when I unlearn my unconscious biases and admit to it so others can too, I connect back to the culture that I was brought up in.”

The extremism for me here in the US was more obvious to me after 9/11. A generation has grown up with an us-versus-them mentality. After 9/11, America just joined the rest of the world. Is this surprising? It shouldn’t be. I gave up my Indian citizenship to become an American. Where do I belong if I don’t belong?

MG: We are the “model” community. We’re the women with long hair, the doctors and nurses and educators and those who are or who produce spelling bee champions. We do not rock the boat and we do not challenge the Caucasian order of things. We try to be them, we don’t try to beat them. It’s such a status symbol in our community to get married, to be paired. It’s much better than to be single, divorced, or child free.

In the book, I write about my experience with non-physical violence, such as emotional abuse, neglect, and gaslighting. For a long while, I didn’t want to talk about his abuse, because what does that say about me? And then I thought—I’m a career woman in science who is doing really well on the corporate ladder—no one needs to know.

If you go through every Facebook post of Kothari’s, you can see she’s a happy person. But I lived my life like that for seventeen years and I know exactly what she went through. Her partner wouldn’t have stabbed her multiple times when she was five months pregnant unless he’d tried to do it before. Over 40 percent of South Asian women in the US experience domestic partner violence. I wrote this essay in the book for them. I talk about intimate partner violence for them. We need to keep writing about it and talking about it.

AE: You’ve said that activism defines your writing and life. Do you think activism is a way to unite South Asians in the diaspora, and also, reconnect us back to our origin countries and cultures?

MG: Yes it’s exactly that. I come from a family of Bengali literature and journalist people. Politics, equity, and equal rights are what we discussed daily at the dining table. Food, writing, science, roots—the things I am passionate about all are grounded in activism and politics. You try to live the values you grew up with, and carry them out through the social justice causes that make you, you. Or at least, that’s what I try to do. When people say they don’t have time, what they’re really saying is that they don’t have time FOR THIS.

When I fight for equality, for social justice, when I unlearn my unconscious biases and admit to it so others can too, I connect back to the culture that I was brought up in—that of conversation, of discourse, and ultimately passionate action. What a glorious thing it is when the passion of our conviction allows us to change the world, one step at a time.

Free of the Earth: On the Tohono O’odham Nation's Fight to Protect the Saguaro 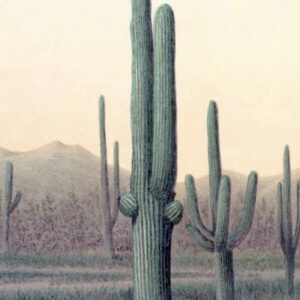 Free of the Earth: On the Tohono O’odham Nation's Fight to Protect the Saguaro