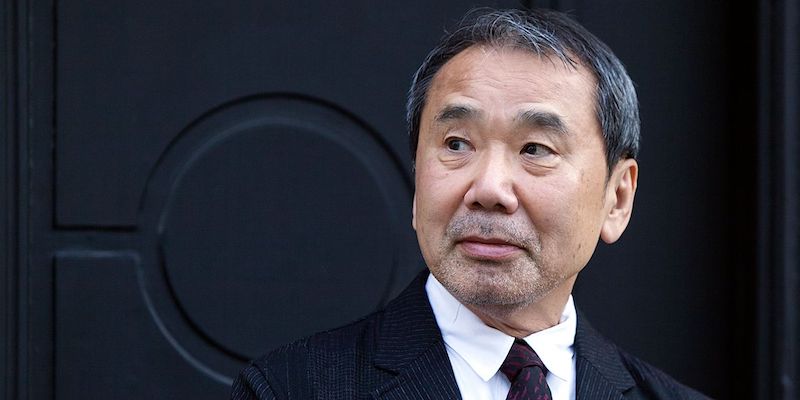 Haruki Murakami’s writing has inspired many creatives’ own practices, from visual artists to video game designers to filmmakers to other writers. And hopefully we’ll be seeing yet another artist-turned-Murakami-enthusiast: Joe Jonas has revealed he’s been reading Murakami as he works on new music.

In an interview with The Wall Street Journal, when asked about good books he’s read lately, Joe Jonas said he recently read Murakami’s Hard-Boiled Wonderland and the End of the World. Said Jonas, “It’s a pretty trippy book. It’s very sci-fi/fantasy, but I loved it.”

It’s a casual mention, but Jonas is constantly reinventing himself, so I can’t help but wonder: is this the start of a new arc? Will Jonas follow in the footsteps of other devoted fans and start wearing themed shirts and listening to bossa nova? Can we look forward to new Joe Jonas songs about a love interest’s delicate, shell-like ears? (To be fair, the lyrics of his 2011 song about a guy trapped in a lighthouse already have big Murakami energy.)

For someone with a reputation for being reclusive, Murakami has been very active and present with his fans for the past few years, so Joe Jonas: reach out to him! Collab on a radio show! Plus, in the interview Jonas mentioned his extensive running routine—so he and Murakami would have a lot to talk about.