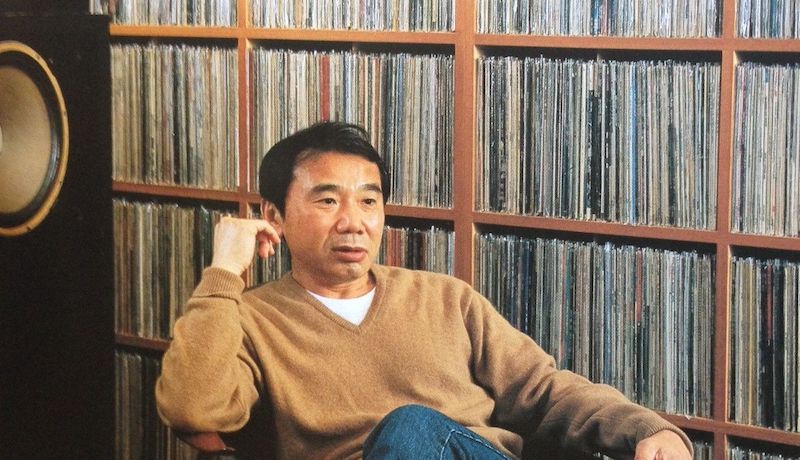 Haruki Murakami hosted a bossa nova jam over the weekend—and you can watch it online now.

It’s well-known at this point that Haruki Murakami loves music. Music features heavily in his writing; he’s published Absolutely On Music, his music-related conversations with Seiji Ozawa, former conductor of the Boston Symphony Orchestra; he’s hosted radio hours; the library being built after him will house his collection of tens of thousands of vinyl records.

So, it’s not so surprising that on Valentine’s Day, Murakami hosted a two-hour live show called Blame it on the Bossa Nova, to commemorate the 50th anniversary of the opening of Tokyo FM radio station. The special featured musicians like Lisa Ono, Miu Sakamoto, and pianist Yōsuke Yamashita, as well as a talk from Murakami himself; Murakami also recited his short story “The 1963/1982 Girl from Ipanema” with live accompaniment from guitarist Kaori Muraji.

The jam is viewable online with English subtitles until February 24th; it can be streamed here with purchase of a ¥4,000 ticket. (Exclusive Murakami Jam merch—mugs, tote bags, and T-shirts—are also available now.) If you have a ticket, you can stream the show as much as you like until it’s taken offline; a reasonable investment if you love bossa nova, or if you just want to take some time for yourself. Said Murakami, “As we are going through a time of anxiety, I hope to help you relax a little bit . . . I think good music is something that heals people and fires up your kindness.”