Is National Service the Only Way to Stitch America Back Together?

Andrew Keen Contemplates a Nation on the Brink

Another week in America, another racist mass murder. Last Saturday’s abomination in Buffalo only seems to confirm Canadian writer Stephen Marche’s grim conclusion from our conversation in January, that America is already in a state of civil war. So if Marche is correct, if the United States really is embroiled in what he calls The Next Civil War, what can we do? How can we glue a violently disunited country back together again?

Another week in America, another controversial memoir from an ex-Trump bigwig. Mark Esper’s Sacred Oath: Memoirs of a Secretary of Defense During Extraordinary Times, hasn’t elicited much enthusiasm. Stephen Colbert accused the former Secretary of Defense of cashing in and suggested he should have quit in June 2019, when—at the height of Black Lives Matter protests over the George Floyd murder—Trump said to Esper: “Can’t you just shoot them? Just shoot them in the legs or something.”

While Slate placed Sacred Oath in the “late decadent phase” of the Trump memoir (as if there was ever a pre-decadent phase in this uniquely unscrupulous art).

Maybe. But my Keen On conversation with Esper earlier this week offered some ideas on how to make America less uncivil. Whatever one thinks of Esper’s decision to work for Donald J. Trump in the first place, there’s little doubt that his public acknowledgement—alongside General Mark Milley, the Chairman of the Joint Chiefs of Staff—that they made a serious mistake in appearing with Trump in that notorious June 2019 walk from the White House to St John’s Church, underscored the political neutrality of the American military.

Esper and Milley certainly aren’t blameless. But in so quickly admitting to their error of political judgment in June 2019, both men made it crystal clear to Trump that the military couldn’t be tampered with. It was a key moment, perhaps even

the key moment, in the whole sorry saga of Trump’s attempt to subvert democracy from within.

National service can help forge a shared kind of civic identity in America.

And so, in my conversation with Esper, I asked him about the role of the military in gluing America back together. Especially given that the military remains the one national institution that most Americans still trust and admire. While Esper was ambivalent about military conscription, he expressed unambiguous enthusiasm for reintroducing national service back into American life.

Conscription or national service isn’t going to automatically synthesize what George Packer identified last year on Keen On as the four narratives that now dominate American life. Nor will it instantly put to an end to racist mass murders. But it’s an essential beginning for a fractured country that appears to be now slipping, Lebanon-style, into civil war. Given this imminent crisis, it’s tragic that no politician or party has made either conscription or national service the heart of their agenda. Eventually this will come—one hopes from an American soldier-turned-politician, ideally a 21

This ideal of national service was also central to my Keen On conversation this week with Phil Klay, a former marine and the author of Uncertain Ground: Citizenship in an Age of Endless, Invisible War. Like Esper, Klay is disturbed by the surreal quality of American politics. Americans talk obsessively about “citizenship” and “shared responsibilities,” he told me, and yet the country’s tragically endless, invisible wars in Iraq or Afghanistan are being fought by professional soldiers who are conveniently forgotten by the media and by politicians alike. This is, indeed, the same argument that a former Marine and now US Congressman from Arizona’s 7

th District, Ruben Gallego, made on Keen On last year.

National service can help forge a shared kind of civic identity in America. As the distinguished political philosopher Francis Fukuyama told me on Keen On last week, it’s a way of reinventing liberalism so we can share what he calls a “national identity.”

“Nations are important not just because they are the locus of legitimate power and instruments for controlling violence,” Fukuyama writes in his new book, Liberalism and Its Discontents. “they are also the singular source of community.”

And it’s that singular source of community which is now so strikingly absent from American life. Everybody—from the anti-Trump Republican Mark Esper to the Democratic Congressman from Arizona Ruben Gallego to the Marine-turned-essayist Phil Klay to the political philosopher Francis Fukuyama—knows it.

But community isn’t something that you can just hand out to Americans. It’s not like a new road or school. It has to be created. And the smartest way to begin to do this is by (re)introducing national service and perhaps even military conscription into an America where duty is seen as somebody else’s responsibility. 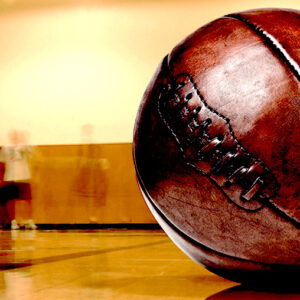 One summer day during the early 1970s, an elderly man showed up at outdoor basketball courts in Harlem carrying a plastic...
© LitHub
Back to top