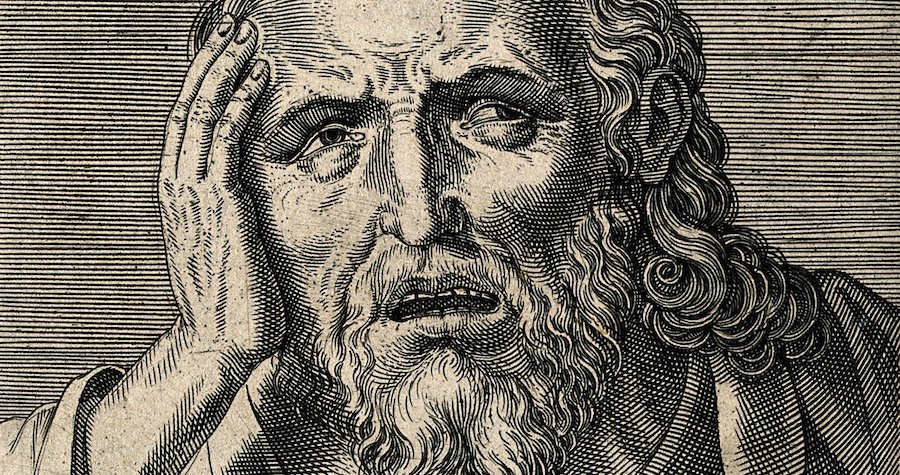 How to know the future? The historian’s answer is to know the past. Since the future hasn’t happened yet, they tell us, the only way to look forward is by looking backwards. As pattern-recognizers, then, their argument goes, historians make the most prescient futurists. Apparently, we’d be lost without them.

Historians would say that, of course. And they’ve been saying it ad nauseum on Keen On this week. Ian Morris, the Stanford University Anglo-American historian of antiquity, came on Keen On to discuss his new 550-page doorstopper Geography Is Destiny–Britain and the World: A 10,000 Year History. The point of the book, it seems, is to explain Brexit in the geo-strategic context of Britain’s ten thousand year-old history as an island. Morris’ conclusion is that Britain’s future depends on its accommodation with China, supposedly tomorrow’s dominant superpower.

What this augers for liberal democracy, Britain’s most significant contribution to modernity, Morris never quite tells us. Maybe, in the fashion of other successful 21st-century products such as the English Premier League, Westminster will be acquired by a Chinese tech consortium. Perhaps MPs could wear the logos on their shirts. It would certainly smarten Boris Johnson up.

Then another pattern-recognizing Brit, Charlie Robertson, the London-based global chief economist of Renaissance Capital, came on Keen On to talk about his new book, Time Travelling Economist: Why Education, Electricity and Fertility Are Key to Escaping Poverty. Robertson wants us to time travel back into the 19th century to understand how the west escaped poverty in order to confront 21st-century poverty in the global south. Right, Charlie. But surely something has changed over the last couple of hundred years. Western democracy, for example. Or the internet. Or the chillingly seductive Chinese model of Leninist surveillance capitalism.

You can’t win with historians. We are as equally lost with them as without them. Particularly in 2022, when we are stumbling into a future that seems simultaneously unrecognizable and all-too-familiar. Today’s headlines mangle the future by drawing ludicrous historical analogies. So, according to the BBC, the war in Ukraine is settling into “World War One-style trench warfare.” But the war in Ukraine, fought as much on TikTok and Twitter as in the Donbas, is about as much like WWI as the Peloponnesian War (a unique war which, by the way, Ian Morris covers with much delicacy in his 2009 book, The Greeks).

In our post neoliberal world, it feels as if we’ve tried everything and nothing works. Returning to the Iron Lady now appears as archaic as returning to FDR or JFK.

A few months ago, a third Brit, the Cambridge University economic historian Catherine Thompson, appeared on Keen On to talk about how we are returning to what she calls the stagflationary “disorder” of the 1970s. Today, with inflation dominating the headlines, even the World Bank is warning about a return to the 70s. If only we could return to the innocence of the 70s, with its Thatcherite optimism about taming our stagflationary future. In our post neoliberal world, it feels as if we’ve tried everything and nothing works. Returning to the Iron Lady now appears as archaic as returning to FDR or JFK.

That return, especially to reassuringly mythical figures like JFK, remains annoyingly seductive. Maybe we fetishize the return because we can’t move forward. This week, I had Jefferson Morley, the editor of the JFK Facts Blog, on Keen On to talk about his new book, Scorpion’s Dance: The President, the Spymaster, and Watergate. Morley magically weaves Watergate and the Kennedy assassination into a Deep State conspiracy narrative of how the CIA orchestrated the JFK killing and then leaked the Watergate tapes in order to politically assassinate Nixon.

Morley, I suspect, is “trapped” in what Collette Brooks, another recent Keen On guest, describes as the “present tense.” If only the CIA could organize the assassination of the ghosts of JFK and Richard Nixon.

That’s the problem as much with grand historians like Ian Morris and with conspiracy theorists like Jefferson Morley. If nothing ever changes, then we are all locked inside the iron cage of the present tense. So Brexit can be explained by 10,000 years of history. So Watergate can be explained by that “Murder Most Foul” in Dallas in November ‘63. There’s no agency. No choice. As Morris suggests, we all might as well pack our bags and go and live in Xi’s dystopian technocracy.

But history does change. Nothing is ever quite as it was. “No man ever steps in the same river twice,” the father of western historiography, Heraclitus of Ephesus, is supposed to have said. And that everchanging variety is what continues to define our river of life.

Earlier this week, I had my old friend, the tech entrepreneur and writer Vivek Wadhwa on Keen On to talk about Silicon Valley’s new emperor, Elon Musk. Wadhwa suggested, quite rightly I think, that Musk isn’t just the second coming of Steve Jobs. Something has gone profoundly wrong with both Musk and Silicon Valley, he explained. Let’s just say that the wiring has gotten seriously fucked in techland.

Maybe the erudite Ian Morris could find an analogy in some crazy Caesar in the late Roman Empire. But no bloated, degenerate late Roman emperor had forty billion dollars to waste on a destructive social network. Nor did any late Roman emperor have the technology to export their inane insanity to other innocent planets.

And I wonder if history sometimes has the cheek to jump up and unexpectedly bite us—like a scorpion lurking in Heraclitus’ ever-flowing river. My most memorable Keen On interview this week was with the North London writer Abi Morgan who, as it happened, wrote the screenplay for The Iron Lady—a wistful movie about the twilight days of a diminished Margaret Thatcher. And she’s also written the screenplays for many other acclaimed movies and television series’ including Brick Lane and The Split.

But Morgan’s magnificent new book, This Is Not a Pity Memoir, isn’t a fictionalized drama about other people. Instead, it’s a brutally honest autobiography of the catastrophic last few years of her life, when her husband, Jacob, suffered a brain seizure and went into a coma and she simultaneously was diagnosed with a particularly aggressive form of breast cancer. What does this have to do with history, you might ask. Everything, as it happens. When Jacob went into a coma, medical “data” (science’s word for history) gave him less than a 1% chance of recovery. His future was preordained. Even This Is Not a Pity Memoir assumed the worst.

But in the six months since Morgan finished the book, her husband Jacob has made an astonishing recovery. Maybe he got bitten by a lucky scorpion. Maybe it’s because he’s a loyal Spurs season ticket holder. Who knows. But Jacob’s case reminds us that we shouldn’t always trust the pattern-recognizers.

Stuff happens in Heraclitus’s river. The past doesn’t inevitably inform the future. Xi’s monstrous regime in China isn’t necessarily the future of the world. Agency and democracy matter. Even in stagflationary 2022, we can make our own histories. 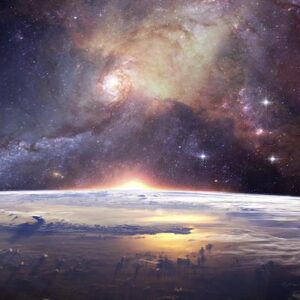 Stories are an inherently collaborative experience, and all stories have a purpose. Among Métis and nêhiyawak, as with...
© LitHub
Back to top