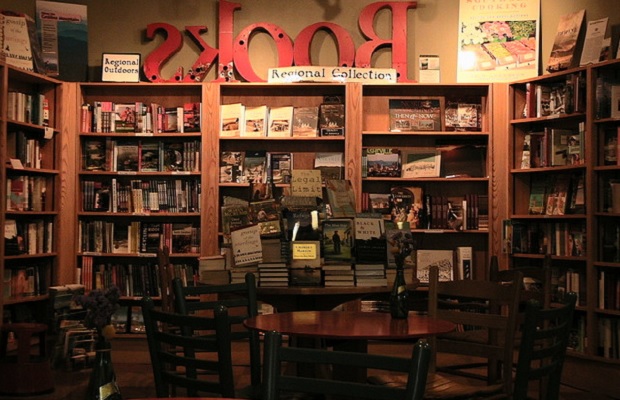 The Final Stop on the Anti-HB2 Book Tour

Malaprop’s Bookstore was the last stop of our tour of North Carolina. Like Scuppernong Books and Flyleaf Books, Malaprop’s has taken a strong stance against the bigotry of HB2. As part of Authors For Action, a new reading series designed to support important social issues, we were partnered with LGBTQ organizations. Elizabeth Kostova, patron and host of our joint reading, began the event with a statement of support for those who have come out against HB2. We each read from our books, took questions from Elizabeth, and held a Q & A with the audience.

For me, this trip has in many ways been about confronting my past. Where I grew up, in Arkansas, I was a closeted preacher’s kid incapable of coming to terms with my sexuality. My one gay friend, I’ll call him D here, was an exuberant boy who dressed up in his mother’s clothes and belted out Shania Twain hits. In that small town I was his only real audience; if his parents had ever caught us, the show would have certainly ended abruptly. This went on for a number of years, D singing Shania and I sitting on a pile of wood behind his father’s shed, until rumors began to spread in our elementary school that we were gay. I began to distance myself from him, to mock him behind his back, to suggest that he was a little “funny.” As often happens with gay kids in the South, I internalized the bigotry surrounding us and used it as a weapon against the person I most resembled.

So when Garth and I were driving through North Carolina, singing along to Taylor Swift and Carly Rae Jepsen and Beyoncé (Garth has major vocal talent, by the way, his first artistic calling that of opera), I was experiencing a shared queer Southerness for the first time in my life. Garth and I both fled our hometowns the minute we could, eventually meeting in Bulgaria, where we were both fellows for the Sozopol Fiction Seminars. As Garth said in our Q & A at Malaprop’s in Asheville, the bigotry we experienced in Eastern Europe felt strikingly familiar; the way LGBTQ folks are treated in Sofia was nothing we hadn’t seen before. As the Q & A went on, we began to find more connections between what’s happening in the South and what’s happening in Bulgaria. For queer kids growing up in either of these places, the message they receive is that their lives lack dignity. I was certainly guilty of sending this message D’s way when I turned from him in our elementary school hallway.

Before our reading, I asked Garth to pull over so we could eat at a Waffle House. Garth had never eaten at a Waffle House, and I told him that this was inexcusable. “How can you call yourself a Southern boy?” We took a booth at the back, beside a group of boys who seemed solidly straight. Let’s say we stood out in the place. I ordered cheesy eggs and Garth ordered two fried eggs and some toast. “You’ll love it here,” I said. “I used to go here all the time.” I wanted to sweep Garth into my past, to have him claim territory in a childhood I had once seen as so shameful. I wanted a second chance with the Ds of my past. You can guess how this story goes. The eggs were overcooked, the toast stale, the orange juice from concentrate. “I’ll never forgive you for this,” Garth said. Minutes later, he posted on Facebook: “This visit to Waffle House is actually a cautionary tale about trying to relive your childhood.”

Garth Greenwell
I always forget, until I hear it again, how comforted I can sometimes be by the sound of the South. Saturday morning at a Greensboro diner, I felt my whole body lean into the server’s accent, so close to the accents I grew up with; it made me happy, simply happy, the way she called us honey as she refilled our coffee cups. On Sunday

, driving to Asheville, we stopped at a gas station with a breathtakingly gorgeous view of the mountains. When we went in, a large, affable man at the counter chatted with us for a while, wishing us well on our drive. His was the thickest accent I heard on our trip; listening to it felt like wading through warm water. “Had a nice gullywasher come through last night,” he said of the rain that had buffed the leaves to a high shine. “Ought to have made everything real pretty for you.” Kindness, even the anonymous kindness of highway gas stations, can bring tears to my eyes when it sounds like this.

But even as I feel that happiness I mistrust or recoil from it, since I know how much that southern kindness can conceal, how false it can be, or how true and false at once. In yesterday’s post, Garrard talked about a conversation we had in Chapel Hill, about the beautiful houses there, and about our beautiful hotel, which was like some bizarre mash-up of an Italian villa and an idealized dream of the Old South. Garrard said something about loving that beautiful old architecture. I respond to it, too, and I hate that I respond to it, since I know that its beauty is a lie. There was nothing genteel about that old Southern gentility, which rested on unspeakable barbarism and which we drape over the site of a great communal crime our nation has never squarely faced. So much of the white South, like so much of my family, seems to me addicted to lies it whispers beautifully to itself.

Like many southern families, my family had combatants on both sides of the Civil War, and like many southern families, mine was devastated by it and never recovered. My grandparents were small farmers, and they were poor, but I was taught very early that once we had been something else. When I was a child, my mother’s extended family used to gather at the old family home at Christmas. It was a big, run-down old house on a big plot of land, and somehow it had remained in the family through a century and more of poverty. I remember how we used to play on the grounds, and how once when I was maybe six or seven I finally asked what the weird low stone walls were that ran at intervals over the property. “Those are slave walls,” some relation told me, an uncle or cousin, and I remember being confused: they were barely walls at all, and they didn’t enclose anything; they weren’t even for climbing, in our childhood games we hopped from one side to the other. A year or two later I understood that they were meant to trip people running away in the dark. Once I realized that, once I connected that place of childhood celebration with the reality of the crimes that built it, I could see nothing but horror in the place. That horror is what I see when I look at those beautiful old houses in Chapel Hill.

The real stories of the South aren’t to be found in quaint architectural romance. A better place to look for them is in books, and one reason the South has produced so many great writers—great and grieving and aggrieved—is the region’s historical agony. Queer writers are part of that tradition, and after the reading at Malaprop’s, I spoke to a number of older gay men, some of whom were members of an LGBT reading group, and many of whom had returned to South after decades spent elsewhere. They brought up names of great gay southern writers: Allan Gurganus, Jim Grimsley, Randall Kenan. When I read those books, with their difficult accountings, their attempts not to bypass or underplay but to face up to the racism and homophobia that have so defined the region, I feel like they offer a vision of the South that both has some reality in the present and offers some possibility for the future, a vision that isn’t merely a fantasy of the past.

Maybe a decade or so ago, long after I left Kentucky, I heard that that beautiful old family home where we had our Christmas reunions had burned to the ground. I know it’s a loss—not just for many members of my family, but, since there aren’t so many of those houses left, also for the history of the state. Even so, when I heard it was gone I was glad. Maybe that unmixed gladness owed something to a delusion that I was done with the South, something I feel less sure of with every year. There’s a part of me, though I could never have imagined it a few years ago, that wants to go back to Kentucky, at least for a while, to live again among those voices that still sound so sweet to me. I’ll never know what to do with all that the South makes me feel, that mixture of anger and longing and grief, all those feelings that mean both home and not-home. It’s why we write about a place, I suppose: because it baffles us so completely.

How to Write Fully-Formed Characters in Fiction 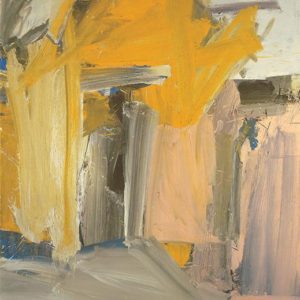 One of my favorite painting titles is Willem de Kooning's Door to the River, in part because it seems to me the appropriate...
© LitHub
Back to top