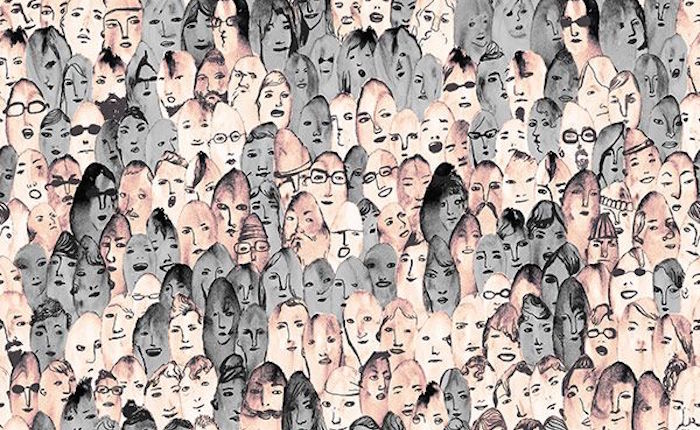 How to Write Fully-Formed Characters in Fiction

"As with place, we need know only just enough of people."

More than a city or a nation, the world of a book is in its characters. Everything else is a foundation, a stage upon which people can walk, the backdrop to their lives, and how much we see is determined by how little we need. All things are optional except the actions of the people within.

You walk down a street with no name in a city barely mentioned, the buildings around you half formed with occasional detail, but it feels like home. You’ve been told there are cars parked along one side of the street, the two storey houses with no front gardens and steps to the doors, the street curving out of your view at the far end. No one will tell you what kind of cars they are, or the color of the front doors of the houses. Picturing the little things is your responsibility.

A tall man in his forties is walking down the street. Short brown hair and a narrow face, an expression of doubt. That’s all you will be told, and it’s enough. All of the other details of the man’s appearance you have the skill to picture, to make him full and real. In two or three sentences you will receive all of the detail you need to create as broad a picture as you could wish. Multiply those two sentences by thirty and you’ve seen enough of a world to fit a novel into. Multiply by a hundred and thirty and that character is walking through a series.

Ed McBain’s 87th precinct novel Blood Relatives gives us an opening sentence that captures everything we need to know about the world we’ve stepped into and nothing more.

She came running through the rain shoeless, neon signs and traffic signals splintering in liquid reflection beneath her flying feet.

It breaks the rules by opening with a mention of the weather, but in so doing tells us something important about where we are. A street of neon in a city with lousy weather. Imagination leaps to an east coast city and the reader has a place, a setting in which all the blanks are rapidly filled because we’ve been given enough of what matters to guess the rest.

In that same sentence we know more about the woman than the word count would suggest. She’s lost her shoes and she’s running as fast as she can on the bare streets, ignoring potential injury because what she’s running from is more dangerous. In 20 words we have everything we need to allow the writer to move swiftly into the story.

McBain’s city is not New York, we know that because it never gets a mention and every article about his books makes it clear that it’s a fictitious city, but what we do know about it is that it’s absolutely New York. It’s a fictional city inspired by a real one, giving us a shortcut to the fully formed images of place. So why not just put it in New York?

Write what you know. A piece of advice that applies best to people who are intimately familiar with thrilling events and places. If you write a series of novels the danger of exhausting locations that you know and love is something solved by moving further from your starting point, but only in the real world. Put your characters in a real place and they’re walking round a map that’s known to the reader, and becomes disputable by them if you stray from it. The limits of your landscape are there for all to see. Writers can do great things within those constraints, but the appeal of complete freedom is strong.

So it’s not New York but a city based on it, familiar and easy to picture, but with a map blank enough that a writer can place anything they wish upon it. When you write a person or an event that didn’t happen, you’ve created a false world, and many problems are solved by taking another step away from reality. Your world, your rules. No longer does a plot have to twist to fit the world around it, instead the environment is flattened and reshaped to ensure your story never requires a detour. The desire to occupy near absolute reality, to bring each tale as close to the world of the reader as possible, requires the discipline to accept restrictions that fiction can free you from.

The most high profile example of world building in recent literature is in George RR Martin’s A Song of Ice and Fire series, and there’s an argument to say it’s also the most impressive. As the author said recently:

There are eight million stories in Westeros as well… and even more in Essos and the world beyond. A whole world full of stories, waiting to be told…

That might be only a slight exaggeration, if one at all. Here is a world with multiple nations, cities, cultures and religions, with a long and storied history. Here is world building on the most epic scale. Stick a pin in any part of Martin’s map and you have a suitable location for a great story. Find a second pin and go again; now you have a, probably very different, setting for book 2.

Therein lies the power of a brilliantly constructed world – a lot is never enough. As epic as Martin’s novels have so far been, the locations are deep and rich enough to leave readers wanting to revisit, and no doubt the queue of writers keen to explore them would be fittingly long. So much to choose from that it would be dozens of books before all good options were exhausted.

As with place, we need know only just enough of people. Even a name can be a luxury. Is The Continental Op any less of a character because we don’t know what his real name is? It would make no difference to us, and Hammett was in the business of stripping out things that didn’t matter. A name is shorthand to a person’s identity, but his identity is the job and following it consumes us as it does him.

A character’s appearance too has limited importance given that many readers will have created an image in their mind of a person before the writer is done describing them. When the picture of a character is set in the reader’s imagination even the strength of the writers is unlikely to shift it. What a writer gets to decide is what a person does, and the rest is a joint construction between them and each reader.

For a character to truly matter in a book can become a question of space. If the person on whom the story pivots appears only briefly then it’s hard to give much of a damn about them. A character needs presence, and for most that requires room to breathe. A balancing act to make sure each has their own spot in a created world, the opportunity to establish an identity far beyond a needless name and half formed face. No matter the brilliance of the landscape in which they walk it’s the people that make the story sing.

Malcolm Mackay was born and grew up in Stornoway where he still lives. His much-lauded Glasgow-set novels have won the Crime Thriller Book Club Best Read Award and the Deanston Scottish Crime Book of the Year Award and have been shortlisted for the CWA John Creasey New Blood Dagger Award for Best Crime Debut of the Year and the Scottish First Book of the Year Award. His most recent novel, THE NIGHT THE RICH MEN BURNED, was published on May 3. 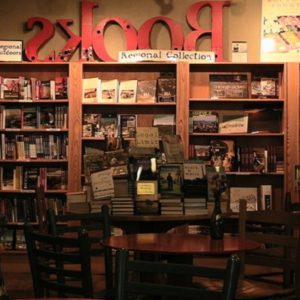 Malaprop’s Bookstore was the last stop of our tour of North Carolina. Like Scuppernong Books and Flyleaf Books, Malaprop’s...
© LitHub
Back to top