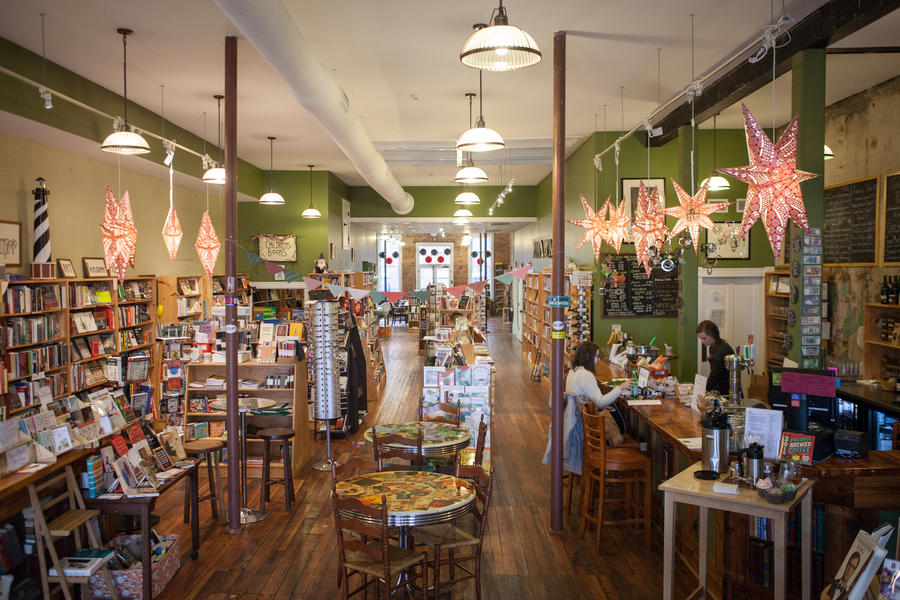 In North Carolina, At a Bookstore with Defiantly Unisex Bathrooms

Scuppernong Books isn’t an LGBTQ bookstore, but there’s no question that it’s a space for queer people. The first thing we noticed as we got our bearings in the store was an HB2 display featuring books on LGBT rights and by trans writers. Before we read, the bookstore showed a video they had made, “Gender and Soxuality in North Carolina,” in which two sock puppets unveil the store’s defiantly unisex bathrooms. Several representatives of LGBTQ groups spoke, including a man who described a series of talks the store has hosted, for which they’ve invited LGBT North Carolinians of five generations to talk about their experiences. In our first post for this series, we talked about how independent bookstores can be centers of resistance for queer people and their allies. Scuppernong is an example of precisely that.

Garrard Conley: The South should be familiar territory to me by now, a gay Arkansan boy who spent his childhood in Baptist churches, but returning to the South on my own terms, being invited into the queer havens Garth and I know independent bookstores to be, I’m seeing a different South, a South that is fighting to define itself not by legislators like Pat McCrory but by local communities that care for individuals. I’m seeing a man who comes up to me after our reading at Scuppernong Books in Greensboro to tell me that his local Baptist church organized an anti-HB2 meeting in support of its LGBTQ members. He tells me Baptists are not all the same, and though I’ve spent much of my book tour fighting against any simple readings of the South as purely bigoted, my first reaction is one of pure shock. “Are you sure they’re really Baptists?” I say, a thought that would have fit squarely into one of my father’s sermons. My father, a Missionary Baptist preacher, has spent much of his preaching career defining himself against other denominations, other churches, much like Paul did in the New Testament. In the New Testament, someone is always being led astray, usually by false idols, and it is up to one of Jesus’s disciples to set things straight again. Paul can be incredibly condescending.

Perhaps one of the most important things I’m learning on this trip is that setting things straight (pardon the pun) is not in my job description. I’m here to listen to these Southerners tell me their story of the South, a South that refuses to be bound by the old labels.

Garth Greenwell: The most moving moment of the Q&A for me came from Garrard. We had been talking about shame, about how shame persists even for queer people lucky enough to have learned the language and arguments of queer liberation. Garrard talked about how this shame is something we carry in our bodies, how he will catch himself, even as an out, proud gay man, reflexively monitoring himself for a betraying gesture or tone of voice.

I think this is true for many queer people; certainly it’s true for me. It’s especially true when I come to the South. I felt it earlier in the day, in fact, in a way that troubled me, at the airport when Garrard and I rented the car we’re using to drive across the state. “What brings you to North Carolina?” the man at the counter asked, and I said work, that we were doing a few events in the south. “We’re here to protest HB2,” Garrard said. “We’re here to inject some gay into the state.” It was funny, and I laughed, but I also felt my body tense with an old dread, that reflex of shame.

I don’t think we can reason or will that reflex away; shame is a kind of circuitry too deeply set to be easily undone, maybe to be undone at all. At the end of our event we spoke a little bit about what the way forward might be at this strange moment we find ourselves in, both politically—when in a majority of states you can marry your same-sex partner one day and be fired from your job for being gay the next—and privately, when one can forcefully argue for gay rights and still feel that instinct of shame I felt in that moment at the airport.

I think the way forward is to acknowledge that instinct and correct for it, which means performing our queerness more exuberantly. It means insisting that queerness be visible, even when that visibility seems gratuitous, which is what Garrard was doing at the rental car counter. And it means recognizing whenever that reflex to check ourselves—that bodily response that is a survival mechanism, still, in the many places where the response to visible queerness is violence—is disconnected from the reality around us. The South of 2016 both is and isn’t the South we grew up in. “Oh, I don’t know,” the man at the counter said as he handed us back his card, his voice all southern sweetness. “I think you all will find there’s some of that here already.” 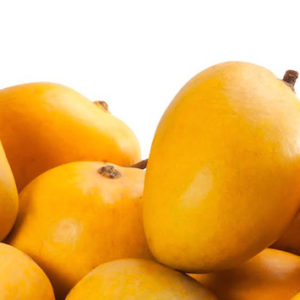 You need to rethink food in your novel, an American editor once told me. Would my Pakistani-American family really be eating...
© LitHub
Back to top