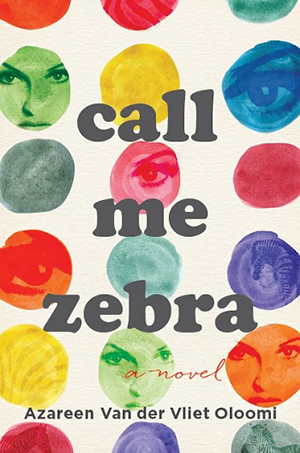 The following is from Azareen Van der Vliet Oloomi's novel, Call Me Zebra. Before she was Zebra, Bibi Abbas Abbas Hosseini was raised in a library and taught to memorize literary classics. When war comes to Iran, she flees with her father; years later, and alone, she begins retracing their journey. Aazareen Van der Vliet Oloomi is a recipient of the Whiting Writers' Award and a National Book Foundation's "5 Under 35" honoree. Her previous novel is Fra Keeler.

I had not been alive long before my mother, Bibi Khanoum, dropped dead. Her death flattened my heart into a sheet of paper. It leveled my mind. It rubbed my nose in manure. My only good fortune is that I realized early on that I am one of the wretched of this earth. But this is a matter for later.

According to my father, during the long revolutionary months prior to the establishment of the Islamic Republic of Iran, my mother—a woman with strong legs and a sweet disposition—would remind my father, Abbas Abbas Hosseini, that he had been accused by the Iranian intelligentsia of being “a passive traitor whose nose was hooked into books while others’ were being rubbed in the blood of their brethren.”

Bibi Khanoum, my father informed me, would say: “Don’t test your luck, Abbas! People don’t like to be snubbed while they’re being martyred for their beliefs.”

In response, my father would pace the corridor of their Tehran apartment convulsing, his moods swinging dramatically, while he spewed ad infinitum: “I am a Hosseini. I would rather die than hold my tongue! Pseudo intellectuals! Imbeciles! People have disappeared, been arrested, executed, their bodies discarded, scattered across the earth. And they still believe democracy is around the corner? The revolution is going to be hijacked. Don’t they know history is full of ruptures, haphazard events, and prone to recycling its own evil phenomena?”

The following year, an ashen sky, grayer and heavier than a donkey’s behind, settled over Iran. As my father predicted, the revolution was promptly seized by the Islamic leaders. And even worse, Saddam Hussein, that wide-eyed despot, came sniffing around the borders of our freshly assembled Islamic republic and proudly launched a brutal and tactless war on a fatigued and divided Iran.

“Literature, as my father would say, is a nation without boundaries. It is infinite. There are no stations, no castes, no checkpoints.”

A year after the war broke out, the few remaining intellectuals who hadn’t been jailed or fled the country with false papers, declared my father a clairvoyant truth teller. But my father—Autodidact, Anarchist, Atheist, whose character they had previously assassinated—refused to have his moment in the sun. Instead, he and my mother, Bibi Khanoum, ran for the hills. She was pregnant with me, and my father had suffered enough loss to last him a lifetime. It was winter. The journey was cold, and damp, and dangerous. It had felt interminable to them. But they survived it and took shelter in that stone house in Nowshahr, near the Caspian Sea, which was built as a sanctuary by my great-great-grandfather, Shams Abbas Hosseini, who referred to the house as either the Censorship Recovery Center or the Oasis of Books, depending on his mood.

I have been told by my father that halfway through their journey, in the middle of the rugged Elborz Mountains, which separate Tehran from the Caspian Sea, he stopped the car and got out. He looked over his shoulder at Mount Damavand, which hovers over our capital like the shiny white tooth of a gentle giant, and wept until the skin around his eyes was paper-thin: “That pig-headed Saddam is going to level our city!”

And level our city he did. But even in the midst of darkness, there is always a flicker of light. Months later, in 1982, I was born in the heart of the Oasis of Books, the library, which was designed in the shape of an egg and built around a date palm that shot to the sky through an opening in the roof. My mother leaned against the trunk of the tree and pushed. I—a gray-faced, black-eyed baby—slipped out of her loins into a room lined with dusty tomes, into a country seized by war. I immediately popped a date in my mouth to sweeten the blow. My parents looked down at me, grinning with hope.

I learned to crawl, walk, read, write, shit, and eat in that library. Even before I could read, I nurtured my brain by running my hands along the spines of all the old books and licking their soot off my fingers. After feeding on the dust of literature, I sat on the Persian rug and stared at The Hung Mallard, my great-great-grandfather’s painting, which was fixed to the wall. Once I was old enough to walk, I paced in concentric circles like a Sufi mystic, masticating dates and muttering the family motto to myself: In this false world, we guard our lives with our deaths.

The days passed. My education unfolded in the midst of the interminable war. My father read aloud to me from Nietzsche’s oeuvre on a daily basis, usually in the mornings, and after lunch, he taught me about literature, culling paragraphs from books written by our ingenious forbearers, the Great Writers of the Past: Johann Wolfgang von Goethe, Mawlānā (alias Rumi), Omar Khayyám, Sor Juana Inés de la Cruz, Dante Alighieri, Marie-Henri Beyle (alias Stendhal), Teresa of Ávila, Rainer Maria Rilke, Franz Kafka, Sādegh Hedāyat, Frederick Douglass, Francesco Petrarca, Miguel de Cervantes, Walter Benjamin, Sei Shōnagon. The list went on and on; it included religious thinkers, philosopher-poets, mystics, secularists, agnostics, atheists. Literature, as my father would say, is a nation without boundaries. It is infinite. There are no stations, no castes, no checkpoints.

At the end of each lesson, as bedtime neared, my father stiffly ordered: “Ill-fated child, assimilate and regurgitate!” In this way, he nurtured my mind. He taught me the long-lost skill of memorization. What is the purpose of memorization in the Hosseini tradition? It is twofold: not only does it restore the ritual function to literature—its orality—which harnesses literature’s spontaneous ability to transform the listener’s consciousness, but it also protects the archive of our troubled, ruinous humanity from being lost through the barbarism of war and the perpetual ignorance that binds our hands and feet. Count the times books have been burned in piles by the fearful and the infirm, men and women allergic to inquiry. Memorization is our only recourse against loss. We Hosseinis can reproduce the pantheon of literature instantly; we can retranscribe texts from the dark folds of our infinite minds. We are the scribes of the future.

While my father and I spent our days united in the realm of literature, my mother, Bibi Khanoum, spent her days in the kitchen. If she ever ventured out of the house, it was to find us food: rice, oranges, fish the local tribesmen had managed to wrench out of the sea. I didn’t spend much time with her. She didn’t agree with my father’s methods. She considered them invasive and extreme for my age, but he, 20 years her senior, had the upper hand in all matters governing our family.

I remember my mother once walked into the oval library, where she had given birth to me, with her apron tied around her waist and her face moist from the kitchen steam, to scorn my father: “Abbas, you are raising this child to be a boy! How will she survive in the world? Who will marry her?”

My father reproached her: “These are times of war and you are worried about marriage?”

“And who do you suppose will feed her once we are dead?” she retorted. “A mother has to worry about her child’s stomach!”

Confrontation ensued, but I don’t remember anything after that. I have tried hard to remember my mother’s face, the tone of her voice, the feel of her touch, but the details are out of reach. She would die not long after that argument, and the void left over by her death would push my father and I over the edge. He would fill the lacunae of our lives with literature. Over time, my mind, filled to the brim with sentences, would forsake her.

In the meantime, on the other side of the Elborz Mountains, that megalomaniac Saddam was spreading mustard gas across the frontier, shooting missiles at random targets, burying mines in the no-man’s-land separating our two nations. What did the Supreme Leader of the Islamic Republic of Iran do? He sat on his newly established throne looking healthier than a fresh pear and ordered human wave attacks to blow up the mines that his nemesis, that bushy eyebrowed man-child, had buried at the front. Human wave attacks! As if it were the Great War!

Now, Rodents, let us ask: What is the purpose of a flicker of light in the midst of all that bloodshed? Easy. To illuminate the magnitude of the surrounding darkness.

At a certain point during the long war, my father started to wander about the perimeter of the house or along the seashore, night and day, holding me up as if I were a torch. He used my head, which shone like a beacon with all the enlightened literature he had inserted into it, to measure the scope of the encroaching abyss. Iran, he decided, was no longer a place to think. Not even the Caspian was safe. We had to flee. We had to go into exile.

How Do We Ever Escape Surveillance Capitalism?

Stephanie Powell Watts: Maybe the Next Move Will Change Our Lives? 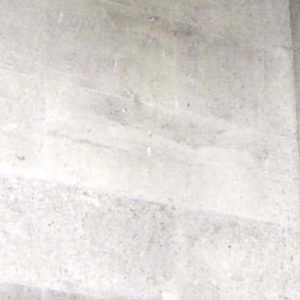 How Do We Ever Escape Surveillance Capitalism? The titles of Andrew Keen’s books haven’t pulled any punches. Cult of the Amateur: How Today’s Internet Is Killing...
© LitHub
Back to top