TODAY: In 1896, Chekhov’s The Seagull premieres in St. Petersburg and flops, prompting him to declare, “Not if I live to be seven hundred will I write another play.” Here (center) he reads The Seagull with actors. 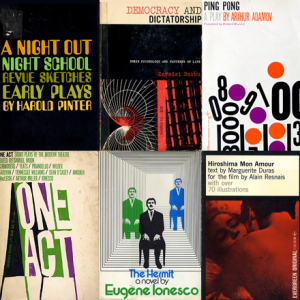 Between 1951, when Barney Rosset purchased it for $3000, and 1970, Grove Press became a veritable communications center for the counterculture,...
© LitHub
Back to top