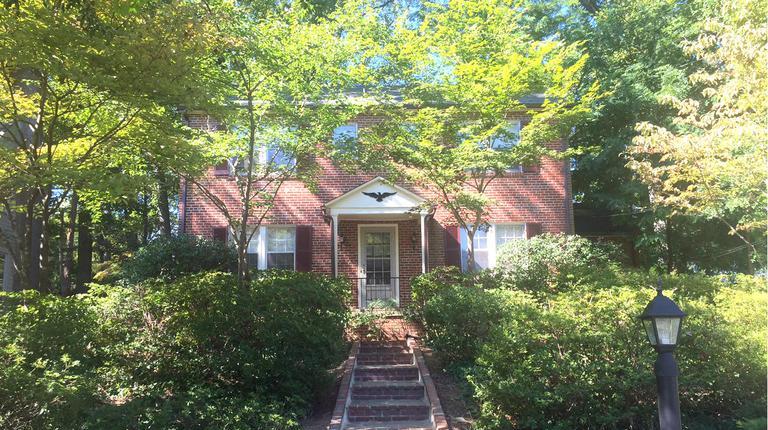 On Telling My Little Sister Her Friend is Dead

When I began writing Calf, I didn’t tell anyone in my family what the novel was about. I was just “writing a novel” and I “didn’t want to talk about it while I was writing it.” I applied this dictum uniformly and after awhile people stopped asking. And because it took four years to write and almost twice as long to find a publisher, everyone began to forget about it. Amid the torrent of rejection that the novel was “too bleak” or “too dark for most people” and the dead-in-the-water period that followed its initial rounds, I began to think that the book would never be published. The reward for being unpublished was that I would never have to tell my family what my novel was about. When I finally got the call from my agent telling me we had an offer, the first feeling I felt was dread. I would have to tell my sister.

One night in 1982, when I was eleven and three quarters years old, less than a week before I turned twelve, my parents went out for the evening. Me and my sister, then nine and three quarters years old, less than a month before she turned ten, were charged with baby-sitting our kindergarten brother, which we interpreted as making sure the TV was turned off and we were all in our rooms before we heard our parents return. Our much younger brother was supposed to go to bed much earlier than we were, but no parents around meant all bets were off, all bedtimes were stretched.

That evening, I answered the phone fully expecting to recite the latch-key kid mantra of “my mother can’t come to the phone right now” drilled into us as a safety measure to thwart potential criminal strangers from marking us as vulnerable.

The phone call was from one of my classmates who hesitatingly told me that my sister’s best friend, who lived across the street from her, was dead. She wavered on telling me what happened, but the truth was the best friend’s mother, suffering from mental illness, had shot her daughter during a psychotic episode as part of a suicide attempt. The truth was so strange that I didn’t believe it until I heard my classmates’ father angrily demand the phone and ask if my parents were home. I’m not sure if my friend was supposed to have relayed the news to me or not. Perhaps she was just supposed to dial since she knew my number and then hand over the receiver. Maybe that’s what her dad had told her to do so he could talk to my parents. But maybe she called me on the sly, thinking she should tell me, and her father overheard her. Maybe she had an overwhelming need to tell me what was going on right outside her window.

I honestly don’t remember if my friend’s father talked to me or not. I only remember that I was not crying while still on the phone, and hysterical once I hung up the receiver. I was screaming from fright, crying from disbelief, and in a state of utter panic. My behavior was so unusual for me, the eldest, the sixth grader, the pre-teen, that my siblings immediately began crying from shock. I was scaring them. I was harming them. I had a piece of information I had to deliver because no one else was around. Because this was part of the duty of being the oldest kid, of being sort of in charge, of knowing when to break the rules and when to snap out the lights. I was going to have to be the one to tell my sister that her best friend had been murdered. I delivered the news as best as a hysterically frightened almost twelve year-old could. I blurted it out in between sobs.

Despite it being over thirty years later, I can’t say I was any better at delivering difficult news to my sister than when I was twelve. When I called her, she was driving and had me on speaker phone. I told her I sold my novel and she was happy for me. I said now I could tell her what it was about and when I did she had to pull over. What? she said, incredulously. I wanted to talk about it more, but she cut me off. I’m sorry, she said. I want to be happy for you, she said struggling to be her usual sweet self. I can’t talk about this now. I actually–I’m driving to a meeting, like, right now. I’ll– I don’t know. I’ll call you later. She repeated several phrases like this. And then she had to get off the phone.

Other things in our lives pulled our attention away from the past. We tried to talk, but we kept missing each other, or one of us was somewhere that wasn’t private, or her kids were melting down in the background. My sister asked to read the manuscript and I sent it to her. In text messages and voicemail she apologized for not having read it yet, and I reminded her that she didn’t have to read it at all.

It wasn’t until we were in the same room months later that my sister said she had started reading. I felt a need to apologize to her. I was the one who had to tell her that her friend had died. I was the one who wrote a book about her friend that died. I seemed to be the eternal harbinger of bad news, the deliverer of pain.

My sister said she was relieved when call waiting was invented and busy signals faded away. When she told me this, somehow, we had wound up sitting on my kitchen floor because we had started out by putting away groceries and somehow we couldn’t stand up any more.

Andrea Kleine is the author of the novel Calf, which was named one of the best books of 2015 by Publishers Weekly and She is a five-time MacDowell Colony Fellow and the recipient of a New York Foundation for the Arts fellowship. A performance artist, essayist, and novelist, she lives in New York City. Her new novel, EDEN, is published by Houghton Mifflin Harcourt.

Interview with a Bookstore: Riverbend Books 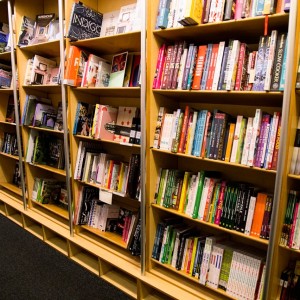 Interview with a Bookstore: Riverbend Books

Riverbend Books was opened in 1998 by Suzy Wilson, and has since become one of Australia’s leading independent bookstores....
© LitHub
Back to top