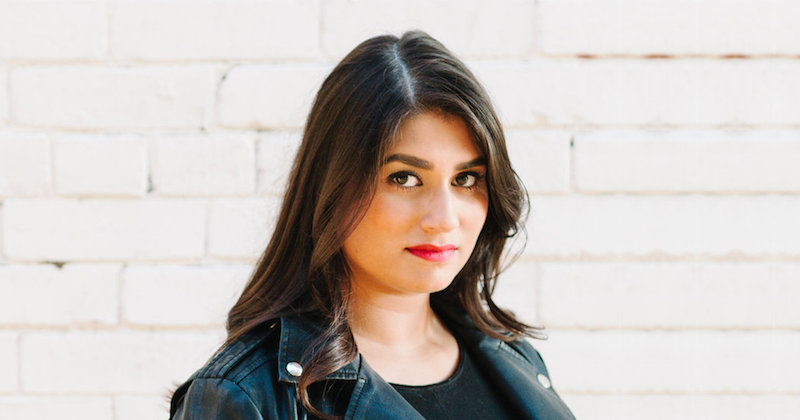 Brandon Hobson, author of the National Book Award-shortlisted Where the Dead Sit Talking, has sold another novel entitled The Removed, which follows “a family as the anniversary of their teenaged son’s death approaches, and as each member begins to experience an unraveling of the boundary between their own lives and the spirit world, drawing deeply on Cherokee folklore in an exploration of personal and ancestral trauma.” In the meantime, read Hobson on recovering Cherokee myths from his grandfather’s notebook—probably for this very novel—here.

Daisy Johnson, author of the Booker Prize-shortlisted Everything Under, has sold two more books to Riverhead—the first will be Sisters, “the story of two siblings caught in an emotional web, trying to figure out where one ends and the other begins.” In the meantime, read an excerpt of Everything Under here, or Johnson on how to deconstruct old stories to tell new ones here.

BuzzFeed senior culture writer and author of One Day We’ll All Be Dead and None of This Will Matter Scaachi Koul has sold another collection of essays, this time entitled I Hope Lightning Falls On You, which focuses on “creating space for conflict in our lives, and how engaging in fights can be both liberating and limiting as we try to understand and resist the forces against us.” For a taste, read one of her essays here.

Australian writer, Cullman Center Fellow, and Frank O’Connor Prize winner Carys Davis, author of West, has sold a novel, The Mission House, “in which an Englishman seeking refuge in an isolated South Indian hill station finds himself at the violent, unlikely flashpoints of tensions between faith and non-belief, hope and despair, and an imperial past and nationalistic present when he strikes up friendships with a widowed priest and a rickshaw driver.” In the meantime, read a short story by Davies here.

Do you wonder how the vagina got her name (and why we’re so afraid to say it)? Then perhaps you will be interested in Rachel Gross’s Lady Anatomy, which is described as “the story of how early anatomists named and claimed (and shamed) our lady parts—and how a new generation of explorers are redrawing the map.” Fun

This was a big week for exciting debuts: the first one that caught my attention was pitched as Crazy Rich Asians meets Bridget Jones’s Diary, which, you know, sign me up. Lauren Ho’s Last Tang Standing is “a novel in diary form about a 30-something Chinese-Malaysian lawyer living in Singapore who is struggling to balance career ambition, dating, and friendship drama with intense maternal pressure not to be the last single woman in her extended family,” and if it’s anywhere near as funny as its comp titles, I think it’ll be a major hit.

The next debut deal on my list comes from Iowa Writers’ Workshop graduate, MacDowell fellow, and Bread Loaf scholar Gregory Brown, who sold a family saga called The Lowering Days to Harper—set in the Penobscot Bay region of Maine, it explores “the cycles of violence in rural communities and shedding light on the environmental crises that face the region, including the Native American struggle for land and water rights that is ongoing in the state and throughout the country.” A timely topic and a writer with major credits: should be great.

Finally, a debut from former Penguin Canada publicity director Ashley Audrain, whose first novel The Push is being pitched as “a modern-day We Need to Talk About Kevin for fans of Celeste Ng and The Perfect Nanny, about the making and breaking of a family, told through the eyes of a woman whose experience of motherhood is nothing at all what she hoped for; in fact, it’s everything she always feared.” You can see why it sold for the big bucks.