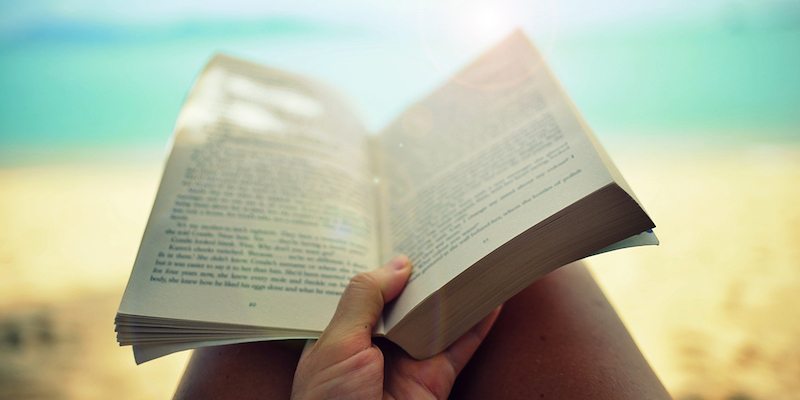 “… a sparkling novel that is in essence satirical and wise, in style old and new … If this novel is funny, it is also cutting, a nearly forensic study of family conflict…Nimbly, Korelitz juggles the stories of each parent and child, weaving a tapestry of secrets, antipathies and private quests. This is a book with 19th-century scope, touching on politics, race, class, inheritance and real estate … Korelitz combines moral inquiry with social satire. Like Wharton, she invites the reader to reflect, even as she paints a picture of privilege. A sumptuously wrapped gift, The Latecomer is a Gilded Age novel for the 21st century.”

“… this is less a romance than a study of complex, modern love. Readers will have to be patient: After meeting for the first time, it takes a while before the two women connect again … Understated and evocative, Yerba Buena takes two fractured people from two fractured families and explores the ways they fit together—and the ways they don’t. While Nina LaCour’s novel is not plot-driven, it has the most momentum when the characters are engaged in their goals or are pursuing their passions; Emilie’s move into house-flipping later in the story delivers satisfying results for both character and reader … LaCour’s writing invites a willingness to notice small details and be comfortable in gray areas … observed with a cool, generous eye in spare, quiet prose that expertly illuminates the trauma that Sara and Emilie are both wrestling with, as well as their hope and healing. Ultimately, this is quiet but beautiful character-driven fiction that lingers like a perfectly mixed cocktail.”

3 Rave • 3 Positive
Read an excerpt from The Foundling here

“Leary doesn’t pull any Gothic punches … Leary is in full command as the story spirals to the kind of harrowing climax—blizzard raging, phone lines cut—that forces Mary to stake her moral ground … Leary’s first historical novel, and she has all the right instincts, by which I mean she inhabits Mary without modern conceit. Yes, the speakeasy slang and the gin fizzes are there, but any competent hack can recreate the sounds and sights of the past. Leary does something more daring—she asks you to root for a protagonist who comes equipped with the orthodoxies of her own day. Engle isn’t some magically enlightened dream girl who sheds the pixie dust of contemporary social justice on the benighted bigots of yesteryear. She is on a journey, as we say, which gives her moment of reckoning its power. If The Foundling lacks the sly, delicious wit of Leary’s previous books, it’s only because Leary is such a virtuoso that she doesn’t indulge herself at the expense of Mary’s characterization … arrests us precisely because its antagonist comes cloaked in the good intentions of progressive social reform. Leary pins her cautionary tale on the portrait of Vogel herself and her iron conviction that she’s doing the right thing.”

“… more than 900 pages long, encompassing an almost unimaginable breadth of research, information and ambition … Drawing on extensive recent work by historians on the demographics of the slave trade, Fischer traces the multiple African sources of the waves of importations from the 17th to the early 19th century, offering a rich portrait of the variety of cultures and places from which captives came … Fischer juxtaposes his scholarship with brief biographical portraits of African Americans who embody aspects of the larger regional context. He has been hailed as an accomplished historical storyteller who can capture a general reader, and those skills are evident here … Although his detailed analysis focuses on the colonial period and the early 19th century, he not infrequently skips over decades and even centuries, introducing a kind of timelessness into his interpretation by compressing chronology and suggesting that the traits he has identified persist into the present … He does not ignore or minimize the brutality, cruelty and injustice of slavery and racism, but this is nonetheless a celebratory narrative that belies his declaration in the introduction that he ‘does not begin with predominantly positive or negative judgments about the main lines of American history’ … fundamentally an appreciation of the place of Black people in America past and present, as well as an appreciation of the nation of which they became a part … As he acknowledges, good history does indeed require us to go beyond both celebration and condemnation. Perhaps the debate his new book is likely to generate can help move us toward that goal.”

“… offers deft, sharp commentary on masculinity. One of the collection’s delights is a commencement address delivered at Oberlin College that skates along on the surface with funny throwaway lines and ridiculousness while offering slyly sensible life advice underneath … These essays offer plenty of laughs, but the tone is often dark as Sedaris contemplates his dad’s failings, and his own … I teared up at Sedaris’ evocation of both the pain of such abuse and the unexpected moment of connection between the two men at the end of the elder Sedaris’ life … an entertaining collection, both cringey and poignant as it celebrates love, family and even aging in an inimitably Sedaris way.”

“[Lopez’s] final collection of essays, Embrace Fearlessly the Burning World, should remind readers just how wide-ranging, artful, and deeply personal his writing could be … Essays in Embrace Fearlessly the Burning World show not only the range of Lopez’s scope but also his artistry … What’s most striking about the collection is how personally revelatory Lopez could be as a writer … Throughout all of Lopez’s writing is a moral clarity that is as striking as it is inspiring.” 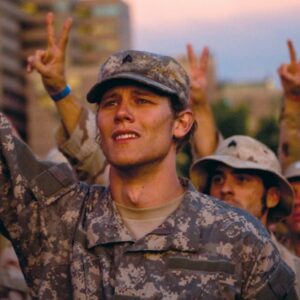