How Empirical Databases Have Changed Our Understanding of Early American Slavery

In historical scholarship during the early 21st century, some of these new methods and tools of truth-seeking have been put to work on a large scale in the history of slavery and race in America. Among the most important and useful of these tools are the careful construction of empirical databases. Increasingly, this work has been done by teams of scholars, who combine traditional sources with digital methods on a new scale.

For the history of African slavery in America, the leading example is the Trans-Atlantic Slave Trade Database, a major project of quantitative research, with free and open digital access to all who wish to use it. Its leaders are David Eltis and David Richardson. They organized and led international teams of scholars who worked together on this project for many years.

By 2008, they gathered data on nearly 35,000 transatlantic slave voyages from 1501 to 1867. For each voyage they sought to establish dates, owners, vessels, captains, African visits, American destinations, numbers of slaves embarked, and numbers landed. They have been able to find much of this material for an estimated 80 percent of the entire transatlantic African slave trade.

This online database continues to receive additions and corrections, but its creators believe that these changes are “never likely to be major.” So far that has proven to be the case. The database is now widely used around the world. It has been very helpful in this inquiry, and many others.

With corrections for missing voyages, Eltis and Richardson have estimated the entire size of the transatlantic slave trade with more comprehension, precision, and accuracy than before. They reckon that in 366 years, slaving vessels embarked about 12.5 million captives in Africa, and landed 10.7 million in the New World. A horrific discovery is a careful estimate that the Middle Passage took a toll of more than 1.8 million African lives. In this quantitative database, the numbers are people. The global scale of human suffering has become in some ways more easy to measure, but more difficult to comprehend.

Many answers have flowed from this database, and some have become questions in their turn. For example, its data show that of approximately 10.7 million Africans who survived the Middle Passage in the Atlantic slave trade, about 4.8 million went to South America, 4.7 million to the Caribbean islands, 800,000 to Central America, and only about 400,000 to North America within the present boundaries of the United States. These differences of scale pose large questions about the diversity of slavery in different parts of the New World, and its variations in space and time.

The success of this database has inspired other empirical projects on slavery. American historian Gregory O’Malley created another, Intra-American Slave Trade Database, for voyages between American colonies, mostly from the British West Indies to other American destinations from 1619 to 1807. O’Malley found data for more than 7,600 intercolonial American voyages, which had been excluded by definition from the transatlantic database. They carried about 300,000 slaves, of which approximately 200,000 went from the British West Indies to ports outside the British empire. Another 70,000 went to mainland British colonies, and 30,000 to other British possessions.

The global scale of human suffering has become in some ways more easy to measure, but more difficult to comprehend.

O’Malley’s findings have changed our understanding of early American slavery in an important way. Some American historians have long believed that many or even most slaves who came to the mainland colonies in North America had been “seasoned” in the Caribbean, or born and raised there, or were “Atlantic Creoles” who had been raised there and in other Atlantic places. There was some truth in these beliefs, during early years of the slave trade to North America.

But overall, O’Malley found them to be very much mistaken. In his database of slaves shipped from the West Indies to North America, 92 percent were “new negroes” from Africa, who were quickly transshipped through West Indian ports to mainland colonies. Only about 8 percent were “seasoned” or “Creole” West Indian slaves.

Similar findings have emerged from yet another set of three important databases, constructed by Gwendolyn Hall. Two of these databases include records of individual slaves and free people of color in Louisiana. This material shows that few “Creole” or “seasoned” slaves came to Louisiana from the West Indies, again with some important exceptions such as the large West Indian migration to Louisiana in 1809.

Gwendolyn Hall also constructed a third database, smaller but more detailed, for slaves in Louisiana’s Pointe Coupée Parish. Some of them arrived by way of West Indian and mainland North American ports, but her sources made clear that “almost all slaves brought in by traders from St. Domingue, Jamaica, the United States, and Cuba came directly from Africa.”

Yet another set of databases has been constructed for slavery and the slave trade to Virginia and Maryland. A recent leader is Lorena Walsh, building on earlier work by colleagues called the Chesapeake Group, including Allan Kulikoff, Lois Green Carr, Russell Menard, and many others. Major comparative studies of high importance also have been done by Philip Morgan and other scholars, who identified places of origin for Virginia and Maryland slaves, and compared them with other regions.

By careful and comprehensive quantitative research, Lorena Walsh found that the great majority of slaves arriving by sea in the Chesapeake colonies had been born and raised in Africa. Here again, she also observed that only a small minority came from the West Indies, and they were mostly African-born slaves who had been transshipped to the mainland.

Lorena Walsh and Douglas Chambers also found evidence that within this large flow, smaller clusters of African slaves shared origins and cultures, and bonded together in the Chesapeake. Gwendolyn Hall had earlier made similar findings of African clusters in databases for Africans in Louisiana. William Piersen also found different sorts of more diverse African clusters in New England. In the works of many other scholars and also in our own inquiries, we have found other African clusters in the Hudson Valley, the Delaware Valley, coastal Carolina, lowcountry Georgia, the western frontier, southern borderlands, and maritime regions.

Taken together, these various databases tell us that about 458,000 slaves came by sea to mainland British North American colonies, mainly from African and West Indian ports. Of that total, more than 95 percent had been born in Africa.

Also important for the history of African slave trade to North America were earlier data sets of a different kind, which consist mainly of documentary collections published in book form. Most comprehensive is still Elizabeth Donnan’s Documents Illustrative of the History of the Slave Trade to America, published from 1930 to 1935 in four thick quarto volumes. They are still very useful, and have been put to work in this inquiry.

Other small and more specialized data sets have also been compiled and published by scholars. An inventive example is a creative compilation by Linda Heywood and John Thornton of “names borne by the earliest African inhabitants of English and Dutch colonies in the Americas,” 1616 to 1674. Names sometimes help to identify ethnic, regional, and religious origins of Africans in North America. This is merely one of many studies by Thornton and Heywood, centering on the history of West Central Africa with much attention to American linkages.

Yet another recent compilation of major importance is a massive project by Paul Heinegg, a genealogist who has gathered and published records for the ancestry of many thousands of free African American nuclear families, in 893 nominal lines of descent for Virginia, Maryland, Delaware, and North Carolina, from their founding to “about 1820.” Most of these lineages descended from unions of male African slaves with female servants of British, Irish, and European origin who were formally free. By law in many English colonies, the condition of their children followed the status of their mother and the children became free in early America, though their fathers had been African slaves. Heinegg added detailed evidence of migration, settlement, occupation, and more. His work has transformed our knowledge of slaves and free people of African ancestry in early America. 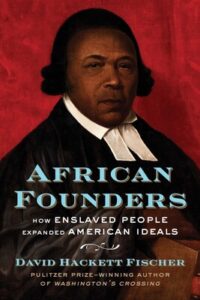 David Hackett Fischer is a University Professor and Warren Professor of History emeritus at Brandeis University in Waltham, Massachusetts. He is the author of numerous books, including the 2005 Pulitzer Prize winner Washington’s Crossing and Champlain’s Dream. In 2015, he received the Pritzker Literature Award for Lifetime Achievement in Military Writing.

Phil Klay: “Killing a Guy is Not the Same as Having a Coherent Military Policy.” 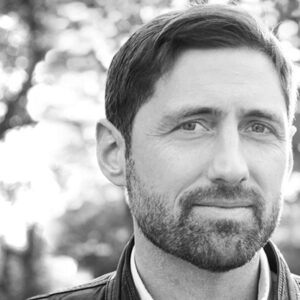 Phil Klay: “Killing a Guy is Not the Same as Having a Coherent Military Policy.”