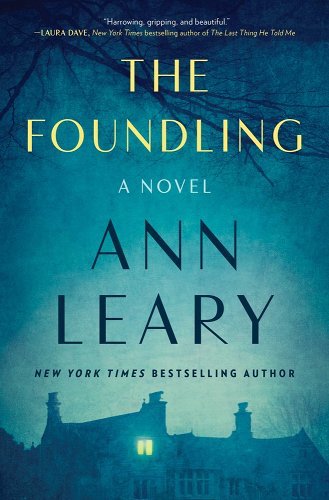 The following is excerpted from Ann Leary's new novel, The Foundling.Leary is the New York Times bestselling author of a memoir and four novels including The Good House. Her work has been translated into eighteen languages, and she has written for the New York Times, Ploughshares, NPR, Redbook, and Real Simple, among other publications. Her essay, "Rallying to Keep the Game Alive," was adapted for Prime Video's television series, Modern Love. She lives with her husband in New York.

When we were little girls, after lessons and before prayers, Sister Rosemary, the night matron, read aloud to us. She sat in a lumpy old upholstered armchair in front of the stove, often with a colicky infant or two on her wide lap. We never grew tired of hearing the same few books owned by the orphanage. David Copperfield, Five Little Peppers, Pollyanna—there were one or two others, and for the rest of my life, when I reread these stories, all the characters spoke with Sister Roseamary’s thick Irish brogue.

One hot summer night, when I was around six or seven, Lillian Faust returned to the ward with a plaster cast on her arm. She’d fallen out of the giant elm in the courtyard that afternoon and had been taken to the hospital. Now, her eyes were still puffy and red from crying, but as we crowded around her, she proudly showed off her cast like it was a trophy.

Sister Rosemary had been reading to us while giving a baby her bottle. She put down the book and said, “I hear you were acting the fool again, Lillian, playing in a tree, have you no brain in that thick head of yours?”

“It was the boys’ fault, Sister,” Lillian said, perching on the arm of the nun’s chair. “Willie from the boy’s ward, he dared me to jump. He already did it, so I had to, see? They were calling me chicken.”

“Chicken?” Sister scoffed. “It’s better to be chicken for a minute than dead for the rest of your life.” She shifted the baby so she could examine Lillian’s cast. “A broken arm—you’re lucky it wasn’t yer neck. That’s yer foundling luck, there, Lil, sure.”

Lillian was one of the few “foundlings” at St. Cat’s. She’d been left at the home as a newborn, her parents unknown. Foundlings are blessed with good fortune, all of them, according to Sister Rosemary. She said we could ask anybody in Ireland if we didn’t believe her.

“I knew a girl, back home, little Deirdre Murphy,” Sister said, poking Lillian’s cast here and there. “She decided to climb way up high in a tree, herself. If only she’d just a broken arm to show for it.”

I, and the thirty or so other girls in our dorm, scrambled over. There was the usual pushing and shoving as we tried to find the best places to sit on the threadbare rug—the spots closest to Sister’s chair. Lillian managed to wedge herself next to the baby on Sister’s wide lap, and she smiled down at us from that coveted spot, ignoring Sister’s cries of “ACH, Lillian, you’re too big now. Off. Get off before I break your other arm now.”

“What happened to the girl, Sister?” Lillian asked, once the nun stopped swatting at her. “Did she have to go to the hospital like me?”

I’ve often wondered—do all children have a morbid fascination with the pain, suffering, and misery of other children? Or just orphans? It was beyond fascination with us; we had ghoulish, bloodthirsty little imaginations, and that night we peppered the nun with our usual prompts.

“Did she break her neck?”

“Did she smash her head on a rock when she landed?”

“Did the fall make her brain come out of her ears like your cousin, Sister?”

“No, it wasn’t the fall that did her in,” Sister Rosemary said sadly. We waited, wide-eyed and breathless, as she carefully adjusted the drowsy baby’s little blanket.

“That would have been more merciful, sure.” She sighed. “My heart still aches for her poor ma. She was never the same after that, Mrs. Murphy. But who would be? She saw it all from the window of the house. Poor little Deirdre dropped out of the tree, and in the blink of an eye, a bull—a monster of a bull—came charging out of nowhere, black and raging, his eyes as red as the embers in this stove here beside me—and he was on her.”

The baby was asleep. Sister gently tilted the swaddled bundle up against her shoulder and continued. “The tree, it was in the dairy field, you see girls, and the bull didn’t belong in with the cows, but there he was just the same, nobody knows why or how he got in, but he plucked Deirdre Murphy up off the ground, plucked her right up with his horns, and tossed her this way and that like a rag doll.”

The baby made little mewling sounds. Sister said, “Ah, there, my little one, there, there, my sweet. . . . Lillian Faust—you wake her up; I’ll knock you dead; don’t test me now.”

Lillian, who loved babies, had been kissing the back of the infant’s little head. Now she slid down off the chair so Sister would finish telling the story.

“The bull, girls,” Sister continued, “there’s a devil of a creature. After all—think about it now, what does a bull eat to sustain itself?”

“CHILDREN! Good Lord, no, Edith. Bulls eat grass, don’t they? Hay and grass. That’s all they eat. That’s my point. They don’t kill to survive like lions or tigers, no. They kill . . . for sport.”

She let that sink in for a moment, then added, “Well, by the time the men had run the beast off, it was too late for Deirdre. She’s in heaven with Jesus our savior now, may God bless her soul for eternity.”

We did the sign of the cross with Sister and sat in stunned silence. After what was either a short nap or a long silent prayer, Sister opened her eyes and said, “Now, I hope that’ll serve as a lesson to you all.”

“Yes, there’s that too, but the lesson I meant is to never wander into a field of cows unless you know where the bull is keeping himself.”

We lived in a small city. I, for one, had never seen a field of cows. I prayed that I never would.

“But, girls, it wasn’t the bull’s fault, not entirely, no,” Sister said, and now she had that hushed, lilting tone we loved—the voice she used when telling us things she shouldn’t.

She glanced at the door. You could hear a pin drop.

“She was cursed-like, poor Deirdre,” Sister continued, in a near whisper. “The whole Murphy family had the curse on it. The grand-father, Jimmy Murphy, he’s the one who interfered with the fairy fort when he was a child. . . . Sure you remember I told you about him.”

We remembered all right. We begged her to tell us again.

Sister Rosemary didn’t teach any classes, she only had night duty, and we’d all heard Mother Bea admonish her for telling us stories about fairies, ghosts and other “pagan nonsense.” But we knew Sister’s stories weren’t nonsense—every word was true. She was an ordained nun, and she swore to the heavenly father they were true.

“May God strike me dead if I’m telling a lie,” she said. Often.

And she wasn’t talking about strangers, they were people she’d known personally who’d been skewered on fence posts, dragged behind runaway pony carts, drowned, trampled, scalded, smothered, or otherwise destroyed because they’d upset a fairy or banshee. Oh, she’d seen plenty of dark magic back home, Sister Rosemary had.

On the other hand, she once saw an angel with her very own eyes. There were angels who watched over us all, even if we couldn’t see them. Sister Rosemary saw her own dead mother’s angel when she was a little girl. It’s what had made her decide to become a nun.

How we loved Sister Rosemary.

After I left the orphanage, I had trouble sleeping in Kate’s cold, silent house, knowing that in a steamy, crowded ward across town, softly whispered stories of angels and mothers drifted from cot to cot long after Sister Rosemary had dozed off in her chair.

Of course, now I knew the nun’s stories were silly; Mother Bea was right, they were superstitious nonsense. But I wondered if seeing me had caused Lillian to reminisce about St. Cat’s as well. She’d been an unruly child, and some of the stricter nuns had dealt with her harshly, but she was a favorite of Sister Rosemary. I wondered if being mentally deficient was a sort of blessing for Lillian. Did she think about dear, befuddled Sister Rosemary as often as I did? If she thought about her, did she find it hard to keep her tears inside, where they belonged, like I did?

Excerpted from The Foundling: A Novel by Ann Leary. Copyright © 2022 by Ann Leary. Published by Scribner/Marysue Rucci Books, a division of Simon & Schuster, Inc. All rights reserved. 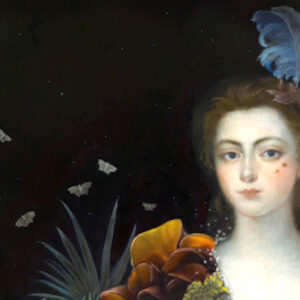 Between Fact and Fable: Historical Fiction or Nonfictional Novel? What is a lie? Plato thought plays were lies, and though this view might seem laughable now, there is certainly a grain of truth...
© LitHub
Back to top