Lisa Levy on Dreamland, Evicted, and The Cook Up

I read two books which exceeded my criteria for great art in the past six months: Evicted by Matthew Desmond and Dreamland by Sam Quinones. This is not something that happens often for me; I am generally pretty hard on books, especially nonfiction, which I find suffers from such an appalling lack of editing I find myself reorganizing the narrative in my head. So by announcing my good fortune in such a forthright manner I hope to politely avoid the present battles being raged about criticism—and more particularly about book criticism—and instead to talk about these books, both of which completely transformed my thinking about the way the world works. I also want to introduce another book which was just published called The Cook Up, a memoir by a former crack dealer in Baltimore, Maryland, D Watkins. While not great art the Cook Up is artful, and the kind of book we desperately need more of (a problem both Dreamland and Evicted made me see even more acutely): a first-person narrative of American urban poverty told from the inside.

“Good for you,” my skeptical reader might be thinking by now. “But this is a crime column. I don’t smell any blood yet.” Well, buckle your seat belt, skeptical reader, because the bodies are going to fall in record numbers. Dreamland is about a town in Ohio which is devastated by the plague of Oxycontin which was brought down upon us by the medical profession, which turned a blind eye to a basic fact everyone is taught in medical school: opioids are an incredibly addictive substance; insurance companies, who would rather pay for a quick fix like a pill to manage pain than something like physical therapy (or god forbid, talk therapy, since a lot of pain management is psychological); and mostly by Purdue Pharma, the developers and marketers of Oxycontin. Oh, did I also forget to blame the state and federal governments which made it insanely easy to overwrite prescriptions and for patients to doctor shop (get multiple prescriptions from different pharmacies)?

Along with this complicated story, unfolding in the rust belt and along the I-95 corridor of the US, Quinones travels to Mexico and finds the town which is a center of heroin production and expanding operations to these same areas, because as the patients become addicts, they will do anything to get opioids, and heroin is cheaper than pills. So some enterprising young businessmen set up shop in small cities like Columbus and Nashville, places where heroin had only been available in the worst neighborhoods. Now, crews of men in clean, nondescript cars carry beepers and meet their customers in suburban shopping malls and exchange crumpled bills for balloons of black tar heroin. If those dealers get arrested, new recruits come up from the same village and take over their jobs.

Since Dreamland was published, and since statistics of both opioid-related overdoses and deaths are skyrocketing the urgency of this problem is being recognized. Dreamland hit a very personal note for me as someone with chronic pain: I recognized glimmers of myself in both the former addicts Quinones talked to and in the people helpless to help them.

Evicted was about a world much less familiar to me. Desmond is an anthropologist, while Quinones is a newspaper reporter, and there is definitely something of the ethnography about Evicted. His territory is inner-city Milwaukee, and he follows several people’s stories, landlords and tenants, to paint a detailed picture of how people get evicted from properties and the damage it does, which is significant. Really, it’s a classic vicious cycle, where if you have an eviction on an application for an apartment you are not likely to be able to find one. To make the situation more dire, chances are, if you have an eviction, you also have been involved in the system in other ways: you have a criminal record, or a spotty credit history, or a drug problem. Desmond cast light on all of the ways impoverished people have to fight for even the most basic benefits they are promised; the multiple appointments and waiting for food stamps, or social security checks, or to get housing vouchers. After reading Evicted one can’t help but feel that as a society we really don’t care very much about how the other half lives. This, too, is criminal.

The title of The Cook Up refers to that all-American activity: making crack cocaine. As the book opens, our hero, D, is determined to go to Loyola College in Baltimore. He worships his older brother Bip, a hustler, but Bip has always told D to stay off the streets and out of the game (anyone who has watched an episode of The Wire will understand the patois Watkins uses). Bip doesn’t make it to page five, and after a suitable period of mourning D leaves his A Different World college life behind and starts cooking and slinging. Turns out, he’s really good at it, and the best moments in the book are when he’s explaining some aspect of “hood life” or describing the characters on the street.

The book is less successful as a memoir: There is an arc where we follow D from college to the streets and eventually to college again, after an attempt to run a straight business fails. It’s irritating that it takes The Love of a Good Woman to get him back on track: she convinces him to give up dealing and try college again. This time it sticks and he starts reading and can’t stop. Eventually, he becomes a teacher and writer.

You would think a little uplift would be welcome after Dreamland and Evicted, but I think those are the books that will stay with me. Reminders of them are all around me: the vacant houses in my on my street where people have been priced out of what was once a middle-class neighborhood; the controlled substance labels on some of my pill bottles, now only refillable by my doctor.

I can tell you reading these books changed my life. I can’t tell you they didn’t break my heart. 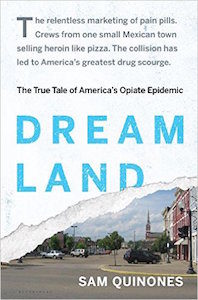 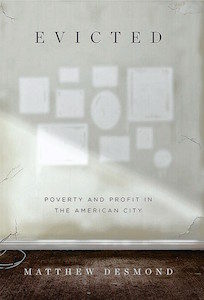 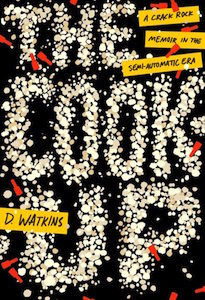 10 Books by Women We'd Like to See Translated: Balkan Edition 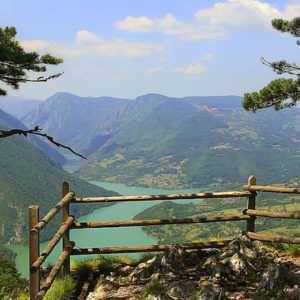 10 Books by Women We'd Like to See Translated: Balkan Edition

Only a small fraction of fiction published in English is translated, and only about a quarter of that translated fiction...
© LitHub
Back to top
Loading Comments...