How London-Based Mystery Writer Karin Salvalaggio Writes Herself Back Home

The northwest Montana brought to life in Karin Salvalaggio’s mystery novels has a great deal in common with Hansel and Gretel’s unkind world. Silent, pine-filled mountains offer a hefty dose of frisson, and remind us that in the best mysteries the role of place as character is essential but subtle. From the national parks that form the setting for every one of Nevada Barr’s Anna Pigeon mysteries to the idyllic Three Pines village full of discomfiting undertones in Louise Penny’s acclaimed Inspector Gamache series, literary mystery novels in particular rely on place to create atmosphere and challenge their protagonists.

Salvalaggio, whose third mystery Walleye Junction was just published by Minotaur, follows in the tradition of these and other literary mystery heavyweights like Deborah Crombie and Laurie R. King. Her world is filled with dark forests where you can lose your way, lose your innocence, or lose your life. But she also has a unique relationship with place that makes its role in her Detective Macy Greeley novels like a taught cable wire, easy to ignore at first but perfectly visible if you’re paying attention, live and ready to snap.

Salvalaggio, who was born in West Virginia, lives in London, and her series takes place in northwest Montana’s Flathead Valley. There—or here, I should say, since I live in the Flathead—communities are tight-knit and small enough that everyone knows everyone else’s business, and the surrounding millions of acres of mountainous, nearly human-free terrain keep her characters acutely aware of individual human vulnerability. “I’m attracted to places like Montana,” she told me over the phone, “where you have these small communities juxtaposed against all that wilderness.” It does take us back, she said, to allegorical tales like Hansel and Gretel. When she later told me that two of her biggest influences are Joyce Carol Oates and Shirley Jackson, the attraction to setting stories near Montana’s substantial wilderness areas, replete with forces far outside human control, made perfect sense.

In literature, the Western landscape is too often held hostage to its relatively brief cowboy past, with a bit of fly-fishing thrown in. Its role as a character tends to be one of beautiful vistas mixed with rugged individualism. Many authors seem to be unaware of the very real dangers posed by living in close proximity to the pine tree-filled Rockies, where there are no signposts but plenty of mountain lions and unpredictable weather. The mountains’ potential as an inheritor of the Gothic sensibility is all but ignored.

Perhaps because, living in London, she has enough distance from American themes to see the possibilities in the location, Salvalaggio has managed to write a series that does justice to a setting where, no matter what crimes people will inflict on one another, nature is always a more imminent threat. Her characters are constantly exposed to the primal vulnerability that subconsciously haunts any person who lives in or close to the wild. In her first book, Bone Dust White, the biting cold and blinding, unceasing snows of winter keep her heavily pregnant protagonist, Detective Macy Greeley, off-balance and trapped in enclosed, almost claustrophobic situations. In her second, Burnt River, a dry, hot summer is host to wildfires that leave a throat-scratching smudge of smoke in the air; they stand as a warning to anyone venturing into the woods. Forest fires are fast, erratic, and lethal, making them a fitting device to heighten the tension of Greeley’s tangled investigations and even more tangled love life.

The distances of Montana attract Salvalaggio, too. Her brother owns a brewery in one of the state’s bigger university towns, and she’s visited often enough to know the vast miles Montanans drive on a regular basis. Detective Greeley frequently makes the three-hour trip from her home in Helena, where she lives with her mother (and infant son once he’s born), to various towns in the Flathead Valley.

Salvalaggio’s childhood was full of drives like Greeley’s. She was raised in a military family whose go-to vacation mode was long car journeys, often to national parks, and the easy relationship Americans have with road trips comes second nature to her. In an essay for the now-defunct online magazine Life Sentence, she recalls the long hours in the car, the smell of wood smoke in the mornings, the Apache pop-up camper, and the landscape that many Americans have forgotten how to appreciate. Landscapes like Montana’s million-plus-acre Glacier National Park. “There’s something incredibly compelling,” she told me of these places, “about the fact that you could walk thirty meters and drop off the face of the earth.”

Salvalaggio has led a rich and varied life that most Americans can only dream of. With a combined degree in molecular biology and biochemistry and a past career as a graphic designer before becoming a writer, she has plenty of knowledge to draw on; and after marrying a British citizen and moving to London, she then spent two years living with him and their children in Milan, which was where she really began to write. She wrote tales for her school-aged children at first, she says, based on elaborate stories full of witches and pirates and superheroes that she used to make up when she took her children on long car rides or sailing trips.

This kind of diverse, international experience would lead many writers down the Hemingway road, setting spare short stories in Paris, or perhaps a mystery series featuring a now-European ex-pat. In Salvalaggio, though, it seems to have fed her ability to focus on her characters and their own stories, and to hone a sense of home.

Homecoming is, in fact, a constant theme in her books. While she notes that Greeley is a wanderer—“Macy’s got a cobbled-together life, but it works for her”—it’s the ease the detective feels on walking through the door of the home she shares with her mother that struck me repeatedly when reading Salvalaggio’s books. Not just ease; it’s more like relief. Being from a military family who moved frequently, this writer knows well the yearning to belong to a place, and the ache for stability echoes throughout her books. Salvalaggio’s characters want to rely on their families and the communities they’ve known all their lives, to go to their childhood beds and feel comforted and home, but their trust in home is constantly being challenged. Greeley is the exception, and it’s notable that after a tumultuous love affair full of lies and manipulation, she starts a relationship with a man who seems completely rooted in both his house and his community.

Salvalaggio says that if she ever wrote a memoir it would be titled This Lost American, an intriguing title for an author who lives in one of the world’s most cosmopolitan cities and writes books set in small towns halfway across the world. She went through a divorce three years ago, and told me her mother asked her afterwards, “Will you come home now?”

“What did you tell your mother?” I asked her at the end of our phone call.

“My children are here,” she said. “This has become home.” After we got off the phone, though, I circled a note I’d made halfway through the conversation. Salvalaggio’s third book in the Detective Macy Greeley series, Walleye Junction, is based on a short story she shared with a writing class earlier in her career. “People connected with it,” she said, “and I really felt like I’d found my place.” Perhaps for someone uprooted so often in life, writing has become the one constant home.

Antonia Malchik is the managing editor of STIR Journal and a regular contributor to Full Grown People. Her essays and articles have appeared in Aeon, The Washington Post, The Boston Globe, The Atlantic, BuzzFeed Ideas, and others. Formerly, she worked as a journalist in Austria and Australia. She lives in Northwest Montana with her family. You can read more of her work through her website. 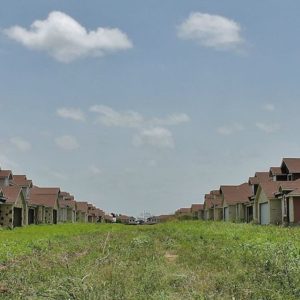 I read two books which exceeded my criteria for great art in the past six months: Evicted by Matthew Desmond and Dreamland...
© LitHub
Back to top