I Am Jessa Crispin’s Problem with Publishing

Bethanne Patrick on Careerism, Criticism, and a Life in Books

Some years ago, an old friend visited DC. My spouse and I met him for dinner and passed a pleasant evening catching up on mutual acquaintances, news of our children, and current events. It wasn’t until we got in the car after dinner that he slipped the knife between my ribs.

“So I see you’ve been doing a lot of writing online,” he said from the back seat. “You write a lot about books.”

Yes, I remember nodding and responding. At the time, I was actively blogging and hosting an online author-interview series.

“It’s like you’re a cheerleader for books,” he continued. “You don’t actually write anything critical, do you?”

The knife had reached its intended target—but while our friend meant to belittle me, his words shocked me in ways he could not have understood. He was correct. I hadn’t been writing “anything critical.” Why was that?

His words came back to me last week when I read Vulture’s interview with Jessa Crispin, founder of the literary website Bookslut, which closed its doors on May 6th after a run of 14 years. “Why end it now?” asked journalist and author Boris Kachka. Crispin responded, in part:

At the beginning it felt fine because everybody on the internet was there just to be there, but now that’s how people build careers.

In 2004, I became Books Editor for AOL. I thought I’d been hired as an editor to create and showcase writing about books, but one of my first telephone calls disabused me of that quaint notion. It was a marketing director from one of the big publishing houses informing me that I’d be running a feature on one of their titles, written by a media éminence grise—who happened to be pals with the owner of the big-box bookstore that sponsored my “channel.”

As politely as I could, I told this woman that I would be happy to take a look at the book and consider coverage, but no promises.

“You don’t understand, Bethanne,” she replied. “I’m not asking you to consider it. I’m telling you that you’ll be featuring it. That’s how this works. We tell you what we want to promote, and AOL gives it a spot.”

Oh, my naïveté, how it burns, now! Before accepting the AOL position, I’d been working as a print magazine editor and book reviewer. I’d never held a publishing-industry position in Manhattan or out of it, and I was so out of the loop that even when the magazine I worked for wound up involved in an SEC scandal that hugely affected book-publishing distribution, I didn’t even know what co-op money was.

My complete ignorance didn’t last long while I remained at AOL; I was inundated, and quickly, with deal files and learned that my day had to start with Publishers Lunch, continue with a glance through Publishers Weekly, and if I didn’t move on to the major newspapers and broadcast outlets, I’d be lost.

Reading those took up a lot of time, and given that my actual job involved actual programming as well as writing and editing, I slipped further and further behind on current reading. My pod filled up so fast with books for consideration that my boss campaigned to get me a second one just to hold my “library.” And in the middle of all this work, that boss decided I should start something new: An online journal (as AOL so quaintly called blogs back then).

I knew what blogs were; I’d even toyed around with one of my own, called “The Reading Writer.” Several writers I knew from The Book Report Network had their own and seemed to be enjoying a new process of book reviews and literary criticism disconnected from established outlets. Crispin told Kachka:

People who started blogging even a year after us didn’t have the same response because the audience got divided. . . Once everybody started blogging about books, you couldn’t get enough of a following to get anybody’s attention.

She’s right about the changing audience. By 2004, when my blog “The Book Maven” began at AOL, there were lots of everybodies blogging about books, so many of them that a couple dozen had banded together and formed “The Lit Blog Co-op” (Crispin leaves teethmarks on a couple of them, Ron Hogan of Beatrice.com and Mark Sarvas of The Elegant Variation, in the Vulture interview). I thought the group was a fantastic idea and wanted to join its ranks, but (rightly) I was politely told I could not since my blog was a corporate one; the people whom Crispin now tags as deliberate career builders started out as anything but.

I, however, was always building a career; I came to online writing and reviewing from print media, and didn’t see a difference (much to that marketing director’s dismay) between my career path and, say, that of a newspaper book-review editor’s. I still don’t. I haven’t plotted my career in a particularly deliberate or careful manner (one glance at my resume will prove that), but I knew I wanted to pursue a career in writing and talking about books.

That doesn’t mean I think everyone who does so needs to be a careerist. The literary world has long accommodated aficionados, amateurs, dilettantes, and the downright precious. No one is forced to pursue a publishing career, but some of us would like one…

After I was laid off from AOL (which promptly closed its books section, leaving thousands of former books message-board devotees in a weird limbo), Publishers Weekly hired me as a blogger, and I discovered a couple of things: One, AOL wasn’t alone in its relationship to publishers and their ad dollars. Two, book blogging audiences may have cannibalized each other, but there was still plenty of room for clear, honest writing about literature online. Barbara Vey, whose blog started on Publishers Weekly around the same time mine did, has a huge following; my blog, still “The Book Maven,” got a ton of attention from agents and editors and authors (as it was meant to).

The paths to smart books coverage are various. The years went by and new sites and publications proliferated: The Millions, The Rumpus, Jezebel, Electric Literature, Vol. 1 Brooklyn, Book Riot, on and on and on to the Lit Hub, where I’ve landed now. These new-media ventures have forced old-media stalwarts to gussy things up or die. Some of the traditional outlets, like The Paris Review, now have online publications as good or better than their originals; others, like many newspapers, have miles to go before their websites even work properly, let alone get social-media shares.

It’s just taking the print template and moving it online. I see the Millions used on book blurbs now. They’re so professional, and I mean that as an insult. I didn’t want to become a professional. It’s like using the critical culture as a support to the industry rather than as an actual method of taking it apart.

While I disagree with her use of the phrase “print template” (does she mean “traditional book-review decorum?”), at a certain point I had my own Bookslut Epiphany (and I mean that not as an insult). What I was doing was, in my friend’s words, “book cheerleading.” I was shaking my pom-poms for books.

However, I wasn’t doing so because I was an industry shill, shallow, or self-interested. I failed to provide meaningful criticism, information, or recommendations because I was, like so many of my colleagues, frightened about the future of books and publishing. In desperate times, the desperate tilt at windmills.

I became—lots of us became—exactly what Jessa Crispin hates about publishing today. When there’s anxiety, she says:

. . .the tendency is to close ranks. So you can say you’re only gonna publish positive reviews. You’re only reviewing friends, friends of friends, people in your network, people whom you want to make happy. That’s not criticism.

Positive reviews, well-written and carefully thought out, certainly are part of criticism—but if they were all of it, we’d be losing something important. About this, Crispin is right. First, if critics aren’t reading things that make them uncomfortable and uncertain, they’re not learning anything and they’re not doing their jobs. Second, they’re doing a disservice to all readers by only placing safe, expected literature in front of them. For Bookslut and a number of other online venues and publications, the idea was to separate from the mainstream and look, if not at the downright revolutionary, at least at the different, at the publications that interested them rather than the publications that wound up in metal racks by the supermarket checkout. Or even the more effete ones: “We’re not allowed to say The Paris Review is boring,” Crispin told The Guardian last week. “Because what if The Paris Review is about to call us?”

Crispin is wrong, however, because, as I said, positive reviews are part of criticism. They can be literature in and of themselves—and that’s the thread I think we’ve all dropped in the past couple of decades, that book reviews and book criticism and critical analysis are not just part of the publishing-industry editorial to PR to marketing to sales flow chart; they’re part of our overall cultural conversation, part of what ties all kinds of literature to other areas of research, endeavor, and creation. It’s a conversation, not a funnel; a debate, not a neatly packaged web page.

I have never met Jessa Crispin, nor have I spoken with her. I’ve always admired her work and writing and have read Bookslut intermittently. But although our orbits weren’t in synch, they weren’t spinning in different galaxies, either: As Crispin became disenchanted with too much boosterism in publishing, I became disenchanted with too much boosterism in my own work. It’s a long story and fodder for a different essay, but I had to take a long, hard look at what I was doing and what I wanted to do. I knew I could make decent money in PR and marketing. “You’re so good at it!” exclaimed one publishing colleague. “Why are you trying to write reviews? Go where the money is.”

That’s what I’d been doing. That’s what had led me to becoming a “book cheerleader.” Deep down, it’s not what I wanted. It’s not what interested me. I had to take a couple of years off in order to figure that out, and I will say that they were years in which I didn’t make a lot of money.

I also figured out that much as I like reading about very small presses and radical literary trends, I prefer writing about more mainstream literary and commercial fiction and nonfiction. I still don’t make a lot of money, but I make enough, and it’s all through writing, reviewing, and editing. Yes, I have a career in publishing as a working writer, author, and reviewer.

Jessa Crispin disdains careerism, but see above: She and I have more in common than she might think, or like to admit. She’s also a working writer and author who is engaged in a third book with Melville House. She’s definitely doing things differently and her own way and has earned a very high place at the table from which to make pronouncements about other people’s use of their platforms.

Cheerleaders stay on the sidelines. I’d rather be in the game, even if playing it with Jessa Crispin means wearing a helmet.

The Curious Charms of Arthur Pepper 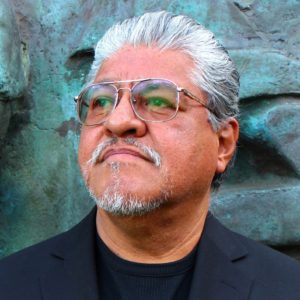 “This is a great poetry town,” Luis J. Rodriguez was saying over the phone a week or so ago, referring to Los Angeles,...
© LitHub
Back to top