It's From the 80s and Stars a Baby Kenneth Branagh . . .
You're Welcome

If you asked me to name the novels that would be least suited to cinematic adaptation, Virginia Woolf’s To the Lighthouse, first published this week in 1927, would almost certainly be one of the first to come to mind. (See also: Pale Fire, The Rings of Saturn, etc.) For one thing, there’s very little plot to speak of—though there’s incident, of course—and for another, the book takes place almost entirely in the heads of its characters. Heads, plural, and sometimes even in the same paragraph. Or sentence. It is a modernist masterpiece after all. I always say that To the Lighthouse is the novel that feels the most to me like actual consciousness, which is one of the few things that film, a third person medium through and through, is relatively bad at representing.

So you might imagine my shock when recently, as I was noodling around on the internet searching for rare pictures of my favorite dead writers (what?), I stumbled upon this made-for-tv adaptation of Woolf’s most important novel, which first aired on the BBC in 1983, and which stars Rosemary Harris, Michael Gough, Suzanne Bertish, and a 22-year-old Kenneth Branagh as Charles Tansley. (It was directed by Colin Gregg, who, the year before, had given Gary Oldman his film debut in his feature Remembrance.) My shock only increased when I watched it, and found it to be . . . well, not terrible—if not particularly good either.

The film begins with a couple shots of creepy dolls in a dark house, just so we know what we’re getting into. A small girl is asleep. A small boy looks longingly through a lace curtain. We’re told we’re in Cornwall (not the Hebrides) in 1912—a detail that a reviewer in the Times suggested was a nod to the autobiographical nature of the novel: Cornwall was where Woolf’s family would have vacationed. (By the way, this reviewer also acknowledge the unlikeliness of a successful adaptation of the novel, but called this attempt “very special indeed,” a perfectly measured take.) That’s not all that has been changed, of course. In the first few minutes there’s already much more action than I remember from the novel (did I forget a fistfight on the beach?); later, baby Kenneth Branagh gets pegged with a tennis ball and then storms off. There is more dramatic yelling than I ever imagined.

But all that is to be expected, and is not particularly disturbing. Also to be expected (though I did hope for a while I would be wrong) is the fact that the film has no idea how to manage the novel’s frequently shifting points of view. Gregg—or perhaps the screenwriter, Hugh Stoddart—cut down the number of characters to ease the way, but it was always going to be a losing battle. Woolf’s text moves seamlessly between the internal landscapes of its many characters; the film tries to approximate this by having the actors say their thoughts out loud to empty rooms—the effect of which is quite silly—and then oddly, during the famous dinner party scene, changes strategy, and begins to broadcast each character’s thoughts through voice over. It’s not the least bit convincing, though I have no idea what might have been more so. Something a little closer to the long silences of Luca Guadagnino’s adaptation of Call Me By Your Name, perhaps—though it’s not at all clear that technique would actually work with so many different characters to deal with.

The film’s treatment of the novel’s middle section, which is perhaps its most famous, focusing as it does on the empty summer house and dispatching with Mrs. Ramsay, Prue, and Andrew all in brackets, lasts less than five minutes. It does manage to approximate the book’s baldness as each tragedy intrudes on the dreamy omniscient narration, even if it’s much less elegant. We see Mrs. Ramsay, lying dead in her bed, her husband moaning that she didn’t know he loved her, putting his face in the sheets. Compare to the novel: “[Mr. Ramsay, stumbling along a passage one dark morning, stretches his arms out, but Mrs. Ramsay having died rather suddenly the night before, his arms, though stretched out, remained empty.]” Nothing beats it.

And yet—there is something about the film that evokes the gauzy unease of the novel. Part of it may be the poor quality of the reproduction, which feels about right to represent this novel in 2020. Part of it is certainly the wheedling, sometimes jarring 80s soundtrack. But I think it’s primarily the slowness of it—the apparently aimless jumping from moment to moment, the plumes of resentment or happiness that die down and disappear—that feels now fully alien, unlike any contemporary film, and (and least somewhat) like Woolf’s novel. It is, after all, a book about the daily life—and destiny—of a family as much as it is a book about what it means to be a thinking brain in a body in said family, or anywhere. All of these things are ultimately, as Woolf knew, both transcendent and mundane. And so, against all odds, is this adaptation.

In 1984, the film was nominated for a British Academy of Film and Television Arts (BAFTA) award in the Best Single Drama category; since then, it has been (as far as I can tell), almost entirely forgotten. If you are so inclined, perhaps as a way to pass a few extra hours during quarantine, you can watch the whole thing yourself here. NB that it’s not actually three hours long—for some reason this clip plays the beginning of the movie again after the end credits: 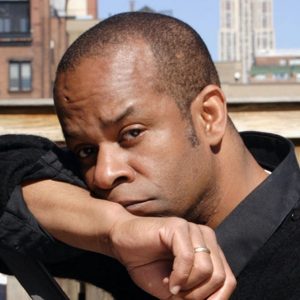 “Well you know sometimes you no know you no going to like something until you right in the middle of no liking, Amá will...
© LitHub
Back to top