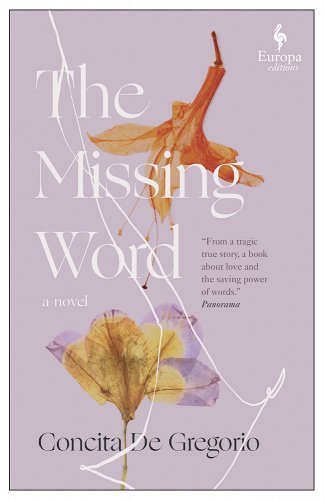 The following is a story from Concita de Gregorio's The Missing Word. De Gregorio is a writer, journalist, and broadcaster. One of la Repubblica’s best known and long-established columnists, she has written several works of non-fiction on politics and current affairs, as well as women’s and children’s issues. She was the editor of l’Unità newspaper, and is the creator and host of several successful news and current affairs programs for Italian national radio and television. The Missing Word is her second novel.

I can’t remember precisely when I first met Dolores. I should be able to, I know. Some mothers spend months casting around for a babysitter. Interviews, trial periods. I remember another mother who used to work with me. It took her two years: she talked about nothing else, there wasn’t a thing about any of them that she accepted. It had become an obsession; even at the coffee machine, it was all she talked about to whomever came along. How to find the right person. It made me laugh. Right for who, in any case? Right for her, I thought. Right for assuaging her guilt, therefore impossible to find. Kids adapt. Our childhood, mine and my brother’s, was easy and chaotic at the same time. I don’t think our parents ever spent much time thinking about who would look after us. A grandmother, a babysitter, a friend. They lived their lives and we spent a lot of time on our own. We weren’t the ones to dictate how our days would be spent. On the contrary, I would spend whole afternoons sitting on the sofa while my grandmother read opera librettos to me. We were the ones who adapted to the rhythm of the adults, to their tastes and habits. Not the other way around. I remember that my first impression of Dolores was that she was mature, maternal, and straightforward. She was the first person I’d interviewed for the job. I was very happy. I was pregnant with twins and I was happy. I offered her the job, she gratefully accepted.

She had come recommended by the concierge at the apartment building in Lausanne where I used to live. I’d asked whether she knew anyone who would be willing to come to Italy for a while. Mathias was working in Bologna and I was planning to spend at least the first few months after giving birth with him. The concierge knew a woman who was looking for work. She was Spanish, she told me. She would be willing, happy even, to travel.

Dolores was from La Coruña, where Spain meets the ocean. All there was on the horizon was the sea, and beyond that, South America. She was the eldest of eight siblings from a very poor family, she’d married a Portuguese man when she was very young and emigrated with him to Belgium. Her life got worse rather than better. She’d already left one foreign country behind. She must have had a very unhappy life. She spoke very little. I couldn’t tell you how old she was, I can’t remember. “Stuff” from before I hardly remember any more. It’s not true that oblivion doesn’t exist. Your mind sifts, constantly storing and discarding. It creates space, wipes things out. Maybe it doesn’t eliminate every trace, but it compresses them into an illegible format. Even if you really try, you can’t find the key, you can no longer decipher it.

Fifty-five, perhaps. Between fifty and sixty. She was very maternal with Alessia and Livia. There was nothing they needed that she hadn’t already thought of, prepared, predicted. She came to the house early in the morning and stayed until six in the evening. I took the girls to school at eight, she went to pick them up after lunch. Mathias usually came home in the early afternoon. I traveled a lot. At that time, I oversaw my company’s activity in Asia. I would be away for short periods often, or longer periods rarely, a few days a month or a few weeks a quarter. When I was away, Dolores and Mathias had dinner together after putting Alessia and Livia to bed, sometimes she stayed the night. She had her own room. She had a special understanding with Mathias. They laughed a lot. She looked after him in a way he would have liked me to, I imagine. Or as he would have liked his mother to have done, if it is possible for a child to want something he doesn’t know. In any case, Dolores was perfect for them. I’ve never been jealous, I don’t know what jealousy is. I saw that Alessia and Livia were so attached to her that her name was on their lips all the time. In their needs, in their stories. I wasn’t jealous, no. Love multiplies, it doesn’t divide.

Every now and again, I could hear disapproval in people’s voices about my being absent, being away for my work. In the small village where we lived, and in Switzerland in general, women with children tend to stay at home. Women weren’t allowed to vote until the seventies in Switzerland. The day before yesterday, practically. The country is very, very sexist. Mathias never made me feel bad about going away. But with Dolores he had a secret, encrypted complicity. I could sometimes see, in the little details, that they were in agreement about this, too: she has to go, they would say to one another. She. It felt a bit like they both thought they were doing my job for me. Without saying so, though. Or rather, without saying it out loud.

No, I don’t think they had a different relationship from the one I witnessed. She was much older than him. But who knows? The ties that bind people, the shared needs that lock into place, are mysterious alchemies. When they were on their own, they behaved as though they were Alessia and Livia’s real parents. Then, without fail, as soon as I got home, Dolores withdrew. She quietly slipped back home. We never spent that much time together, she and I. In fact, almost none.

Mathias left her some money in his will. He thought of her that Sunday, or the Saturday when he wrote it, I don’t know. I’m almost certain that the previous Saturday the handwritten will was not in the drawer. I’m convinced he left it there that last weekend. If, on the other hand, he’d had it ready and kept it hidden, it would mean he’d been planning what he then went and did all the way along, but that can’t be true. I don’t think it’s conceivable that he was thinking of killing himself when he left for his Christmas vacation in December. A vacation with friends, three weeks on a yacht. I don’t believe it for one minute. He wrote the will afterwards, when he got back.

Probably after we’d had that argument about the divorce. Anyway. One paragraph of his one-page last will and testament was for Dolores. After all, he was very grateful to her, I understand that. He had dinner with her Saturday evening, before taking off.

No, I really can’t understand why, in the days between Sunday, when Mathias took off in our car, and Thursday, when he killed himself, those five days when we knew nothing about Alessia and Livia, Dolores didn’t feel the need to help search for them, to come with me to the police, to give a statement about their last encounter. I don’t understand why she went missing, why she, too, vanished into thin air. She’d brought them up day after day for six years. Their whole life. She’d lived in our house. She was almost like a mother to them. What I can’t understand is her absence in that moment of fear.

I was scared from the start. Of course I was. When I walked into the dark, empty house and found their stuffed toys and pajamas on their beds. The girls’ car seats were in the other car at my place. Mathias would never have taken Alessia and Livia in the car without strapping them into their car seats in the back. Never ever. It was an article of faith. My heart leapt into my throat. I called Dolores right away, she was the first person I called. Where are Alessia and Livia? I don’t know, ma’am, was all she said. I don’t know. Three days went by before she came over to the house. Monday, Tuesday, Wednesday. We had no news of Mathias. The police were looking for him. She came to see me with a friend, they stayed a few minutes in the sitting room, then they left. As if it were a courtesy visit, a formal gesture.

I haven’t heard from her since. I know she went to Mathias’s funeral, I know she sees his mother, his siblings. But I have never seen her again. She never answered my letter. 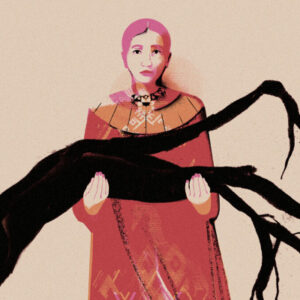 Anna Badkhen Finds Space for Hope and Sanctuary Amidst Histories of Imperial Collapse Emergence Magazine is an online publication with annual print edition exploring the threads connecting ecology, culture,...
© LitHub
Back to top