The Lives of the Poets Aren’t All That Cinematic

Far too often it is assumed that the creative arts are divorced from the demands of everyday existence; the image of the tortured genius in a study strewn with papers, or the artist toiling in front of his canvas, drives home the idea that making art is an arduous process conducted by some especially sensitive individual, one ill-suited to the quotidian existence the rest of us inhabit. This myth-making has been fuelled in no small part by the eagerness with which cinema has embraced the dramatic potential of such portrayals; from Vincente Minnelli and George Cukor’s depiction of Vincent Van Gogh, Lust for Life (1956), through Jane Campion’s study of John Keats, Bright Star (2009), artists’ tumultuous, exceptional lives are presented as inextricable from and integral to the art they create. It comes as a surprise, therefore, to encounter two recent features noticeably at odds with this trope: Terence Davies’s A Quiet Passion, his biopic about the infamously reclusive 19th-century New England poet Emily Dickinson; and Jim Jarmusch’s Paterson, the story of the eponymous bus driver and amateur poet who lives and works in Paterson, New Jersey. Both Davies’s and Jarmusch’s visions of creativity reject the Hollywood stereotype, instead grounding it in the daily repetition, habit and routine of the practitioner.

Poetry lovers will recognize Jarmusch’s appropriation of the title of another work: William Carlos Williams’s modern epic poem “Paterson” (published in five volumes between 1946 and 1958), an account of the people and history of the city of the same name. A man named Paterson, who drives a bus in Paterson; “Well that’s kind of crazy, right?” an acquaintance of Jarmusch’s hero chuckles, yet this is anything but happenstance in a film that tightly interweaves cinematic, lived and verbal repetition with the creative process. In the first scene—which opens with an overhead shot of Paterson (played by Adam Driver) and his partner Laura (another artist, played by Golschifteh Farahani) in bed early one morning—still half asleep, she tells him of the dream she’s just had in which they had twins: “one for you and one for me.” As Paterson walks to work shortly thereafter, he passes two elderly men, sitting side-by-side on a bench, the first of a series of twins, or very similar looking pairs, he encounters during the course of the film. Patterns abound in this film, not least in the form of Laura’s art—she adorns their home, the walls, the drapes, the shower curtain in their bathroom, even the crockery, not to mention her own clothes and accessories with black and white circles. Then there’s Paterson’s own routine, showcased in what some would describe as monotonous detail, day-in, day-out, as if he runs on clockwork.

Set over the course of a single week, we see Paterson perform the same daily rituals over and over again: he wakes shortly after six each morning (without the use of an alarm—his body clock reliable enough on its own); gathers up his clothes from the chair where he neatly left them in readiness the night before; eats a bowl of cereal for breakfast; walks to work; drives his bus; stops for his packed lunch; drives his bus; heads home for supper with Laura; after which he takes their dog, Marvin, for a walk, and stops off at his local bar for a beer. If Williams—a physician by profession—was a poet celebrated as a chronicler of the everyday, it’s in the shape of Jarmusch’s protagonist that the notion of the poet as everyman is calcified. Intriguingly, though, and in contrast to the city of Paterson’s more famous poet, Paterson draws no significant inspiration for his poetry from this routine. He overhears plenty of conversation between his passengers on the bus—from the two men trying to outdo each other with women they’ve nearly dated, to the inspired cameo appearance of the childhood sweethearts from Wes Anderson’s Moonrise Kingdom (2012), now student “anarchists.” Yet regardless of how potentially interesting these characters are, none of what Paterson hears or sees makes its way into any of his poems. Viewers familiar with Williams’s work will recall these lines (echoed by the laundromat rapper Paterson encounters one night while walking Marvin):

Say it! No ideas but in things. Mr.
Paterson has gone away
to rest and write. Inside the bus one sees
his thoughts sitting and standing. His
thoughts alight and scatter–

Jarmusch’s film animates Williams’s image of the bus as a repository for a man’s thoughts. It’s during the hours Paterson spends at the wheel, or while walking to and from the bus depot in the morning and evening, that ideas coalesce, his poems taking shape in his mind before he commits them to paper, the repetitive, manual labour of his day job encouraging a certain cerebral freedom.

Take, for example, the first of Paterson’s verses featured in the film: “Love Poem,” inspired by a box of matches, which Paterson spies on the kitchen counter while he’s eating his breakfast. As he walks to work in the early morning sunlight, the process of composition begins. Via voiceover, we hear the first tentative lines of the poem. Then, as he sits in his bus waiting for the ok to leave the terminal, he transcribes these lines into his notebook, the voiceover now accompanied by the words themselves, overlaid and echoed on the screen as they’re being written. During his lunch break Paterson returns to his notebook, the visual and verbal once again combining as he continues work, his first speculative tone steadily giving way to one that’s more self-assured. His daily routine, instead of simply being a source of inspiration or distraction, has actually given his subconscious precious time and space to work on the poem. The film thereby sidesteps a simple causal relationship between an artist’s observations and the art he or she creates, the “write what you know” as one hears so often, instead presenting a more psychologically nuanced depiction of the creative process than Hollywood usually seems capable of.

Watching Paterson going about his habitual tasks, a line from Davies’s film kept replaying in my mind. “But you have a life,” says Cynthia Nixon’s formidable Emily Dickinson, speaking to her sister-in-law Susan (Jodhi May), “I have a routine.”

Earlier in the film we see Dickinson ask her father’s permission for the privilege of nightly writing sessions, reassuring him that in doing so she “shall not disrupt the rest of the household.” If we pay attention to what Davies shows us of Dickinson’s waking life, what we see is not a poet hunched over a desk, pen in hand, but a woman engaged in domestic duties and the demands of family. In terms of the way in which her activities are presented, the fact that Dickinson writes is of similar consequence to the fact that she bakes bread. In fact, if anything, the latter is afforded more obvious significance. We never see her struggling over a poem, nor impatiently awaiting a response from an editor. We do, however, see her face drop with an alarming display of upset and anger when she’s informed that her loaf took second rather than first place at the local agricultural fair.

Whether a social comment on the attitudes of the time towards women writers—“a gift is no excuse for a female to exhibit herself in that way,” chides Dickinson’s disapproving father (Keith Carradine) after a young Dickinson admires the voice of a female singer during a family visit to the opera (the familial support for Paterson’s writing is positively indulgent by comparison, Laura constantly encouraging him do something more with his poems than simply recording them in his “secret notebook”)—or another reaction to the silver screen’s tendency to distort its subjects for the purpose of entertainment, this absence of Dickinson the writer has one clear result: like Paterson, the act of writing is so tightly woven into the ordinary routines of the poet’s day it is indistinguishable from the fabric of life itself.

Unlike Jarmusch, Davies further frustrates the viewer hoping to glean insight into Dickinson’s creative process by choosing to present her poems as fully formed and complete, with no intimate previews of in-progress work. Bar a lone example of Dickinson reciting “I’m Nobody! Who are you?” (an apt choice given the poem’s assertion that anonymity is preferable to fame—something, Davies’s shows, that comes back to haunt Dickinson later in life) as part of the script proper—whether from memory, or as spontaneous composition—to her new-born nephew, all the poems quoted in the film appear in the form of a voiceover, threaded into the musical score. Perverse as it may seem for a biopic of such a renowned luminary of western literature, Dickinson’s poetry is not so much the subject of this film, but just one of the elements that together constitute what’s first and foremost a depiction of a life, and a life marked by struggle.

Davies presents a woman to whom the years are not kind; the young Dickinson (Emma Bell) resembles L.M. Montgomery’s outspoken Anne Shirley, all youthful eagerness and vitality, but as the film progresses we see a woman who becomes bitter, resentful, jealous, judgmental and thwarted, while also enduring considerable physical pain and distress. However, like Paterson on his noisome bus, none of this comes to dominate her verse which, all the while, continues as the soundtrack to her life, and her death.

You’d be forgiven for thinking that I’m arguing these two films are flawed or somehow unsuccessful, but this is not the case. My point is that as depictions of the artistic life, they are not what we’ve come to expect.

A Quiet Passion offers us little insight into Dickinson’s work, yet it is a strikingly accomplished portrait of a woman for whom her poetry was indeed the sum of her increasingly confined existence—and that Davies manages to show this, without resorting to a more traditional depiction of the poet at work, is testament to his skills as a film-maker. Similarly, there is much to delight in when it comes to Jarmusch’s portrayal of the rhythms and patterns of his protagonist’s life, nevertheless, as a poet Paterson remains inscrutable, his process observed but not understood.

What’s perhaps most intriguing about both these films together, then, is how little they reveal about where their poets find their voice or inspiration. In both cases there is a give and take between art and the rest of one’s life, with the latter not simplistically fueling the former, but supporting and frustrating it in equal measure. Both films are clearly a reaction to previous cinematic depictions of artists, but they are timely as well: it’s becoming harder than ever before to make a living from one’s art, and there are many attractive myths and half-truths about success. It’s refreshing, then, and one could argue necessary, to see two portrayals of the complexity of “creative life,” that emphasize the balance that must be struck in that very phrase, the interdependency that exists, as opposed to Hollywood’s typical, indulgent presentation of creativity as all-consuming, over-dramatized, and often over-simplified.

Lucy Scholes is a senior editor at McNally Editions, and writes for The Independent, The Times Literary Supplement, The Observer, BBC, The Guardian, and is a columnist for The Paris Review.

The Redemption of Galen Pike 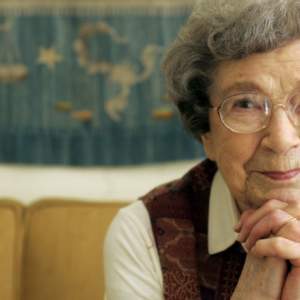 Louise Erdrich returns to Turtle Mountain and all the living and the dead. | Literary Hub 10 debut novels that...
© LitHub
Back to top