Good Thing It’s Fall and You’ll Be Inside Anyway... 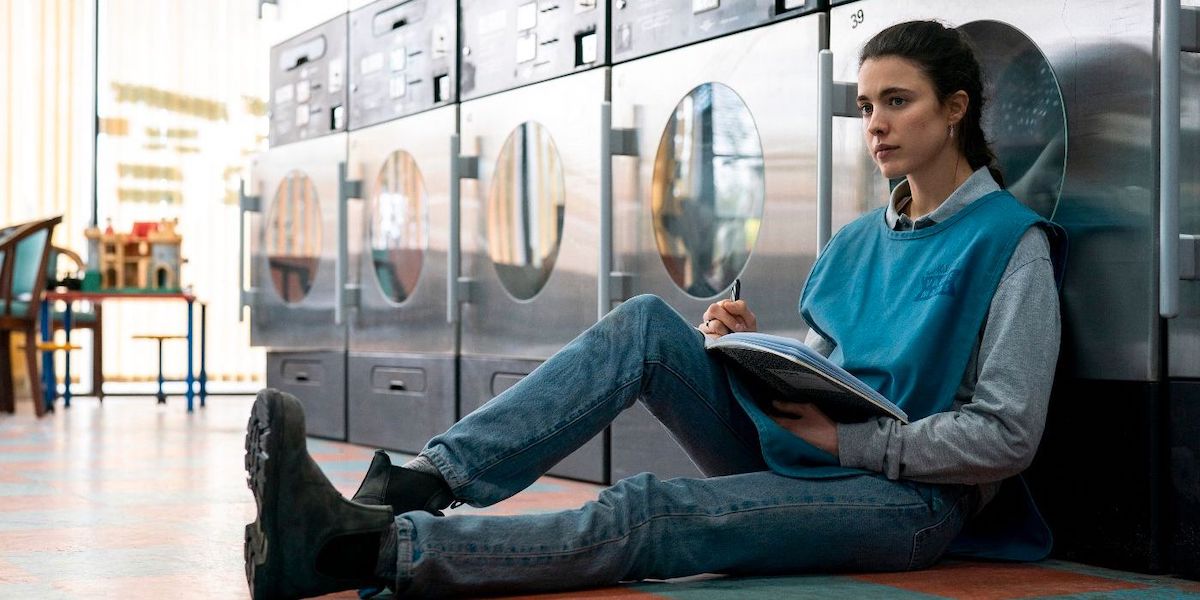 Literary bona fides: based on Stephanie Land’s Maid: Hard Work, Low Pay, and a Mother’s Will to Survive (2019)

This adaptation of Stephanie Land’s bestselling memoir of working as a housekeeper as a single mother in her 20s is already getting very positive early reviews; by all accounts it is an authentic, and necessary, story about American poverty and generational trauma—but even so, it’s not without hope. 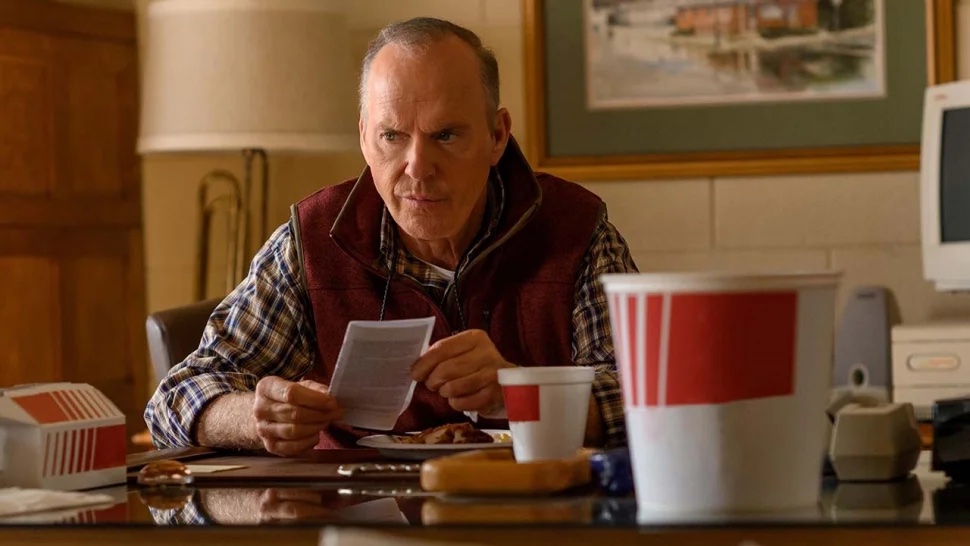 Another harrowing series based on an important recent nonfiction book about one of America’s epidemics—not poverty, this time, but opioids. 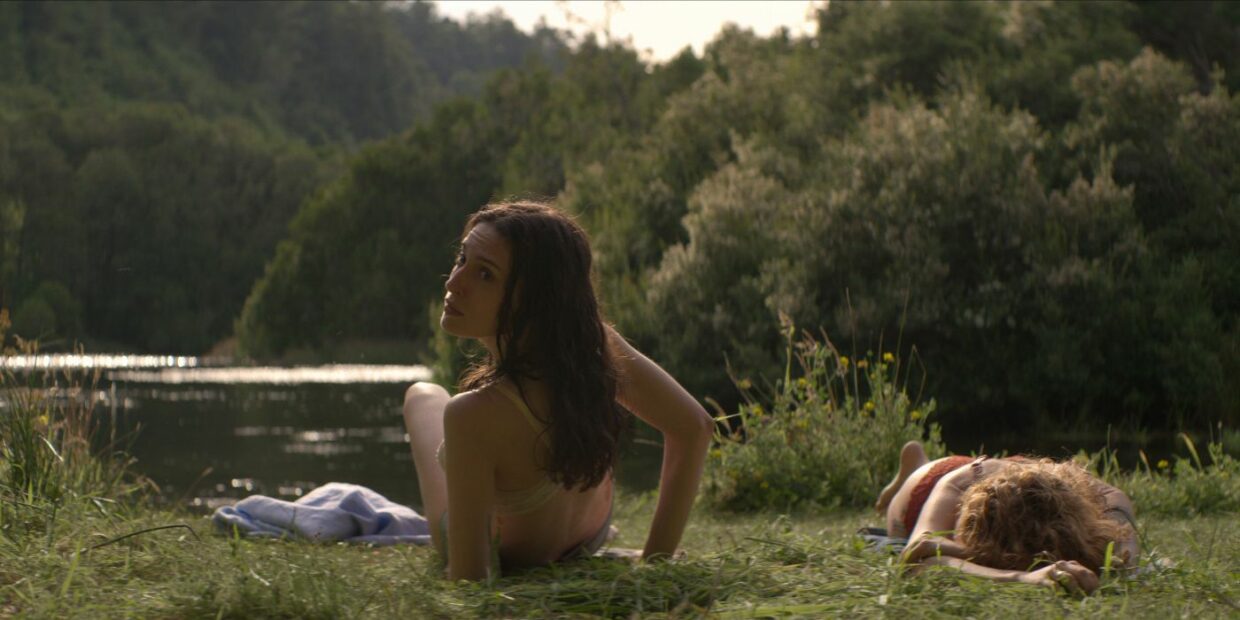 I have no idea how anyone could turn Samanta Schweblin’s surrealist hallucination of a novel into a feature film, but that only makes me more curious and excited to see what Peruvian director Claudia Llosa has done with it. 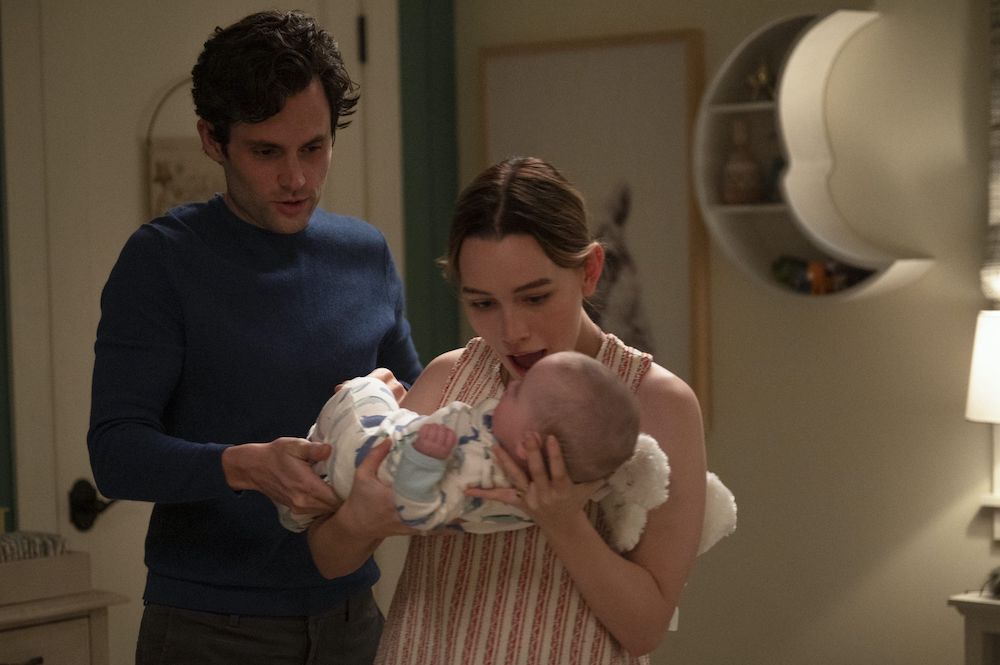 Literary bona fides: based on the Joe Goldberg books by Caroline Kepnes

Otherwise known as Two Murderers and a Baby. 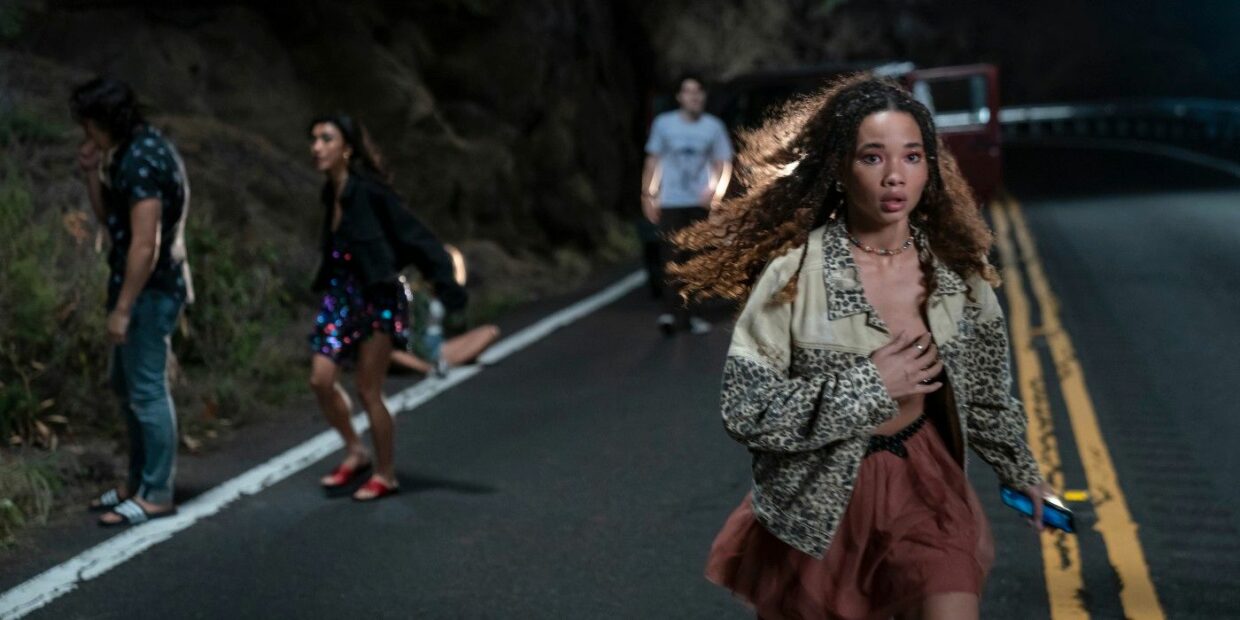 Literary bona fides: based on Lois Duncan’s I Know What You Did Last Summer (1973)

It is my official opinion that we should leave our perfect ’90s teen franchises alone, thank you very much. But after watching the trailer, with its Euphoria vibes and Olivia Rodrigo soundtrack, I’m not saying it would be impossible to get me to watch it. 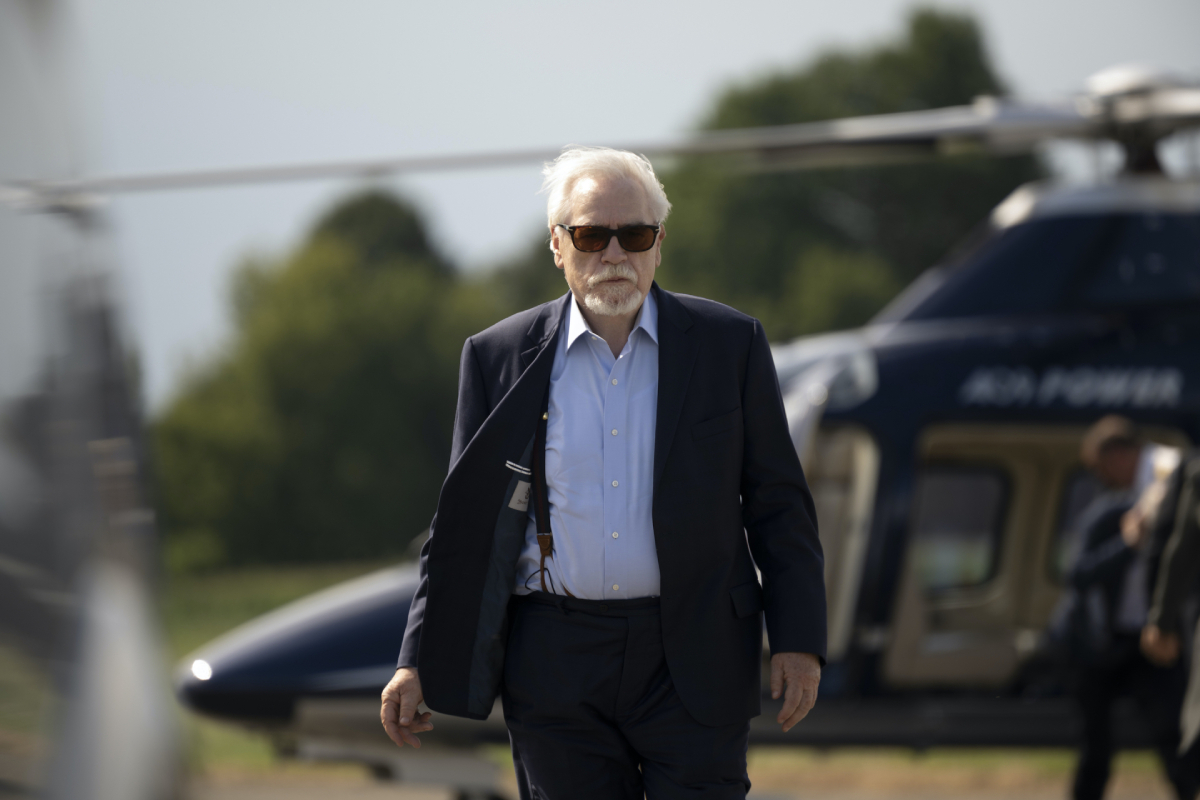 The literary-ness of this show is more tonal and less literal—unless you count Shiv reading Sally Rooney—but let’s be real: this is the television event of the season, and everyone (and every writer) you know will be watching it. 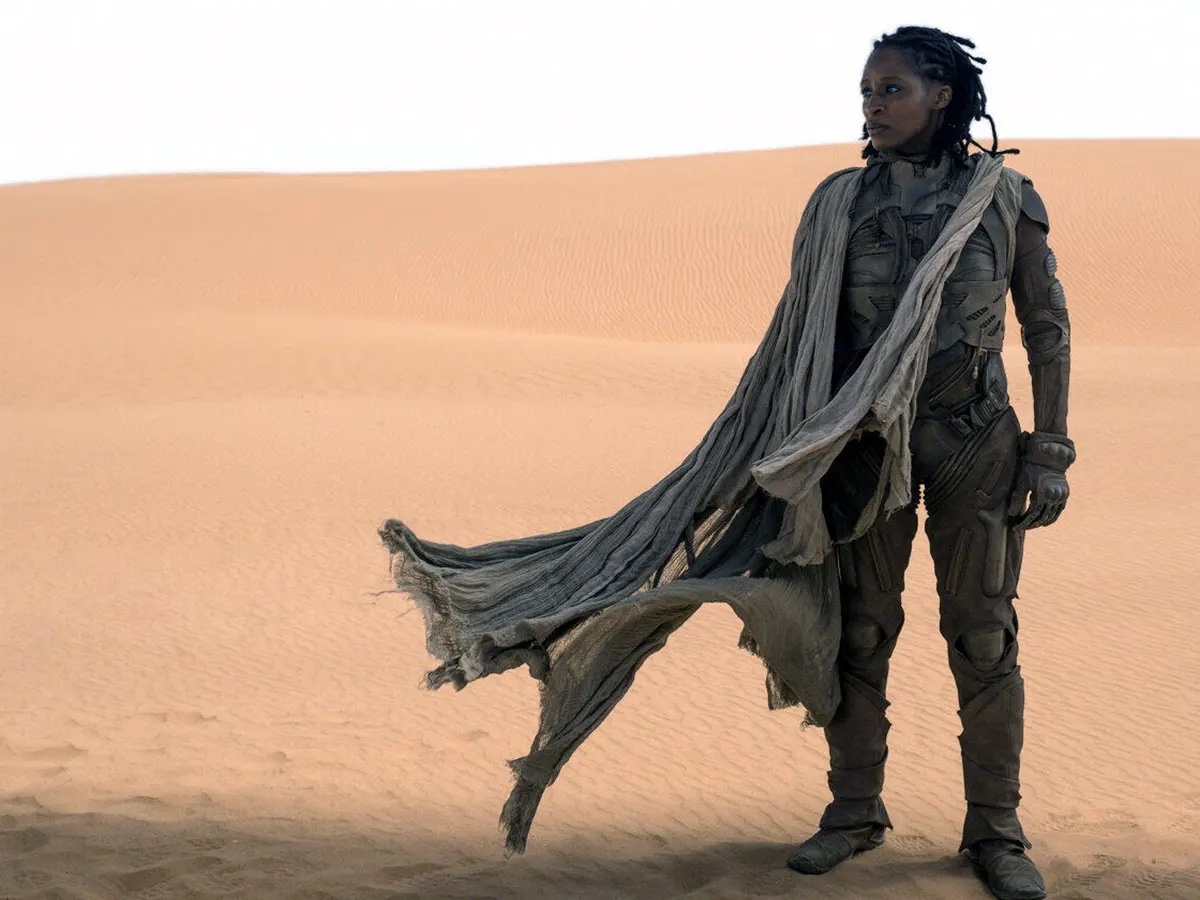 Okay, the cast is stacked and anticipation is high. But will this much-discussed remake of a legendarily bad adaptation of a legendarily good science fiction novel actually work? (You gotta admit, it looks pretty good…) 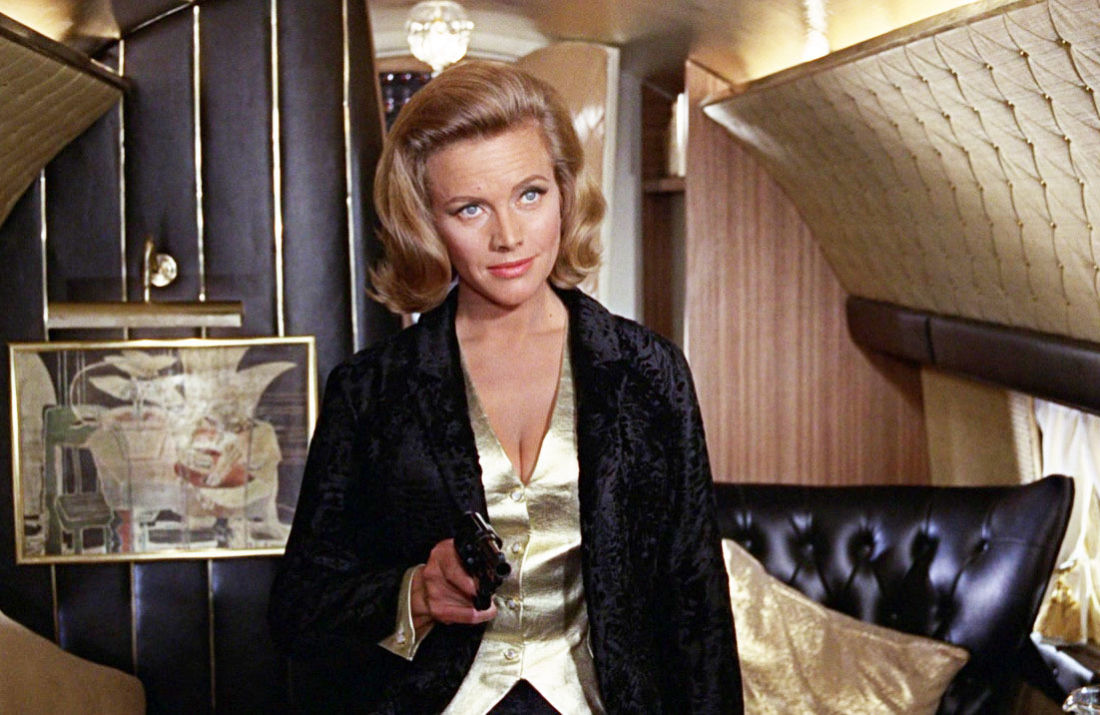 A lot of James Bond movies are coming to Hulu this month—which is probably related to the fact that the latest Bond, No Time to Die, comes out 10/8. You can watch them all if that’s your bag, but I’ll stick to recommending the best of the lot, which is obviously 1964’s Goldfinger (though I wouldn’t throw out cases for From Russia With Love and Dr. No, also available in October). 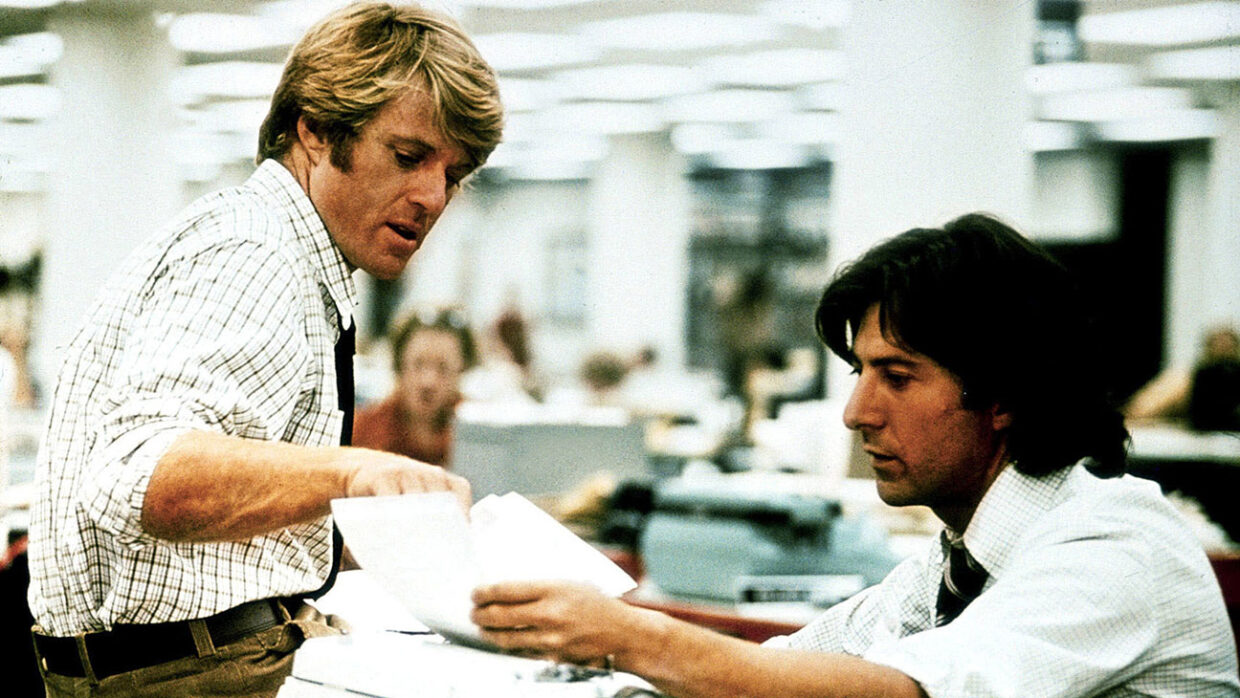 Literary bona fides: based on Carl Bernstein and Bob Woodward’s All the President’s Men (1974)

With Robert Redford (as Bob Woodward( and Dustin Hoffman (as Carl Bernstein) investigating the Watergate scandal, the movie is about as iconic as the book. Follow the money. 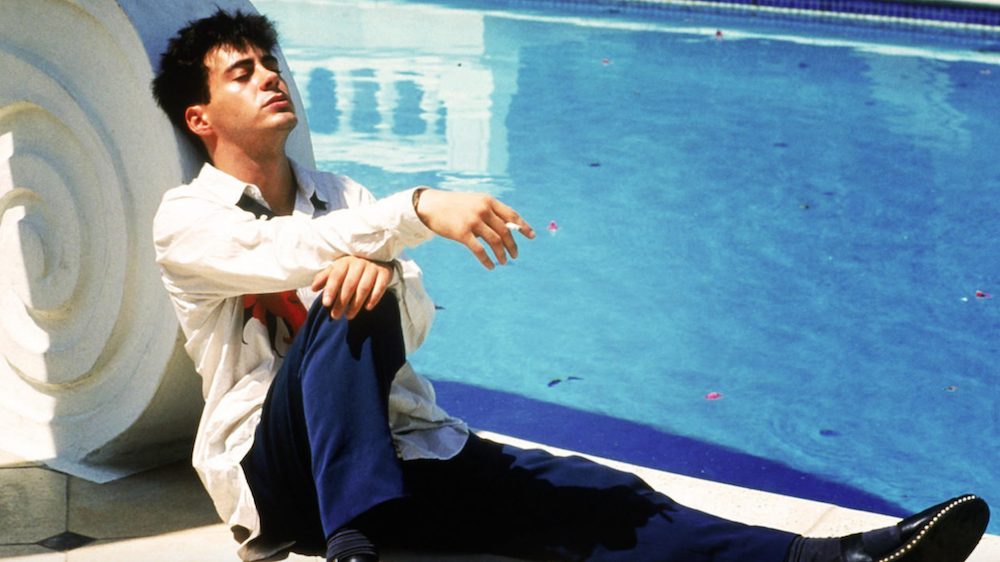 It’s not exactly a faithful adaptation—among other things, it was heavily sanitized by 20th Century Fox—but it’s an engaging cultural artifact in its own right. 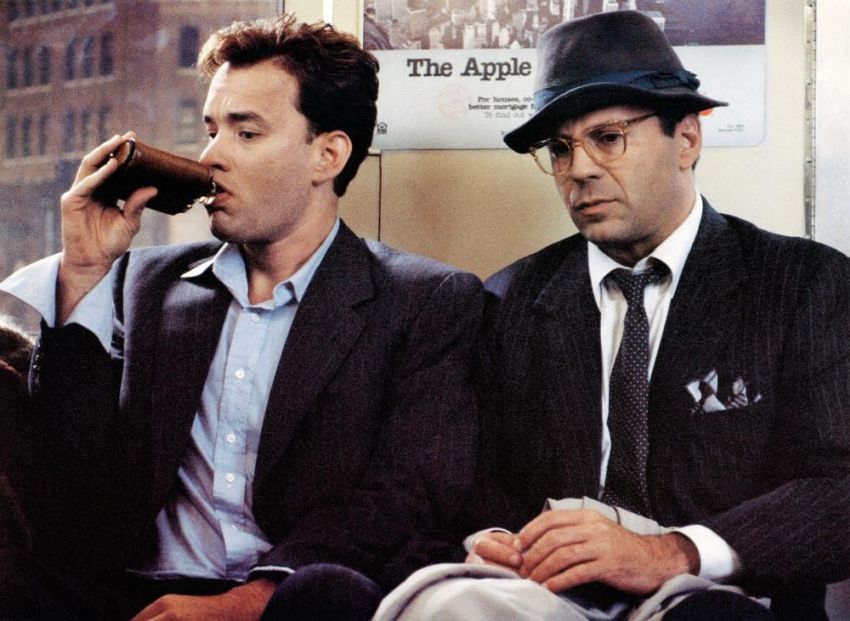 Literary bona fides: based on Tom Wolfe’s The Bonfire of the Vanities (1987)

How could a movie with a cast this good, based on a novel this good, be this . . . absurdly bad? You’ll have to watch and find out. If you’re into that kind of thing, I mean. 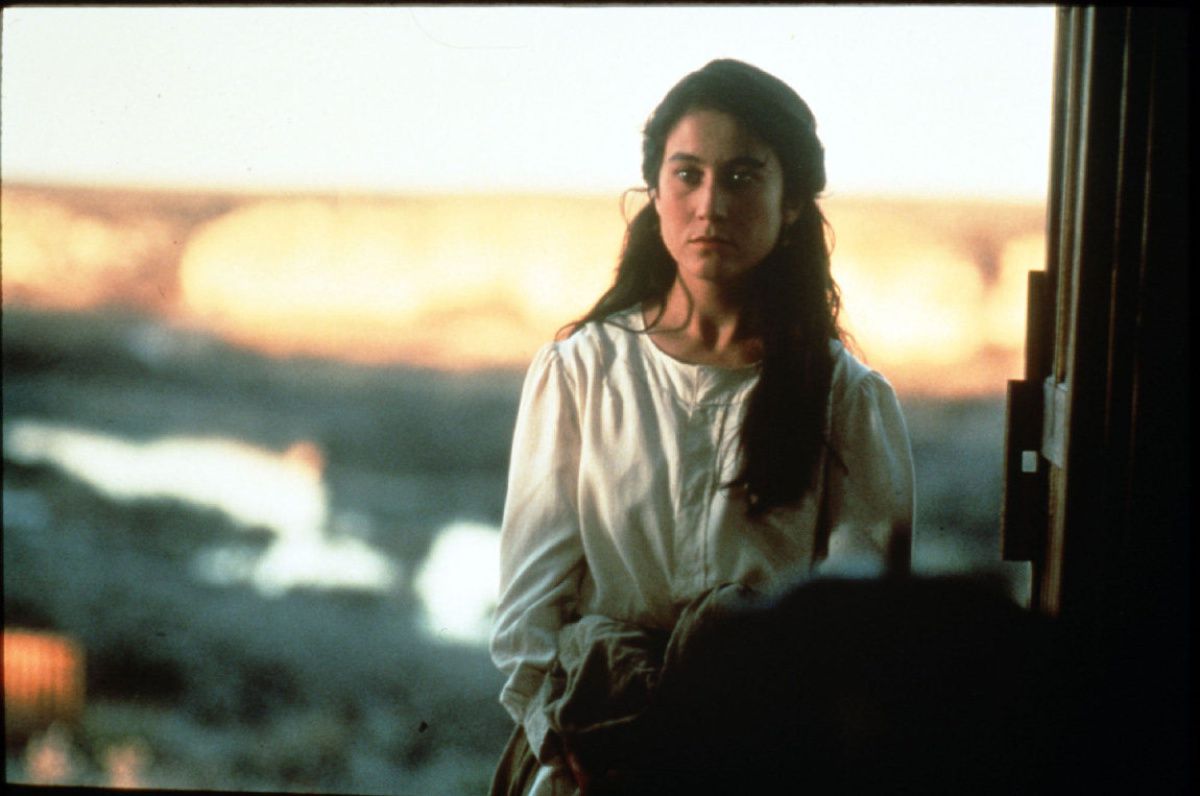 Literary bona fides: based on Laura Esquivel’s Like Water for Chocolate (1989)

After its release, this very sensual Mexican film became the highest-grossing foreign-language film ever released in the United States. Do not watch without snacks at hand—you’re going to get hungry. 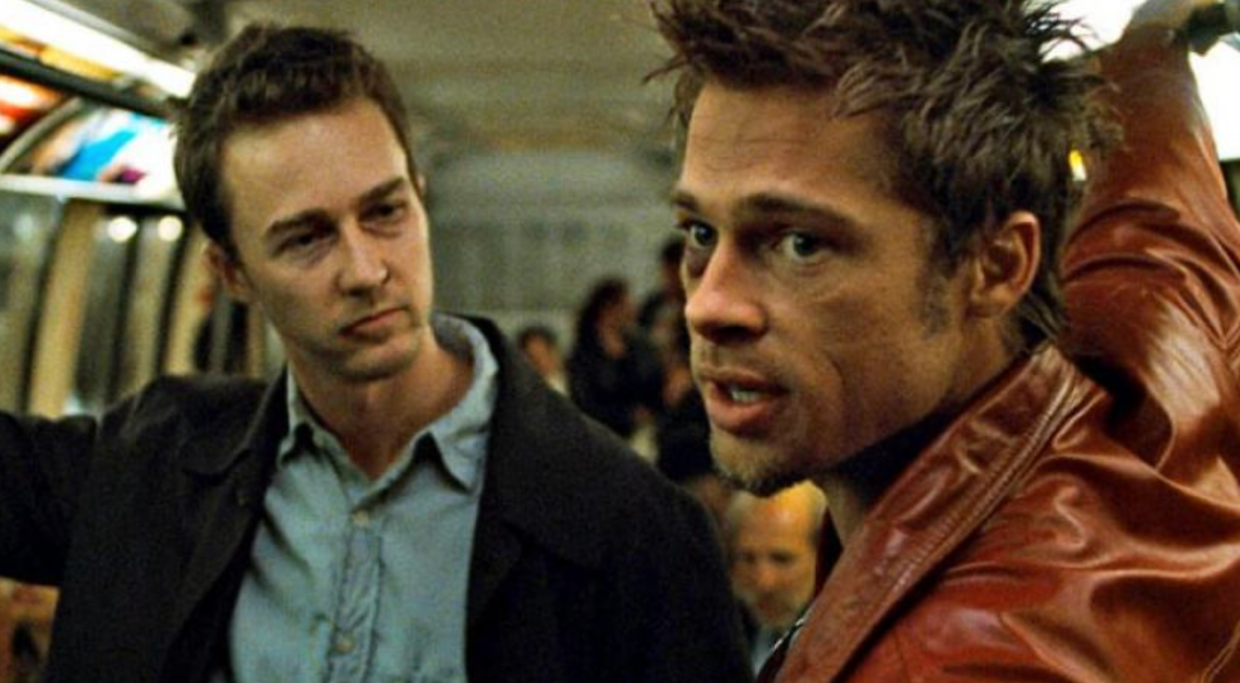 If nothing else, this is sure to be an interesting rewatch in the year of our lord 2021.

In case you’d like to how Michael Caine got an Oscar for saying goodnight to orphans—and remind yourself that Paul Rudd is a vampire. 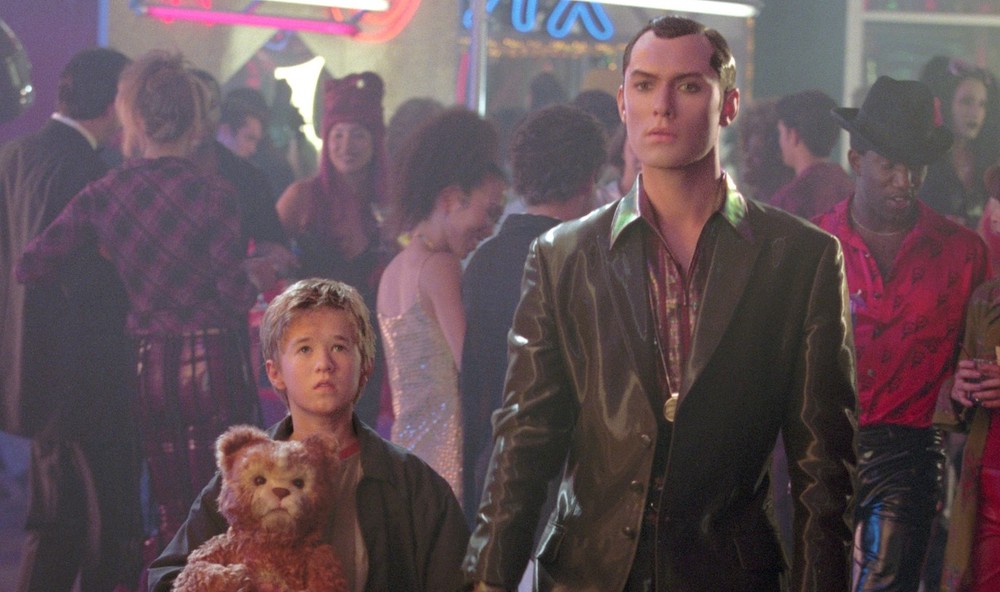 But of course: the tear-jerker Spielberg flick about a fake boy who wants to be a real boy, his robot teddy bear, and his new friend Jude Law as a robot prostitute named Gigolo Joe, on a quixotic quest to discover the true nature of humanity. Spoiler: Pinocchio is not real. 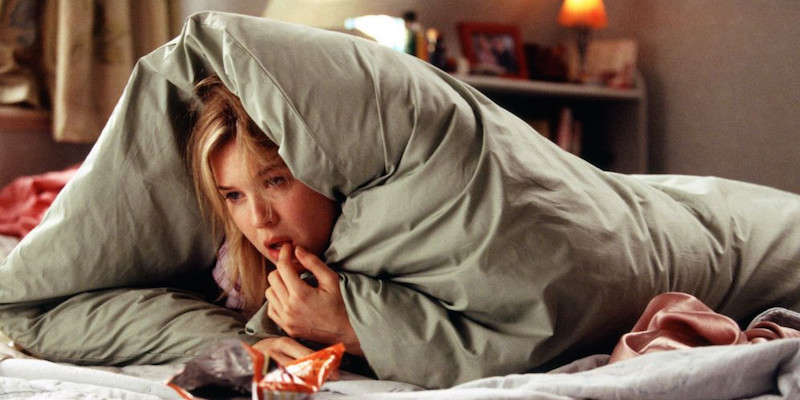 Yep, the book holds up and so does the movie—not least because it brings us the #1 best Mr. Darcy of all time. THAT’S RIGHT, I SAID IT. 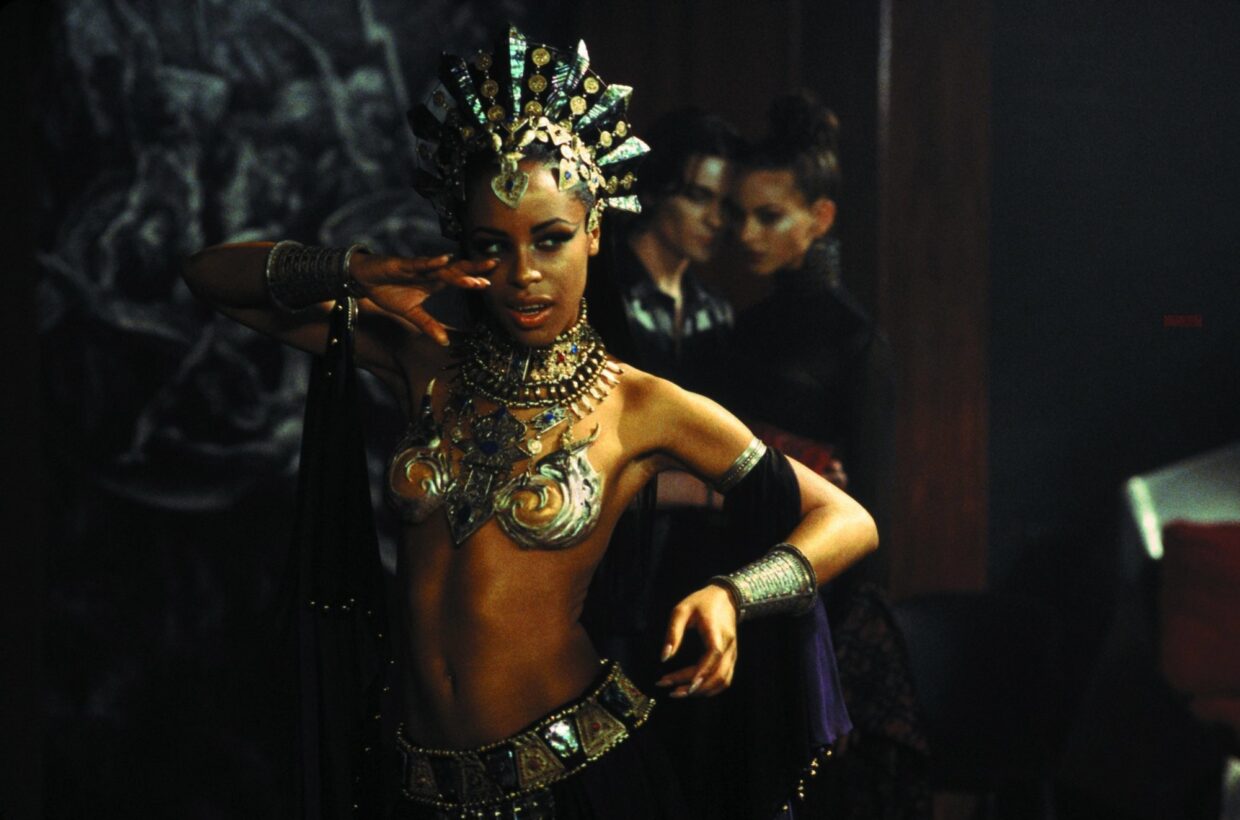 Literary bona fides: based on Anne Rice’s The Queen of the Damned (1988)

This is a “stand-alone sequel” to Interview with the Vampire, which I just take to mean that they couldn’t get Brad and Tom back. Luckily, they could get Aaliyah—this would be her second film role, and the last one before her tragic death. 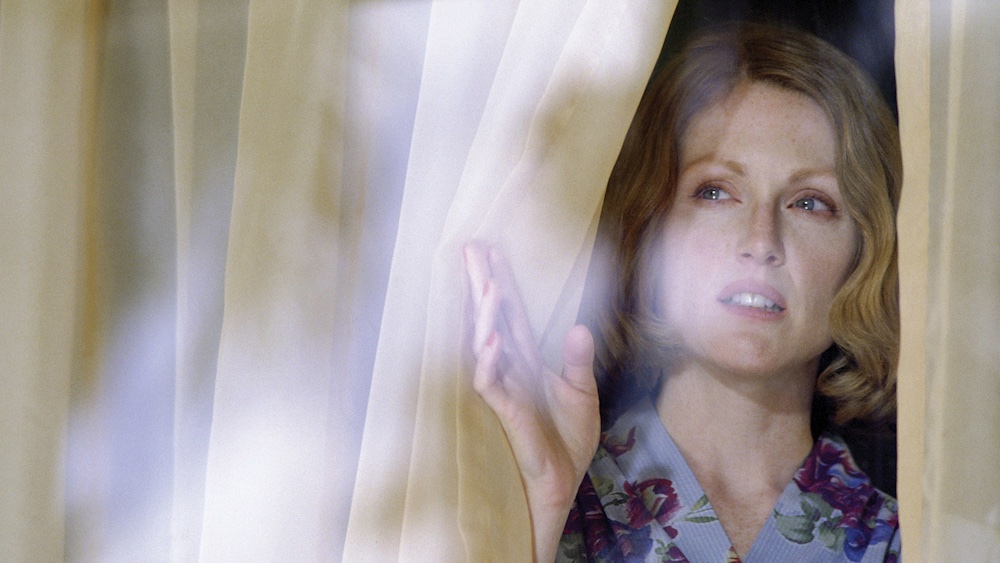 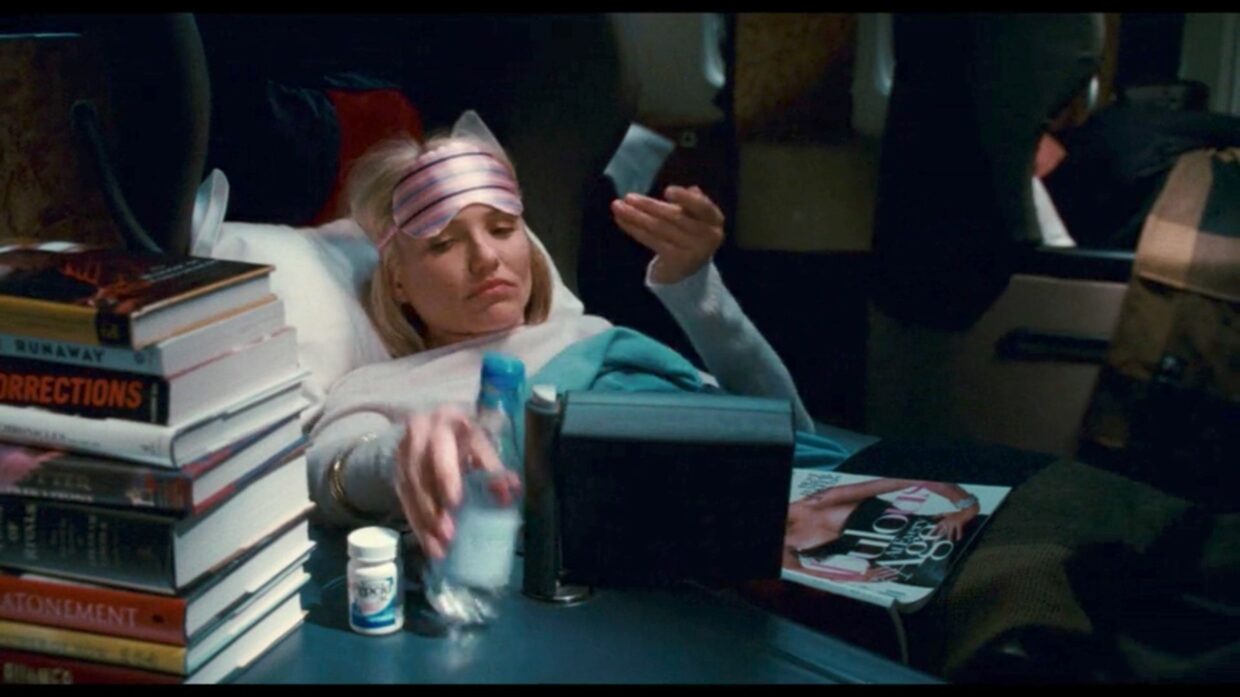 Literary bona fides: I hear you when you say that this is not a literary movie, but on the other hand, Jude Law is a book editor, Rufus Sewell is very realistic as an ex trying to get edits on his manuscript with emotional manipulation, and it includes one of the most iconic book stacks of the 2000s

Best holiday film of all time, do not @ me. Or you know what, go ahead. I stand by it. 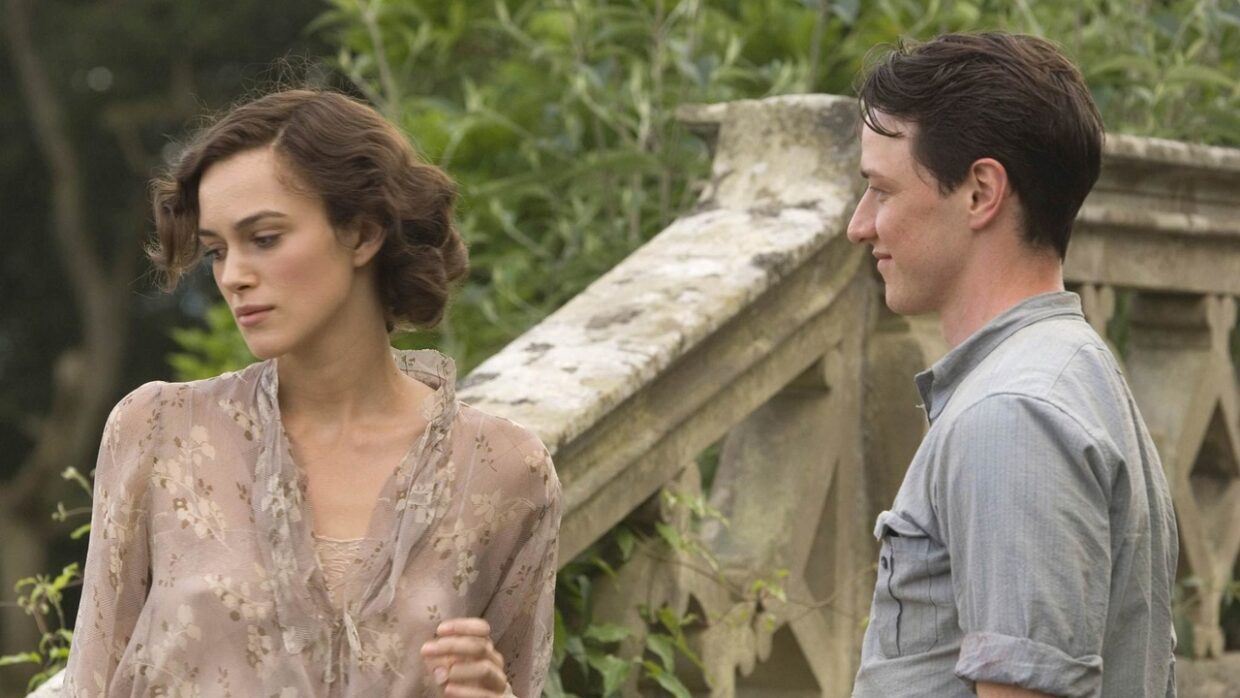 Ah, romance. Sort of. If you can make a romance out of a false-rape-accusation plot, in which the only actual rapist gets to live happily ever after. Which it seems you can. Good twist, though. 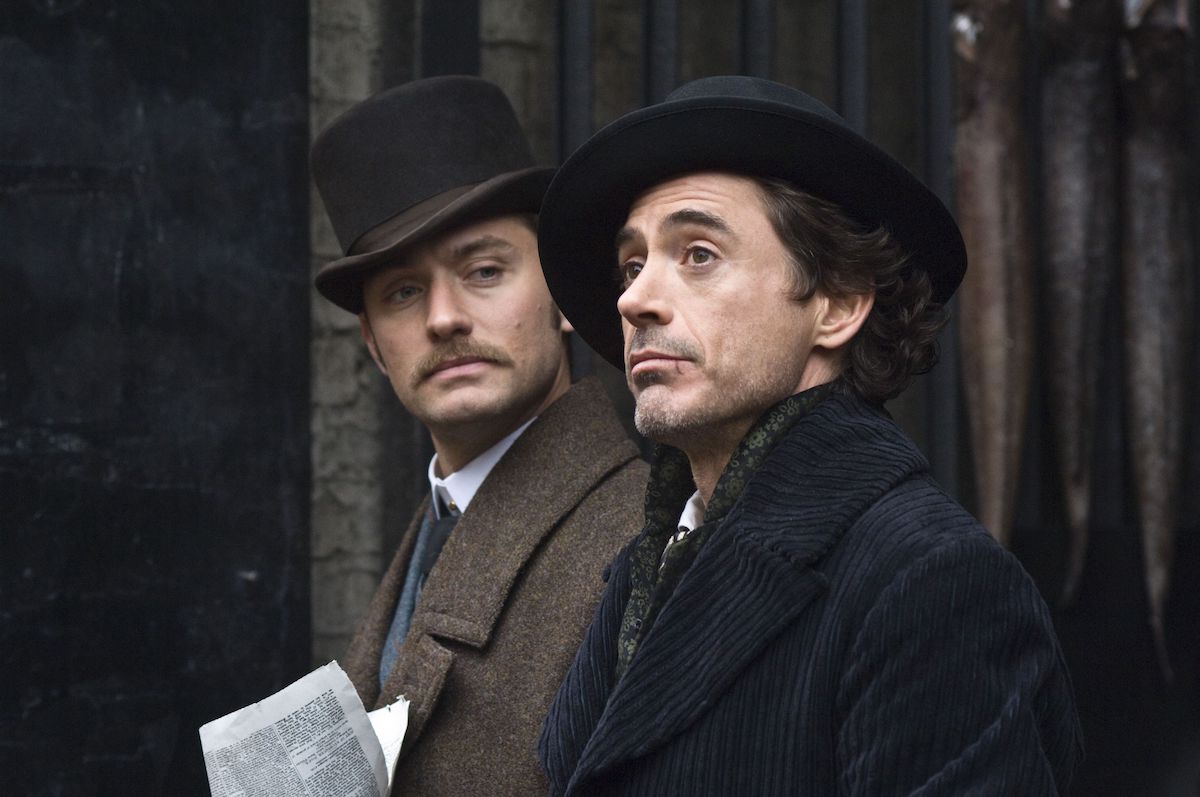 Literary bona fides: This is a Sherlock Holmes movie.

Guy Ritchie will always have a special place in my heart, and this particular Guy Ritchie flick? Sure, it’s ridiculous, more slick surface than substance, but you’d have to be an insufferable snob not to find at least a little joy in it. 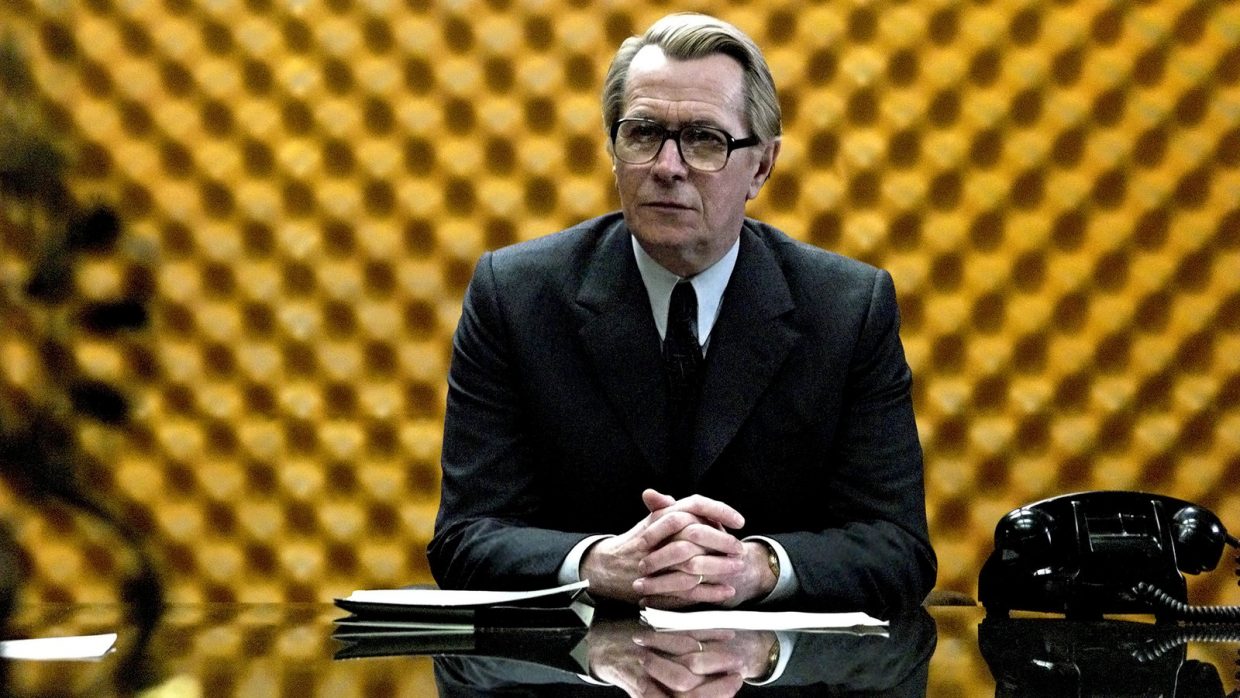 After all, it’s one of the best literary film adaptations of the decade, and as Book Marks editor Dan Sheehan put it, so well done “that you can almost smell the stale cigarette smoke and flop sweat, feel the scratchy suit fabric and stained shag carpeting.” 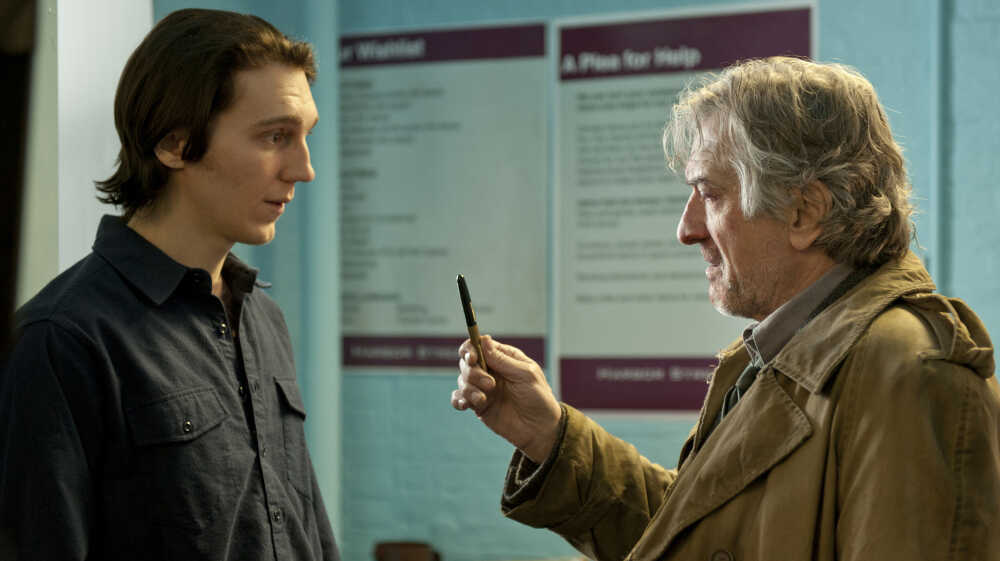 Overall, the movie isn’t amazing—though in my view the worst part is that they changed Nick Flynn’s glorious title to the Hollywoody and boring Being Flynn—but De Niro absolutely shines. 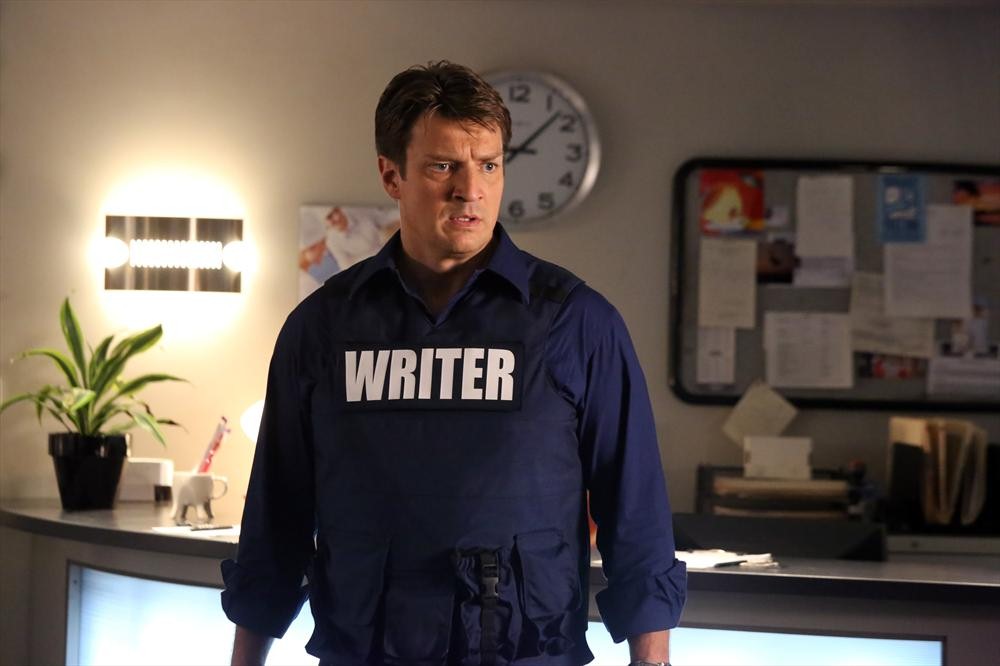 Literary bona fides: a crime show about a crime novelist!

If you have some time on your hands and enjoy yourself some banter, you could do worse than bingeing this TV show about one of our favorite fictional writers, bestselling crime novelist Richard Castle, who, to deal with his writer’s block and also amuse himself, joins forces with an actual homicide detective to solve weird crimes in New York City. 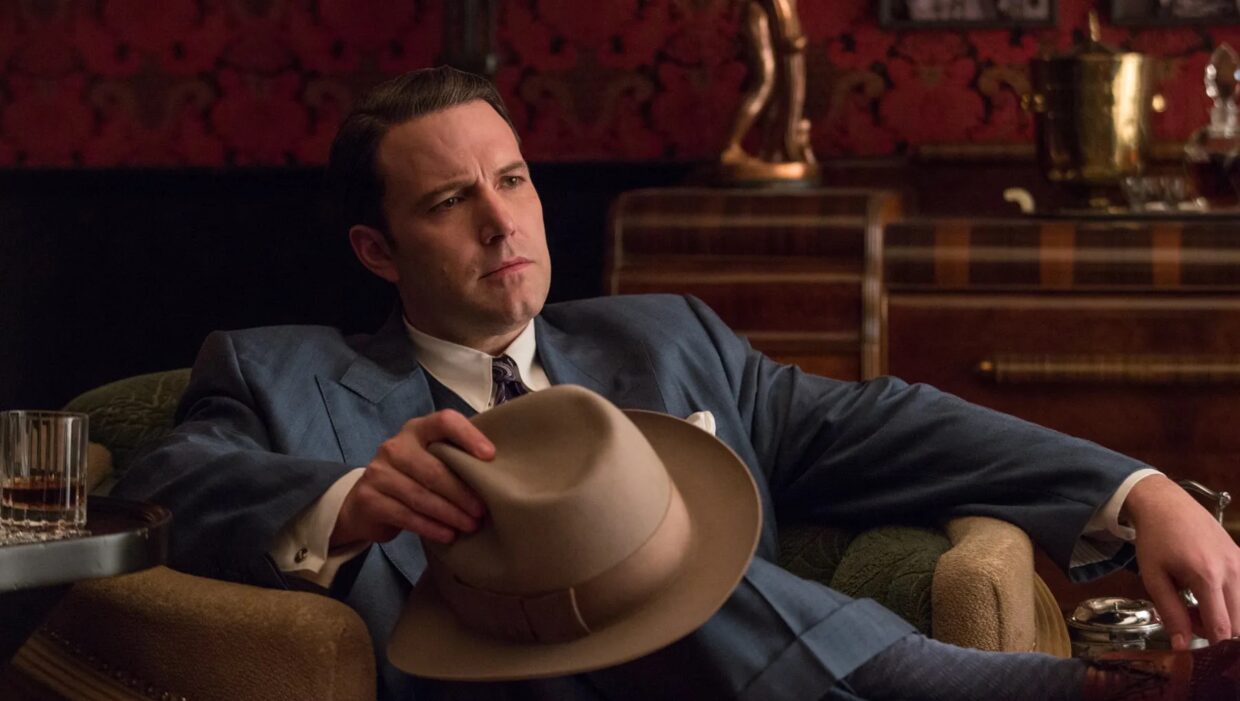 Literary bona fides: based on Dennis Lehane’s Live by Night (2012)

It’s not, like, good, but you might as well celebrate the Benaissance in style—we all know he will be. 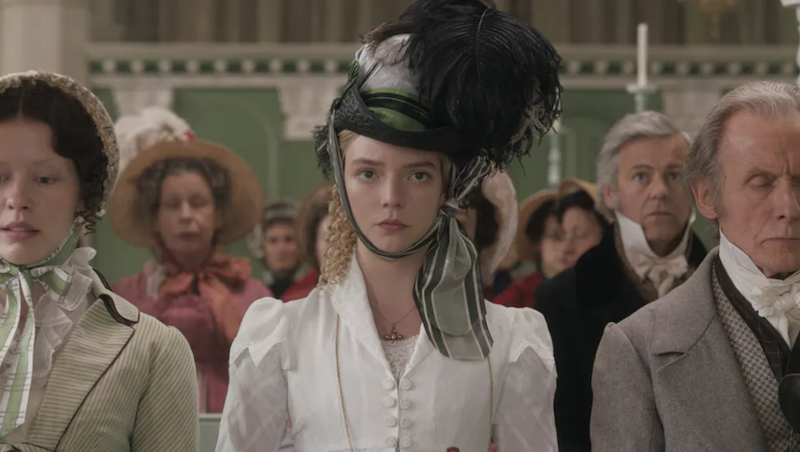 A bit like the classic 1996 Emma got a Clueless-style makeover—in a good way. 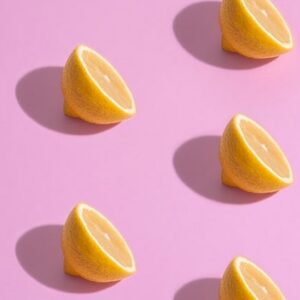 “Why, you see, the girls are always buying them, and unless you want to be thought mean, you must do it, too. It’s nothing...
© LitHub
Back to top
Loading Comments...